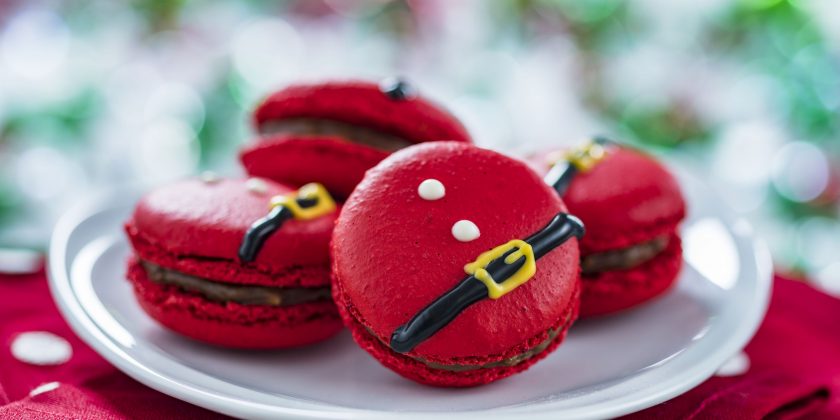 Yes, yes, we all had a great time ooh-ing and ahh-ing over this year’s batch of Disney’s Halloween treats, but it’s time to move on. And, wouldn’t you know it, they’ve now provided an extremely delightful bunch of new treats ahead of the holidays for us to obsess about. Here are just a few (really, there are tons) of the cutest ones.

Per Disney, these lil morsels are almond-flavored and stuffed with a hazelnut filling. They also come in a pack of five, so it’s not like you have to worry about sharing with friends. This is part of Disney Hollywood Studio’s Flurry of Fun, BTW. Ugh! So cute! 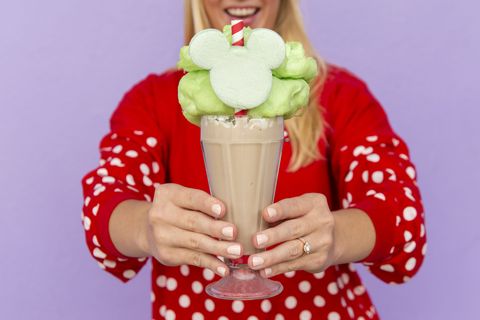 As part of the Magic Kingdom’s Mickey’s Very Merry Christmas Party, Auntie Gravity’s is serving this cookie butter (!) milkshake daily starting last week. It comes topped with cotton candy and a gigantic Mickey marshmallow, in case you missed that part. 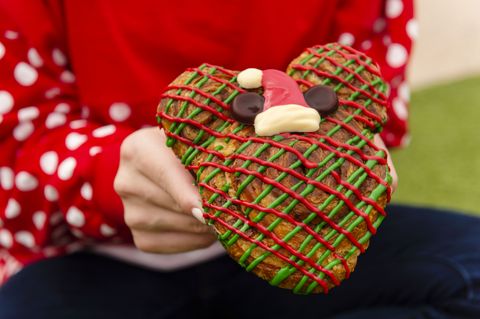 This is another Mickey’s Very Merry Christmas Party treat. It’s essentially a gigantic cinnamon roll topped with red and green frosting and a Mickey Santa hat, but that’s pretty much the best thing you could ask for, cinnamon roll-wise. 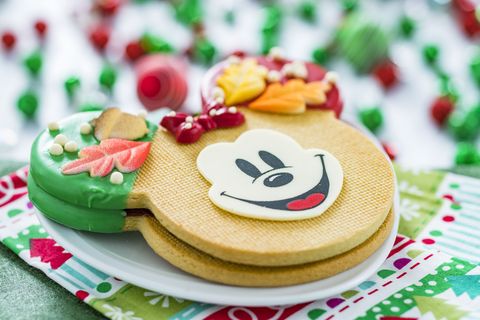 This super happy treat is a Flurry of Fun masterpiece—massive shortbread filled with raspberry jam and decorated with more red and green frosting. It also looks as though it could feed about a group of 10, so that’s nice.

Talk about a fLuRrY oF fUn (sorry, sorry)—these bad boys are “candy [apples] dipped in chocolate and decorated with more chocolate and marshmallow ears,” Disney explains. That just about covers all the major food groups, I’d say.

All the Very Merry Christmas treats will be served from Nov. 8 through December 21 in Magic Kingdom; the Flurry of Fun ones will be at Hollywood Studios through January 6. That may seem like a long time, but, like all Disney treats, they’re sure to go quickly, so you should probably go get them as soon as possible.

And, you know, have the best holiday season ever. Yay!