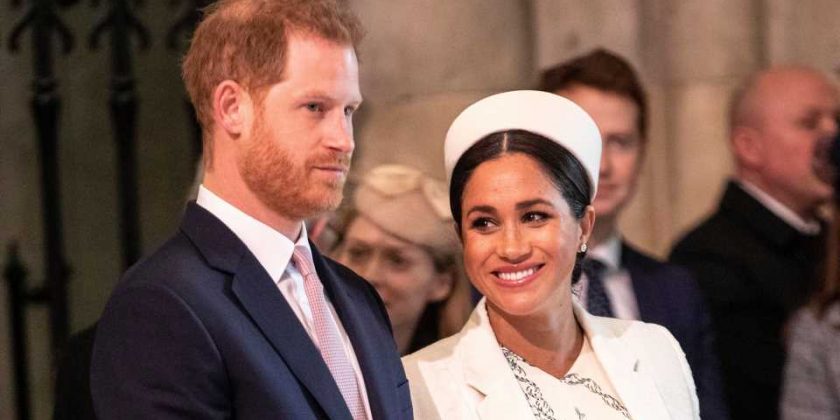 Along with seemingly everyone else in the universe, we’ve been waiting with bated breath for the arrival of the newest member of the royal family, and we were ecstatic to hear that Meghan, Duchess of Sussex, and Prince Harry had welcomed a healthy baby boy into the world on Monday. But we weren’t alone in our joy – the bigwigs over at Dairy Queen have found a way to celebrate, too.

Riffing on the name of their Royal Blizzard Treats, the chain has announced that, for the month of May, the “mini” size of these frozen confections will be dubbed “Royal Baby Blizzards,” in honor of the wee royal lad.

The treats do sound appropriately celebratory. For chocolate lovers, there’s the Royal Reese’s Brownie Blizzard Treat, which is a creamy blend of Reese’s Peanut Butter Cup pieces, brownie pieces, and vanilla soft serve that’s filled with a peanut butter core. If your tastes are more in line with the Golden Girls, you can’t beat the Royal New York Cheesecake Blizzard treat, which is made from vanilla soft serve blended with cheesecake pieces and graham cracker bits, then filled with a gooey strawberry center. And if you’re a new mom like Duchess Meghan? Well, you obviously deserve one of each! The miniature size is only 6 oz, after all.

Dairy Queen has said that the name change will last through the month of May, so hopefully the happy new royal parents will be able to take a break at some point to enjoy the summery treat named after their progeny. They’ve been pretty quiet up to this point, but if anything is worth broaching the paparazzi, surely it’s ice cream?

They might also be able to find some parenting inspiration at the ice cream chain. They royal baby’s name has yet to be announced, but if Dairy Queen is going to name a treat after it, then maybe Meghan and Harry could return the favor. Little Baby Buster (as in Peanut Buster Parfait) has quite a ring to it, no?