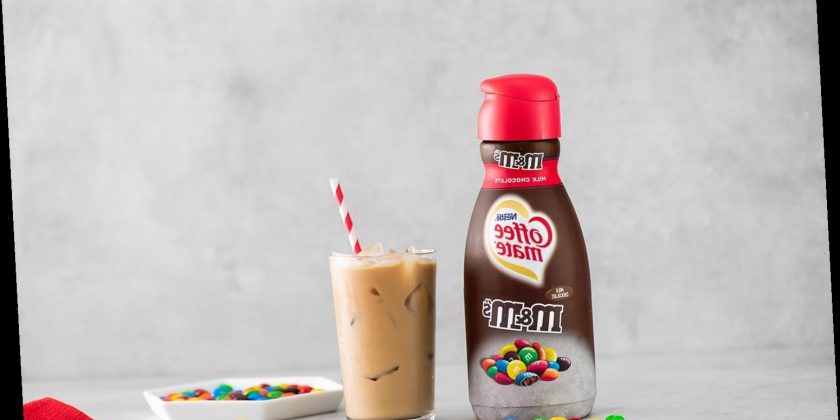 Coffee-Mate is known for making some seriously sweet coffee creamers, and the latest one is perfect for anyone who is chocolate-obsessed.

Coffee-Mate M&M's Milk Chocolate Creamer is coming to make your mornings a little sweeter. According to a statement from the brand, it's "made with notes reminiscent of classic Milk Chocolate M&M’s," and will melt into the mug to create a decadent "coffee-meets-chocolate experience. "

You'll have to wait a while to try it for yourself though, the M&M's creamer isn't hitting shelves until after the holiday season in January 2021— just another thing to look forward to next year! Until then, Coffee-Mate has some other luscious creamer flavors that are currently available — like Cinnamon Toast Crunch and Pillsbury's Funfetti Cake.

How do these creamers compare to the originals they’re designed after, though? According to Coffee-Mate, the Cinnamon Toast Crunch tastes like the “cinnamilk” left at the bottom of the cereal bowl: cinnamon, brown sugar, and hints of toasted cereal. As for the Funfetti flavor, it has notes of vanilla, cake batter, and a sweet frosting finish. The only thing that’s missing is the rainbow sprinkles, but we won’t judge if you add some to your cup.

Both are available nationwide for $3.99 and come in 32 oz. bottles.