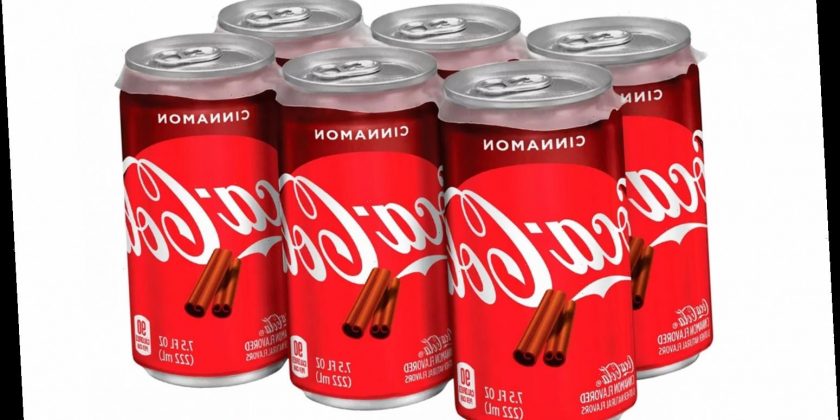 Coca-Cola has resumed its seasonal spiciness!

After making the flavor available last fall, the soda brand has re-stocked the Cinnamon Coke flavor for a "limited time only," available in cans and bottles.

"Cinnamon, spiced and everything nice," a slogan reads on the official website, touting the return of cinnamon. "Look for this festive fall favorite online or at a retailer near you."

The company rolled out the cinnamon flavor last year, the first time it was available in the U.S. after previously being offered in the U.K., according to Food and Wine. The option was available last year through through Dec. 31, or while supplies last, though a Coca-Cola rep did not immediately respond to PEOPLE's request to confirm how long it would stay on shelves in 2020. Over the summer, Coca-Cola announced its new coffee-infused soda line, aptly named Coca-Cola with Coffee. Each 12-oz. can is infused with Brazilian coffee and packs 69 mg of caffeine (nearly double the amount in a typical can of Coke.) The beverage is said to have the same taste of a classic Coke but with a hint of coffee flavor in three varieties — dark, vanilla and caramel.

Last year, they launched a soda-coffee hybrid in 25 countries with major success. You'll have to wait a little longer to taste test these cans, though: The new drink won't be available nationwide until January 2021, unless you're apart of Coca-Cola's Insider Club. Members of the club will receive a special taste before it hits the market early next year.