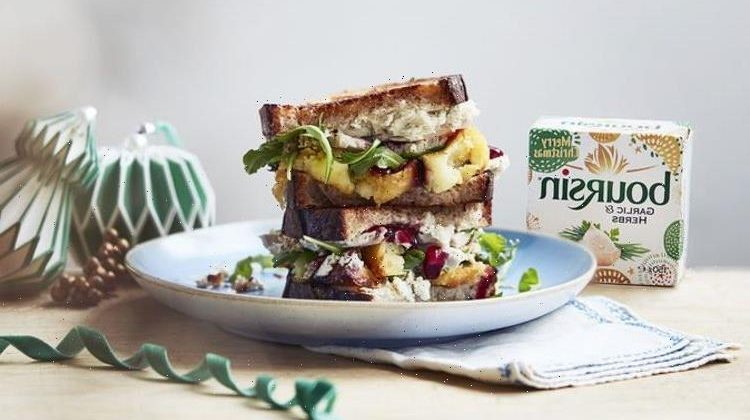 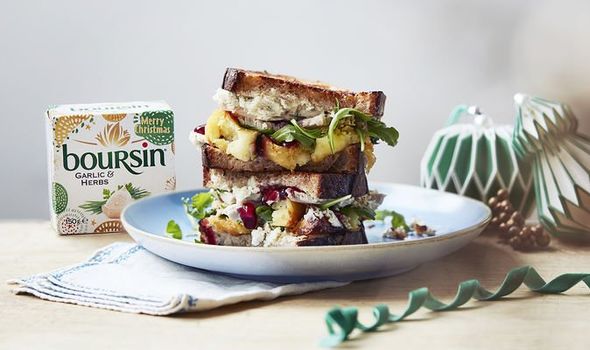 More than 250 million sprouts will go down the nation’s hatches, alongside 162 million portions of Christmas pudding, from December 1 to January 1. Festive roasts will also be washed down with more than 255 million ladles of gravy, and more than 366 million glasses of wine.

And perhaps as a result of all the food and drink bought in the festive period, 68 percent admit they tend to overindulge when Christmas comes around.

A spokesman for Boursin, which commissioned the research, said: “A lot of food is consumed during the Christmas period and, for many, that and enjoying time with loved ones is what the season is all about.

“But it’s important, as it is all year round, to try and get creative with leftovers to ensure as little food as possible goes to waste.”

The study found that one in three of the adults polled cite eating Christmas dinner leftovers as their favourite part of the festive season.

They expect to wolf down no fewer than three dinners each on average over the month of December and attend a further two Christmas parties.

But, according to the OnePoll figures, nearly half (48 percent) admit they tend to over-buy when they’re stocking up on festive food and drink.

And despite a huge 72 percent claiming they would like to be “savvier” and waste less, nearly a quarter will end up throwing uneaten food away.

While four in 10 of those polled said they don’t like wasting food at Christmas – but feel they have “no choice”.

Boursin’s spokesman added: “People are increasingly committed to combatting food waste, but inspiration and time can be real barriers to achieving this goal.

“That’s why we’re delighted to work with FoodCycle and chef Kenny Tutt to raise awareness and funds for a great cause through our “You Create, We donate” campaign.

“By getting creative in the kitchen we can work to reduce food waste, feed communities and free up more of our precious Christmastime to focus on what’s important.”

British cook and MasterChef winner, Kenny Tutt, added: “Getting creative doesn’t have to mean hours in the kitchen. It’s about finding tasty tricks and simple solutions to combat waste.

“I’ve always felt passionately about the role food plays in bringing people together and the fantastic work FoodCyle are doing epitomizes that.”

Boursin is encouraging consumers to get creative with their leftovers and will donate £5 to FoodCycle for every dish shared on social media tagging @BoursinUK and using the hashtag #youcreatewedonate.