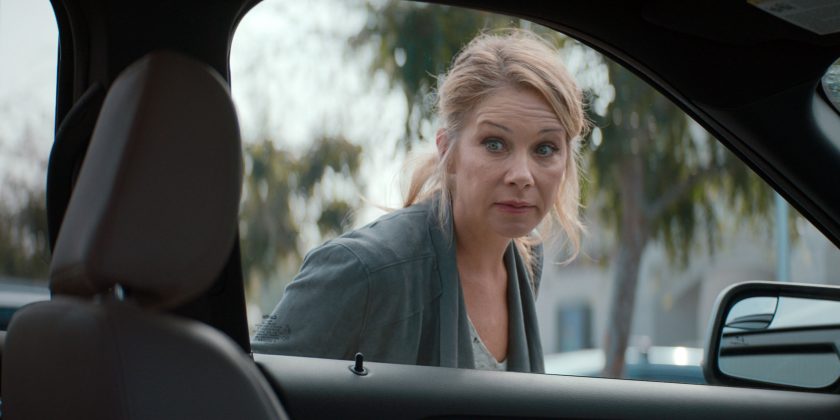 Christina Applegate will make her Super Bowl commercial debut this February as the star of an M&M’s spot that may be all-too-relatable for parents.

The Emmy-winning actress, 47, plays a frustrated mom who continues to get locked out of her car during a grocery shopping trip.

A teaser for the commercial (above), directed by Craig Gillespie (I, Tonya), shows Applegate struggling to open the car door as it keeps being unlocked and locked from the inside.

“Unlock the door please. Real fun game but unlock the door. I’m not kidding,” she says while glaring into the car window.

RELATED: Watch Sarah Jessica Parker Recreate the Iconic Sex and the City Opening Scene for a Good Cause

At the end of the 15-second clip, Applegate is still playing a game of lock tag and the shot pans out with her kicking the vehicle and cursing to open the door.

The actress and mom to daughter Sadie, 7, tells PEOPLE in an exclusive interview about her excitement for the commercial.

“I’m so unbelievably thrilled,” she says. “I’ve always wanted to do Super Bowl commercial, there’s something to it. They have these big scopes and storylines that are funny and epic, and people talk about them. When they called me for this I was like ‘absolutely’.”

Applegate says that playing the role of a frustrated mom was “not a hard stretch” as the car is one of the most challenging places with kids.

However, the actress has tactics of her own to help her keep her cool in these mom moments.

“I turn music on in the front of the car and try to just listen to that instead of their screaming behind me…you can only say ‘please stop that’ so many times and not be listened to, before you go completely bonkers,” she adds with a laugh.

The star shot the commercial in while wrapping her upcoming Netflix series, Dead To Me, and says she is looking forward to going back to routine of “mom life.”

The full 30-second ad will air during the first commercial break following the kickoff of Super Bowl LIII on Sunday, Feb. 3 on CBS.