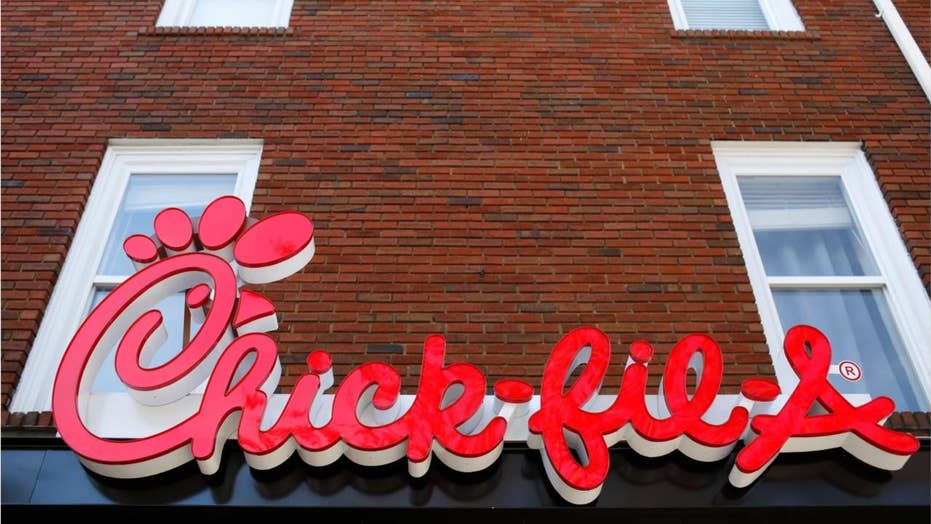 Chick-fil-A fires back after being excluded by NJ college

Chick-fil-A fired back at a private New Jersey university that believes the restaurant doesn’t belong on the menu for students over its Christian values.

Chick-fil-A fired back at a private New Jersey university that believes the restaurant doesn’t belong on the menu for students over its Christian values.

Rider University asked students earlier this year what fast-food chain they would like to see on campus, circulating a survey in which students can select their preferred choice. But once it became clear students were craving Chick-fil-A, the university excluded the option, citing concerns over the company’s attitudes towards LGBTQ community.

The chain pushed back against the university's characterization, saying the restaurant is merely providing food and doesn't have any agenda.

"Chick-fil-A is a restaurant company focused on food, service and hospitality, and our restaurants and licensed locations on college campuses welcome everyone. We have no policy of discrimination against any group, and we do not have a political or social agenda," the restaurant's spokesperson told CBS News.

The school said in a statement that the Chick-fil-A option was removed “based on the company's record widely perceived to be in opposition to the LGBTQ community.

It admitted that the move could be perceived as a “form of exclusion,” but the institution wanted to remain “faithful to our values of inclusion.”

Chick-fil-A is a fast-food chain well known for its Christian values, whose corporate purpose is “To glorify God by being a faithful steward of all that is entrusted to us.”

The company has been criticized in the past over CEO Dan Cathy's views concerning gay marriage. In 2012, he came out in defense of the traditional definition of marriage and expressed views critical of gay marriage stemming from his Christian faith.

Chick-fil-A was removed as one of the options based on the company’s record widely perceived to be in opposition to the LGBTQ+ community.

Rider University said it will organize a forum so all students and faculty members could voice their views over the situation.

Earlier this month, the Pittsburgh Public Schools board of directors voted unanimously to oppose Chick-fil-A as the corporate sponsor for the Pittsburgh Kids Marathon and Kids of Steel program, TribLive reported.

The school board voted the resolution over concerns about the company’s historic stance on LGBTQ issues.

“The family-owned, privately held restaurant company has expressed views contrary to and in conflict with the district’s non-discrimination policies,” the school board resolution said, according to the outlet..

In June, Twitter CEO Jack Dorsey was also slammed for merely spending money at the restaurant, prompting his apology, saying he “completely forgot about [the restaurant’s] background.”