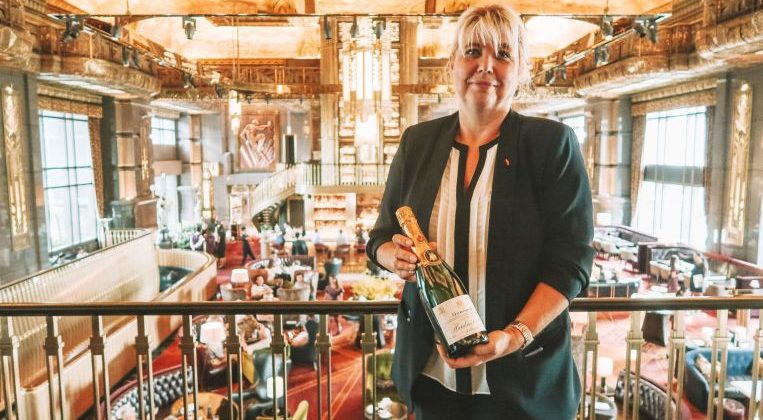 Drink aficionados can now sip champagne that is close to what was served aboard the ill-fated Titanic.

The Heidsieck & Co Monopole Gout Americain has been revived by the champagne house exclusively for top local bar Atlas.

The bubbly was first available in the 1900s and supplied to, among others, the Russian Imperial Court.

The Swedish cargo ship Jonkoping was making its way to St Petersburg in Russia in 1916 when it was sunk by a German U-Boat.

But 2,500 of the 3,000 bottles of the Heidsieck & Co Monopole champagne on board remained well preserved at the bottom of the Baltic sea for the next 82 years, before a Swedish search team found the wreckage and resurfaced it in 1998.

Three of the bottles are housed in Atlas’ champagne room beneath its centrepiece gin tower. They retail at $190,700 a bottle.

The modern-day re-creation of the label retails at $170 a bottle and will be available at Atlas until October 2020.

The team at Heidsieck & Co Monopole pulled up the original recipe from its archives for this revival champagne.

The salvaged bottles let them know how it was supposed to taste. ”The salvaged champagne was very heavily sugared, so we didn’t reproduce it with the same dosage (sweetness level) because today you would not drink it – it’s much more like jam than champagne,” says Madam Nathalie Vranken, coowner of the Vranken-Pommery Monopole group, the parent company of Heidsieck & Co Monopole, one of the oldest champagne houses in the world.

Just like in 1907, the assemblage, or the blend of wines, is made of a third each of chardonnay, pinot noir and pinot meunier grapes.

But the revived champagne recipe has been slightly modified for modern palates.

”Almost 95 per cent of the champagne drunk in the world now is Brut,” says Mr Matthieu Chapoutier, Asia-Pacific export manager of Vranken-Pommery Monopole.

”But we also wanted people to be able to experience drinking champagne that was a little sweeter, similar to what was drunk at that time”.

With its grand 1920s Art Deco interior, Madam Vranken felt that Atlas was the perfect place to launch this limited run of the champagne.

”All the ingredients were there – we had the story, we had the wines and the winemaker,” she says.

The project was first discussed with Atlas and wine distributor Wine Clique 11/2 years ago.

Reviving this champagne is just the tip of the iceberg for what Madam Vranken hopes to do to keep her products relevant in a crowded market.

”We can act differently because we are a large player, so we can come up with something unusual and fun,” says the Frenchwoman.

Pommery, another champagne owned by Vranken-Pommery Monopole, has introduced Royal Blue Sky in markets such as Australia.

The non-vintage champagne, which comes in a bright blue bottle, is meant to be served on ice, which would be considered sacrilege for some.

But she acknowledges that ”the world has changed and the way of drinking champagne will also change”.

‘Today, we are living in an Instagram world, where nothing bad ever happens, your life is always wonderful… so what we need to offer you is a moment to share that happy life with other people,” she says.