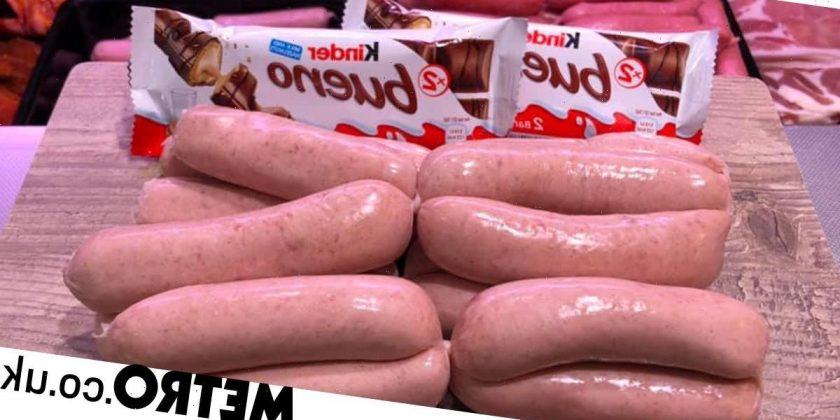 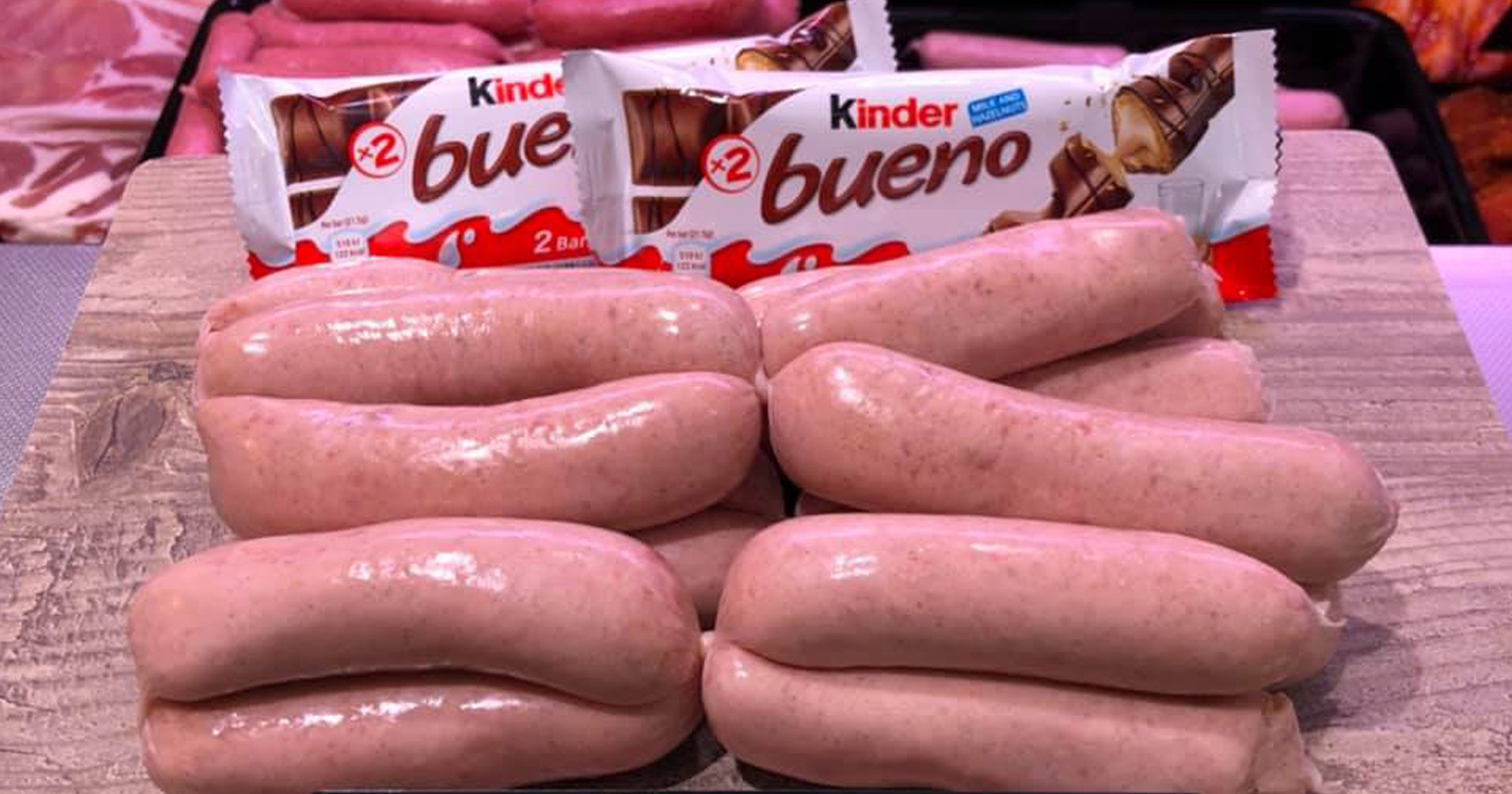 It’s BBQ season and we can all get on board with a good sausage.

Whether it’s a spicy flavour, sweet like pork and apple, or a veggie-based one, there’s something for everyone.

But how does pork mixed with a Kinder Bueno sound?

That’s right, a butcher in Ireland has created a sausage containing the popular chocolate bar.

For those who aren’t aware, a Bueno is a combination of chocolate, wafer and hazelnut.

Larmer’s Butchers in Monaghan, Ireland, decided that it would be the perfect thing to mince up with some meat and squeeze into the casing.

The sausages cost €8 per kilo (£6.85) and are only available from their store.

Larmer’s has been around since 1929, so they do know a thing or two about meat and how to serve it.

The post soon picked up some attention and people had some strong feelings about the combination.

One said: ‘You’ve lost your mind if you’re even thinking of that madness!’

‘What has the kinder Bueno ever done to the monster who did this!?’ one person joked.

A few were a little more positive though.

Someone else said: ‘We need to try these.’