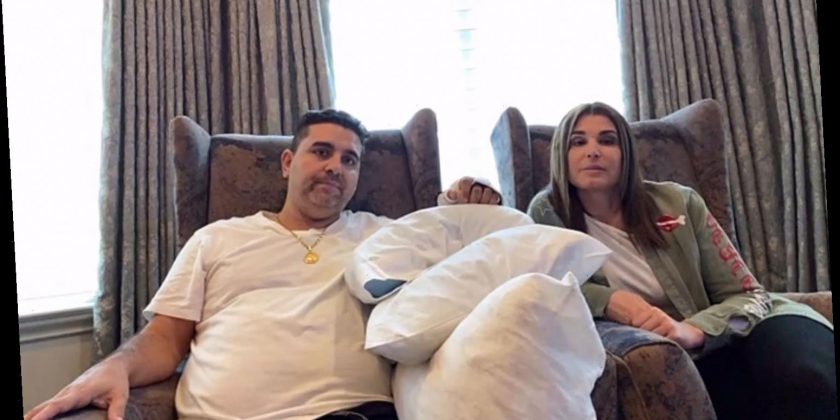 In the days that followed his horrific bowling accident, Buddy Valastro made a move that may have saved him his hand.

On Sept. 20, the Cake Boss star, 43, was fixing the pinsetter on his family's in-home bowling alley when the equipment pushed a barb in and out of his dominant hand over and over. “I looked at my hand, and blood was gushing everywhere,” he says in this week's PEOPLE. “It looked like a Halloween movie.”

The initial shock didn’t last long. Within five minutes, Valastro had instructed his eldest sons Buddy Jr., 16, Marco, 13, and his brother-in-law, Joe Faugno, to retrieve pliers and a saw to free him from the machine; 10 minutes later they were in the car heading to Morristown Memorial hospital, too anxious to wait for an ambulance.

That was when the pain set in, as his hand began to swell around the metal rod still lodged in his hand. “It was the worst pain that I’ve ever encountered in my life,” he says. After the rod was removed in his first surgery, Valastro and his wife, Lisa, sought the advice of Dr. Michelle Carlson at the Hospital for Special Surgery in Manhattan. Lisa had taken videos of his injury at Morristown Memorial to show the orthopedic surgeon.

Once he was released that night and settled at home, "we sent the videos to Dr. Carlson but she was already sleeping,” says Lisa. “So the next morning, bright and early, she called and said, ‘You need to get here now.’ ”

"She was afraid because there was so much swelling in his hand that it was strangling his muscles and the muscles could die,” she continues.

Adds Buddy: “Dr. Carlson thought I could have lost my hand. She was petrified.” The second surgery was a success, and Valastro is now resting at home in Montville, N.J. Because he has nerve, tendon and muscle damage, he will require physical therapy (and maybe more surgery).

"It's really preliminary right now," he says. "But they're saying it's definitely going to be a long road to recovery."

Despite it all, Valastro "feels lucky" things did not go worse.

"It went through my hand and through my two fingers, but if it was four inches lower, it would have hit my wrist and forget it, I could have bled out," he says. "You don't realize how close you were — or it could have ripped my fingers off. So much could have happened."

For more on Buddy Valastro and his scary accident, pick up the latest issue of PEOPLE on newsstands Friday.