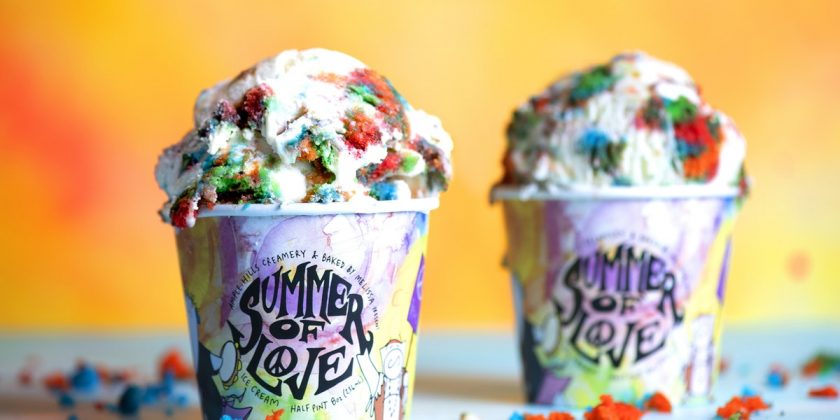 Like a golden retriever, The Rolling Stones, or Chuck Taylors, both tie dye and ice cream are seriously timeless treasures… especially during the hottest months of summer. So, it should come as no surprise that Baked by Melissa x Ample Hills Summer Of Love Ice Cream is back by popular demand for the third year in a row. I don’t know about you, but I’ve been waiting for its return for what feels like an eternity.

You may recall back in June 2017 when Baked By Melissa and Ample Hills collaborated to create the delicious brainchild that is Summer Of Love ice cream. According to the brand, Summer Of Love features Ample Hills’ sweet cream ice cream, which is churned with pieces of Baked by Melissa’s signature tie dye cupcake, as well as decadent vanilla buttercream icing. At this point, it’s a total summer delicacy and anyone who’s had the honor of eating it will be happy to know it’s making its long-awaited return.

According to the brand, it will be available in half pints at all Baked by Melissa locations (except at Garden State Plaza and in the Roosevelt Field Mall) for $6.50 each, and in scoops at all New York City Ample Hills shops costing $4.35 for a Kids size, $5.35 for a Small, and $7.35 for a large as of Friday, Aug. 16.

Like I said, Ample Hills and Baked By Melissa’s limited edition ice cream flavor is seriously giving off ’60s vibes, and the colors are totally tubular. Each scoop boasts bold hues of blue, red, orange, and green, and if you don’t believe me, take a look at it below — one singular scoop will quite literally transport you back to the days of Woodstock. 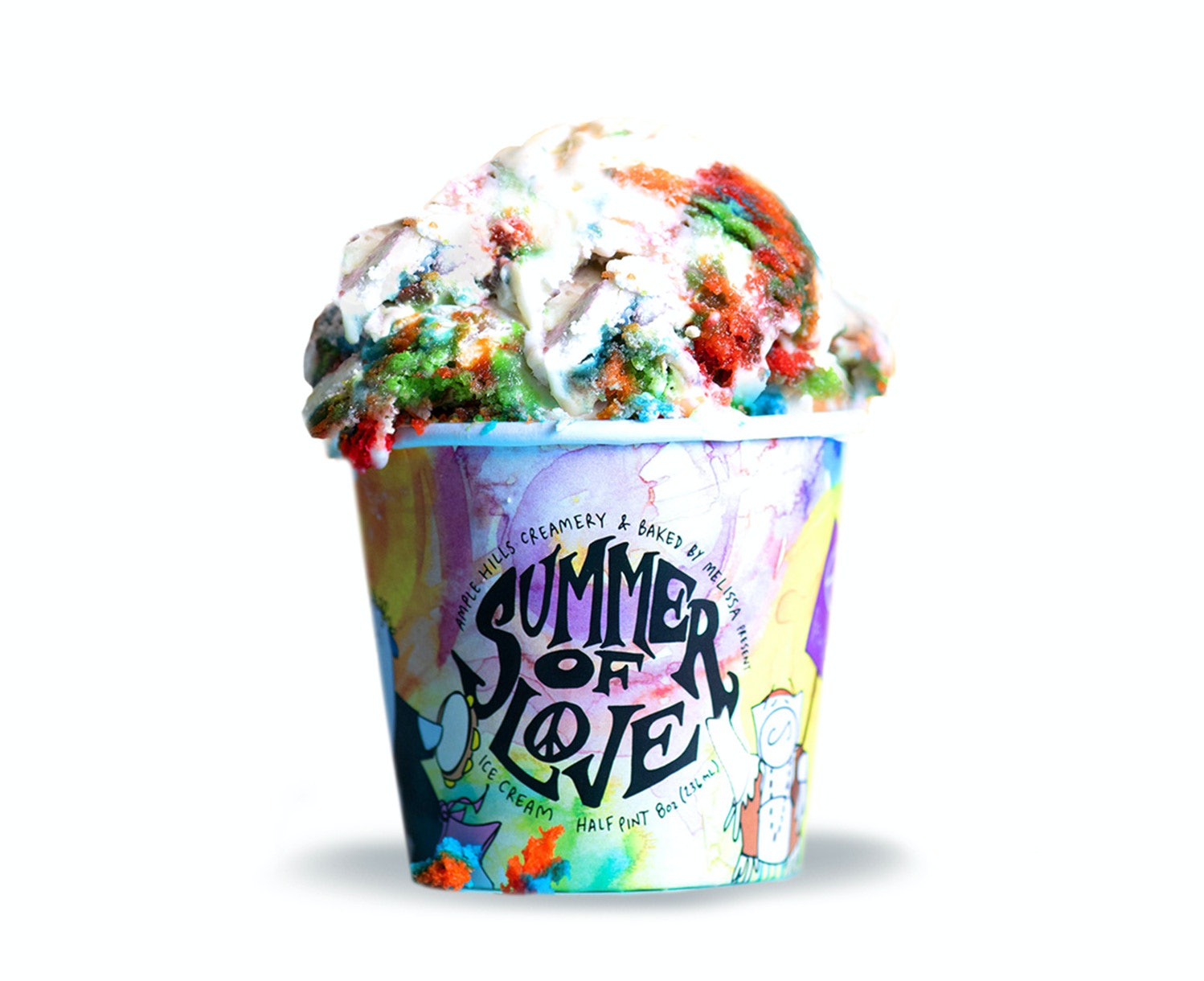 While there is no denying that Summer Of Love’s return is seriously exciting, I regret to inform you that it won’t be available for too long. According to the brand, the colorful flavor is limited edition and will only be available through Sept. 2 while supplies last. So, you will most likely want to get your hands on cone or pint before it’s gone — it would be a shame to miss out on this.

This psychedelic ice cream flavor is somewhat reminiscent of Starbucks’ Tie Dye Frappuccino from earlier in the summer. It was officially released on July 10, 2019 and was only on sale for a few days. Unfortunately, I didn’t get the opportunity to try it, but according to an Elite Daily editor who was able to give it a shot, the gorgeously colorful sip reportedly tasted "very sweet," featuring hints of bubblegum and cotton candy, with tropical notes of banana. Honestly, it sounded pretty incredible, and would look great alongside a Summer of Love scoop.

Both tie dye and ice cream are forever summer staples, so it goes without saying Summer Of Love’s return is positively electrifying. Whether you devour it while listening to your old Phish records, or if you’re simply looking to lap it up after a long day in the hot sun, it’s bound to make your summer a little extra groovy.