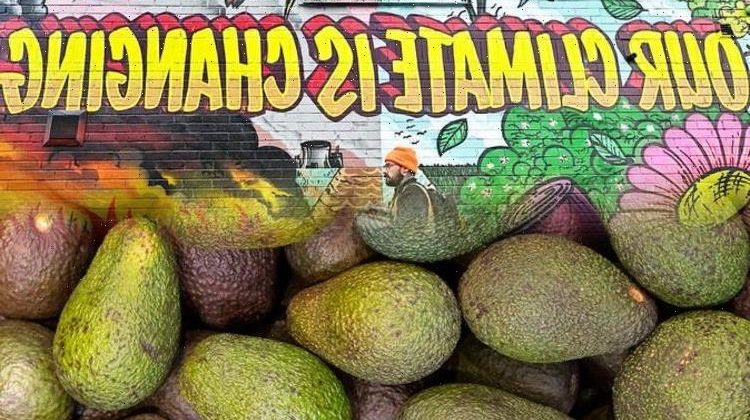 Food is a passion for many and essential for all – but along with making choices down to accessibility, taste, health implications, affordability and novelty, the environmental impact is a growingly important consideration for consumers. Food which is sustainable and nutritious can be helpful to ensuring both your and the planet’s long-term health and wellbeing. Express.co.uk speaks to a sustainability food expert about the foods which have the most detrimental impact on the environment.

Food, like fashion and entertainment, is often subject to passing trends.

But the push towards sustainability and environmentally-positive products shows no signs of falling out of popularity.

The humble avocado, however, has remained very popular despite claims it is damaging the environment.

Avocados are linked to deforestation and high-water footprints due to their production in some areas of the world.

In addition, they cannot be grown locally, so must travel long distances to get onto British shelves, which drives up the carbon footprint they have.

Water depletion is also a significant issue surrounding avocados with the global average water footprint for avocados around 1,980 m3 per tonne of avocado.

However, not all avocados are the same, and some have more organic systems in place.

In Spain, deforestation for agriculture is a far lower risk than in Mexico, and water use is improved through precision agriculture efforts, which can have a lower impact than in some areas of the world.

Many sustainable eating experts have said diets have a huge impact on the environment and small changes can have a massive effect.

However, even within this, there are certain foods that are more ecologically problematic than others.

Express.co.uk speaks to Zac Goodall, the sustainability and ethics manager at organic farming company Riverford, to find out which five foods are the worst culprits when it comes to sustainable diets.

Sugar can have very severe environmental consequences during its production and processing stages.

These impacts include the loss of natural habitats, threatening entire ecosystems, heavy water use, heavy agrochemical use, fertiliser run-off, water and air pollution.

He told Express.co.uk: “Huge sugar plantations displace habitats rich in animal, plant and insect life and is responsible for some of the greatest losses of biodiversity on the planet of any single crop.

“For scale, a dozen countries worldwide devote more than 25 percent of their farm-land to sugarcane production

The global demand for cocoa is fast rising and producers are struggling to keep pace.

It can take an entire year for a cocoa tree to produce the cocoa in just half a pound of chocolate.

An estimated 70 percent of the world’s cocoa beans are grown in West Africa, which is where climate change is expected to boost temperatures and prolong dry spells in the coming decades.

Deforestation is one of the most environmentally damaging impacts of the production of chocolate.

Mr Goodall said: “Cocoa farming is responsible for the clearance of tropical forests to plant new plantations of cocoa – the Ivory Coast is a horrific example, where around 47,000 hectares of forest was lost in 2020 alone, to cocoa production – since 1960, the Ivory Coast has lost over 85 percent of its forest cover, largely from cocoa farming

Beef has a huge impact on the environment in terms of deforestation and high feed requirements.

It takes roughly 2,500 gallons of water to create just one pound of beef.

In addition, cows release greenhouse gas through enteric fermentation which is a significant cause of their impact on global emissions.

Mr Goodall told Express.co.uk: “Depending on the production system, they are responsible for varying levels of emissions through other aspects. For example, through feed production and land clearance.

“In beef production systems throughout Brazil that utilise soy as a primary feed, the deforestation of the Amazon for cattle ranches and soy production leads to huge levels of emissions – as high as 80kg CO2e or more per kilo of beef when land-use change/deforestation is considered.”

In the UK, there are examples of beef production systems on permanent pasture where minimal to no arable crop is fed to animals.

Palm oil continues to be a major driver of deforestation in some of the world’s most biodiverse forests, destroying the habitats of endangered species, such as the Orangutan, pygmy elephant and Sumatran rhino.

This single crop is responsible for 2.3 percent of worldwide deforestation.

This costs billions of pounds in damage each year, according to a recent assessment of the global farming industry.

The sustainability manager said waste feed from salmon farms breaks down in lagoons and coastal waters also cause damage, leading to eutrophication and algal blooms that can be toxic to people, shellfish, marine mammals and birds.

Fish mortality quadrupled from 2002 to 2019 from three to 13.5 percent – a fifth of which are attributed to sea lice infestations.