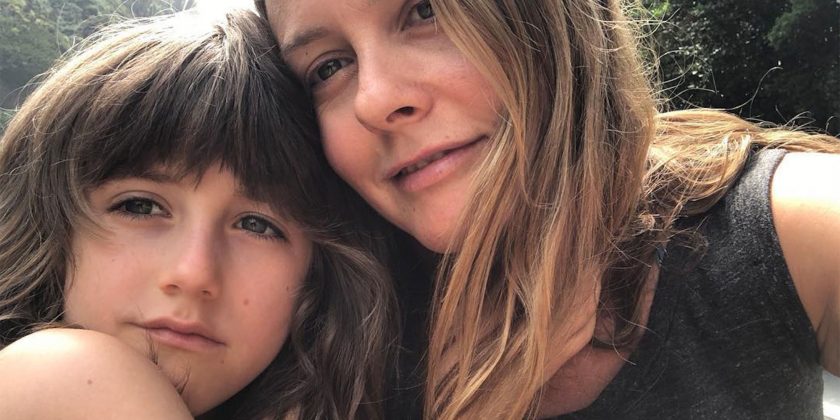 Alicia Silverstone is speaking out about her 7-year-old son’s plant-based diet.

On Thursday, the Clueless alum was the keynote speaker at Good Housekeeping’s #RaiseTheGreenBar sustainability summit at Hearst Tower in New York City, where she told Page Six that son Bear Blu has avoided getting sick because of his vegan lifestyle.

“He’s never had to take medicine in his life,” Silverstone, 42, said. “He can get sniffles and a runny nose but he’s not down, he still goes to school. Two times in his life has he been like, ‘Mommy I don’t feel good,’ and it was only for a few hours and he was back running around.”

Want all the latest pregnancy and birth announcements, plus celebrity mom blogs? Click here to get those and more in the PEOPLE Parents newsletter.

Silverstone — who raises Bear with ex Christopher Jarecki, also 42 — has been a vegan for over two decades after giving up meat at the age of 21. She’s been a passionate advocate for it since, even becoming a vegan cookbook author.

Bear has embraced the lifestyle. In a video for the nonprofit Farm Sanctuary’s Compassionate Meals program back in May 2017, Bear said his favorite thing about being a vegan is “that you don’t have to eat yucky meat.”

His mom has no trouble whipping up dishes he enjoys, like tacos and stir fry, at a moment’s notice. “I can make all those things based on what’s in the fridge,” Silverstone said in the video. “You always have a bean, you always have a whole grain.”

“The amazing thing about it is that it’s turned me into a health nut, because you feel so good, you feel so different,” she added. “So being able to do something that is good for the Earth, good for the animals and good for you all at the same time seems like such a no-brainer. It’s like the biggest ‘Duh!’”

Back in 2012, Silverstone made headlines when she posted a video of herself chewing up food and feeding it directly into Bear’s mouth from her own. “It’s his favorite…and mine. He literally crawls across the room to attack my mouth if I’m eating,” she said at the time.

But even as some have criticized the idea of feeding children a vegan diet, Silverstone has staunchly defended her family’s lifestyle. “[Bear] loves the food I give him,” she told PEOPLE in 2014. “He’s not being deprived of anything. For him, having amazing fruit is like candy!”

And despite her passion on the subject, Silverstone has been clear that she doesn’t force her eating habits on others. “I totally don’t judge anything anyone else does,” she told PeopleTV. “I’m only interested in helping provide information in case you want to know a piece of this secret I’ve found … If you don’t, all love and peace.”