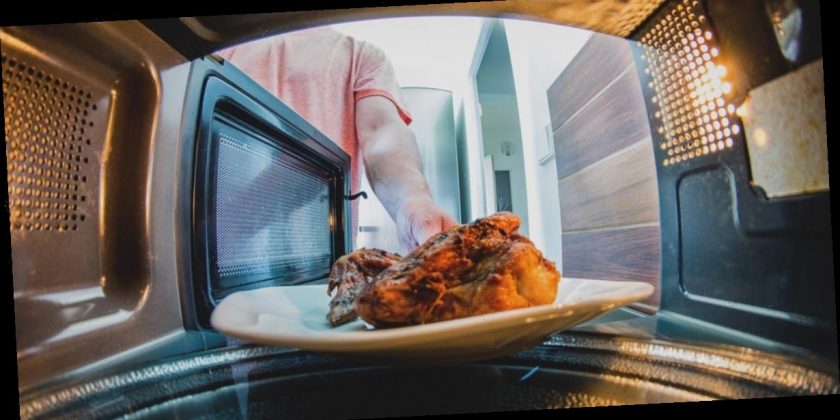 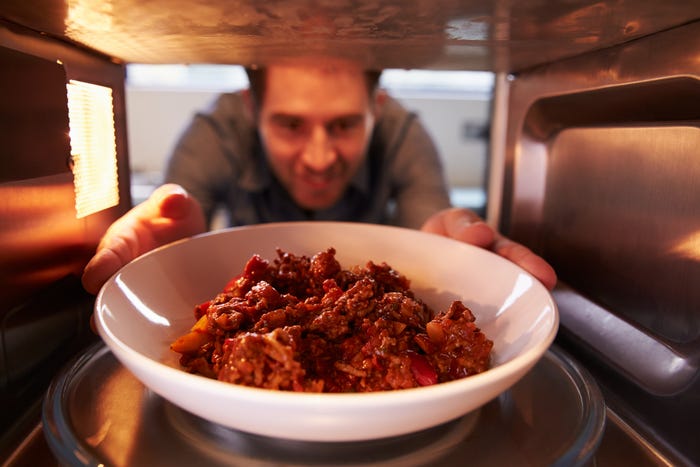 Cooking can be time-consuming and labor-intensive, but there is one appliance in your kitchen that can make cooking much easier: the microwave.

Instead of turning on your stove and turning up the heat of the oven, you can instead turn to your microwave to make your breakfast, lunch, dinner, and dessert.

Here are some recipes you should try next time you want to cook at home but don't want to deal with the hassle.

For breakfast, you can make an egg sandwich in the microwave. 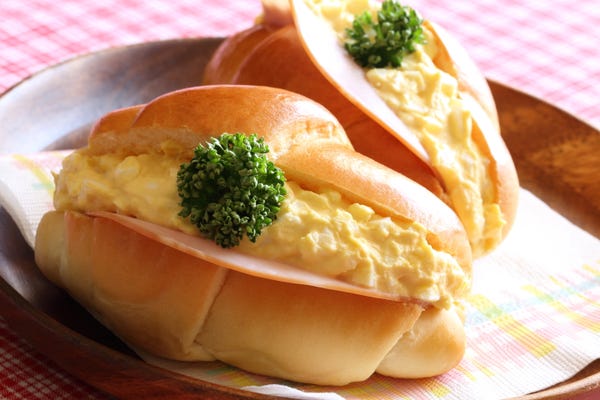 Taste of Home has a recipe that calls for an egg substitute and it only takes a couple of minutes.

"If you're looking for a grab-and-go sandwich, this is high in protein, low in fat and fills you up," Brenda from Reedsburg, Wisconsin, told Taste of Home. "Plus, it's only about 200 calories."

You can even try a frittata without turning on the stove. 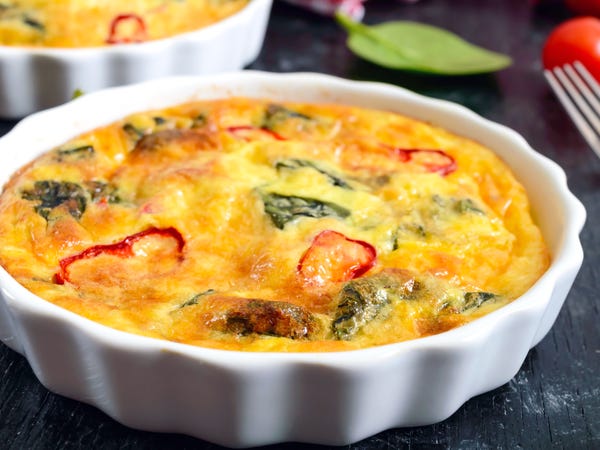 Power Hungry offers a 2-minute frittata that can be cooked in a microwave in a mug, using cottage cheese, peppers, broccoli, and kale. Taste of Home also has a frittata that takes the simple recipe one step further by adding zucchini and ham. It takes three to four minutes to cook.

While French toast is usually made on the stove, you can get a crispy version even in the microwave. 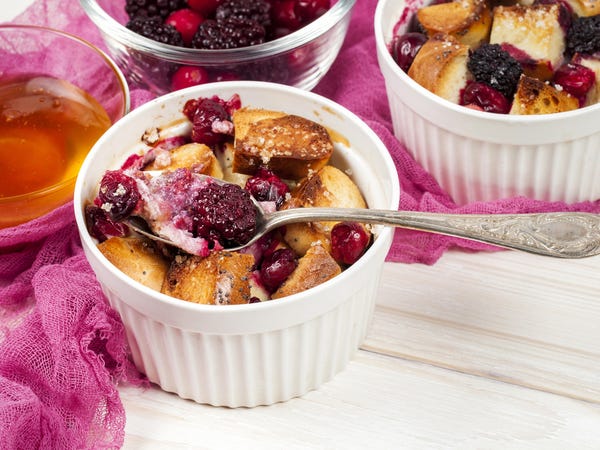 Budget Bytes has a simple recipe that recommends using leftover bread for French toast. The recipe calls for you to place the egg-coated bread into a cup and into the microwave for five minutes.

"This small-batch French toast (or bread pudding) in a mug is an excellent way to not only have a quick treat, but use leftovers and reduce food waste at the same time," Beth Moncel, writer and chef of Budget Bytes, wrote.

Food.com has an even simpler recipe that only takes one minute to cook.

For lunch, there are lighter meals you can make, like a baked sweet potato. 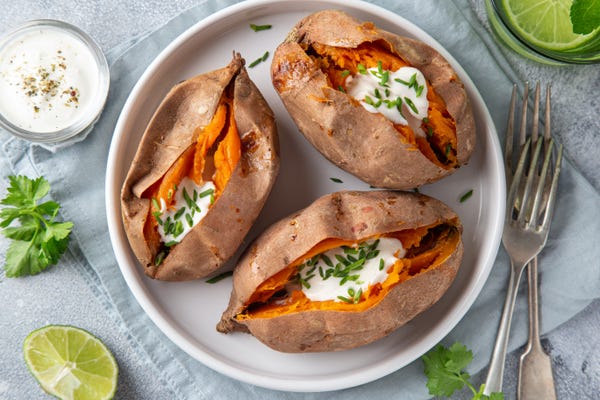 Delish has a very simple sweet potato recipe that includes butter, salt, and pepper. If you place the potato in the microwave for just five minutes, you will have a delicious baked potato — without any baking.

"We're obsessed with topping sweet potatoes with a mixture of protein, vegetables, and cheese to make them a full meal," Lena Abraham, the food editor at Delish, wrote about the recipe.

Microwaved mac and cheese would also be a great meal for lunch. 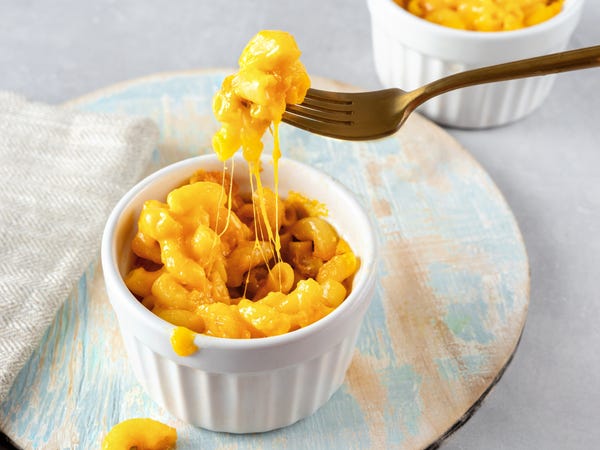 Ella Claire offers at-home chefs a very speedy mac and cheese that can be cooked in the microwave in under 10 minutes in a small cup, using whole grain elbow pasta and cheddar Jack shredded cheese. If you're looking to take that recipe to the next level, Food Network's recipe includes American cheese, Monterey Jack cheese, Parmesan, and Dijon mustard.

If you like soup for lunch, you can make black bean soup in the microwave. 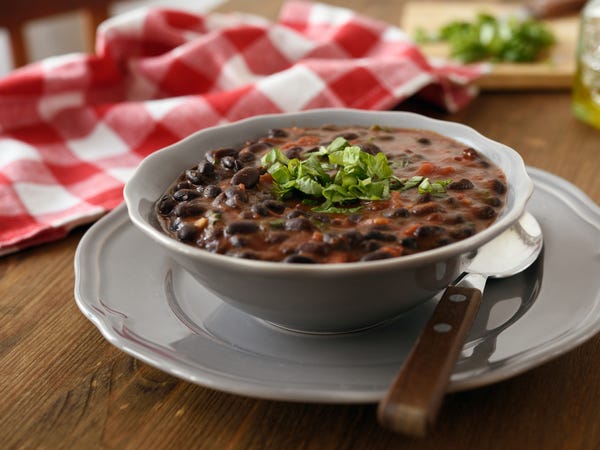 Taste of Home offers a very simple recipe for black bean soup that requires you to put all the ingredients in a bowl and cook it in the microwave for two minutes.

"This soup is made in minutes," Sharon Ullyot from London, Ontario, told Taste of Home. "We enjoy it … Add a salad for a complete meal that's really tasty."

Enchiladas are the perfect dinner to make in the microwave. 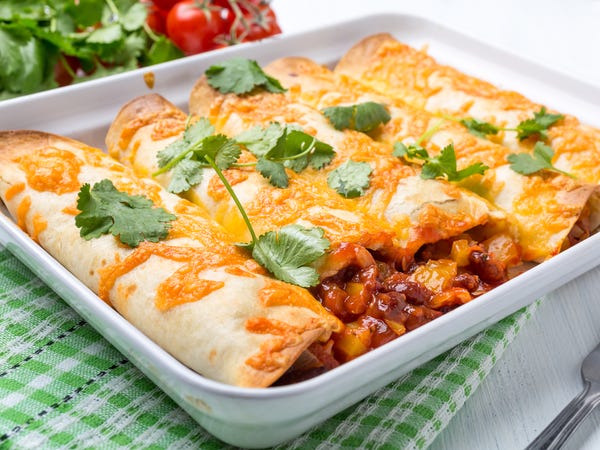 You can even cook a meatloaf in the microwave. 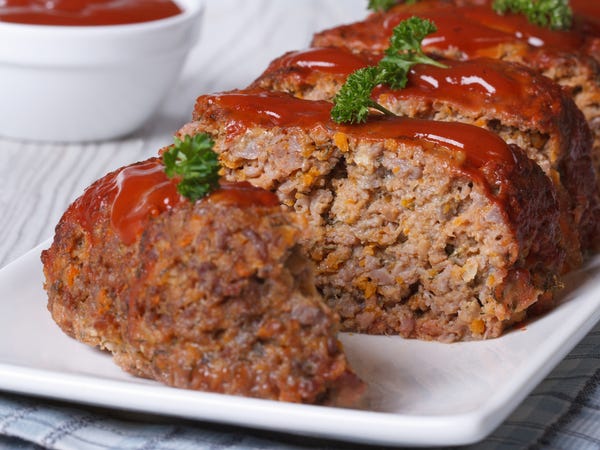 Just A Pinch Recipes offers a meatloaf that takes up to 24 minutes in the microwave and includes onion-mushroom soup mix and Pepperidge Farm dry stuffing. If you're looking for a quicker meal, Taste of Home has a 15-minute meatloaf recipe that requires ketchup and mustard.

"I combined a few great-tasting meatloaf recipes to create this flavorful 15-minute version, which my husband loves. And because it's made in the microwave, the entree is perfect for busy nights," Debra from Lincoln, Nebraska, told Taste of Home. "For an extra boost, I flavor the meatloaf with onion soup mix."

Parmesan chicken recipes are also delicious in the microwave. 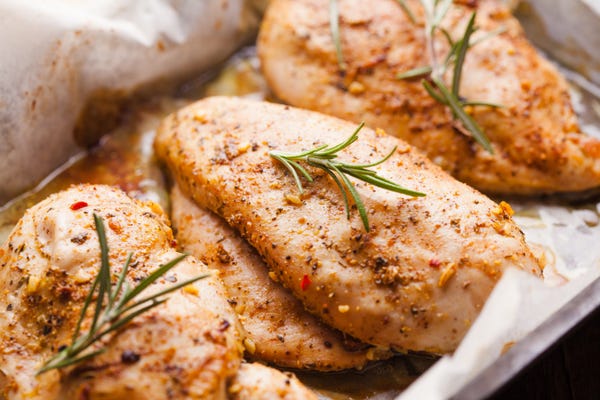 Although there are so many ways to cook chicken, using a microwave is the fastest and easiest. Taste of Home has a recipe that only requires you to cook chicken breasts for four to five minutes.

"This quick way to prepare chicken has been a family staple ever since a friend gave me the recipe," Michael Herman from Carney, Michigan, told Taste of Home. "It's too good not to share."

Microwaves can even be used for cooking meals like ropa vieja. 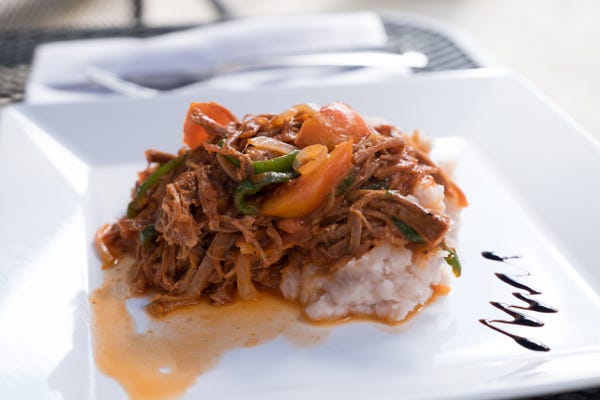 Ropa vieja is a classic Cuban dish that features shredded beef in a piquant tomato sauce. Food Network's recipe is one of the hardest on this list, as it has you cooking for 50 minutes. By letting the beef slow cook in the microwave, it becomes easy to shred and serve over a plate of rice.

If meat isn't your thing, then consider a risotto dish, which can also be made in the microwave. 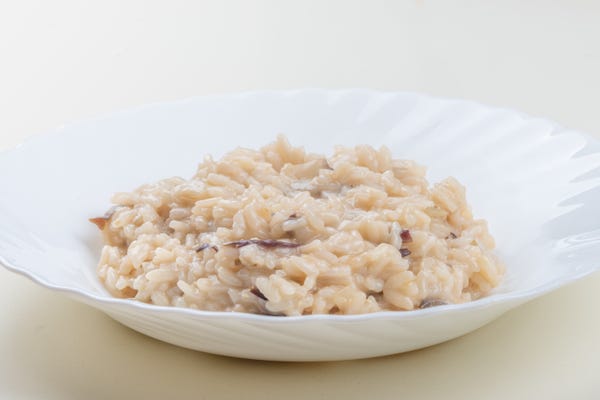 Brit + Co's risotto cups take only 10 minutes in the microwave and can be customized to include butternut squash, mushrooms, and bacon.

"The result is as good as the stovetop method but takes about a quarter of the effort," Sarah Jones wrote at Brit + Co.

Food Network has a more intensive recipe for microwave risotto that takes 25 minutes to cook.

You can even make a simple pasta dish without boiling a pot of water. 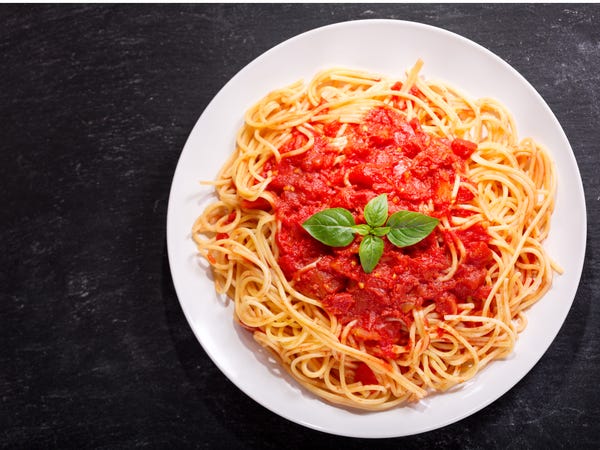 In Big Bear's Wife's grilled chicken penne al fresco recipe, you can make a full pasta dish in the microwave. In under 15 minutes, you cook pasta, chicken, and tomatoes for a healthy dinner.

The Spruce Eats has an even simpler recipe that cooks spaghetti in the microwave in 20 minutes.

Although it may sound counterintuitive, you can make fried rice in the microwave. 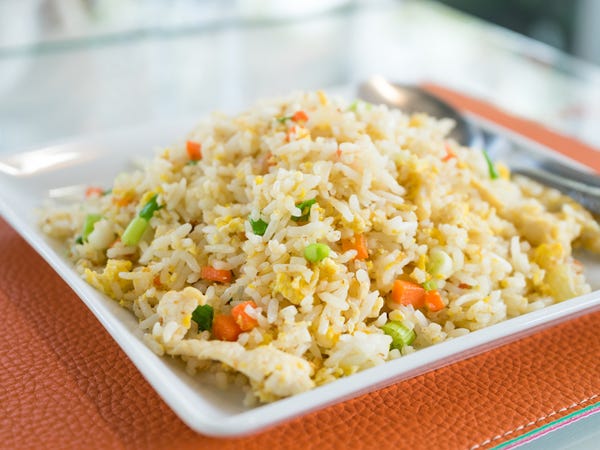 Food.com offers home chefs a simple recipe for microwaved fried rice that includes veggies and bacon. According to that recipe, it only takes five minutes to cook. Meanwhile, Tasty has a fried rice recipe that takes about 10 minutes to cook in the microwave. It takes a bit longer because this recipe includes eggs.

If you love seafood for dinner, you can even poach salmon in the microwave. 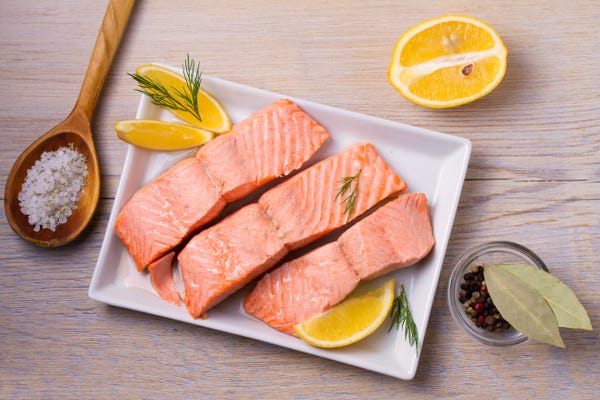 Taste of Home's salmon recipe cooks the piece of fish in five minutes in the microwave and pairs it with a sour cream-based sauce.

"There's no reason to shy away from cooking fish at home with a recipe as effortless as this one," Crystal Jo Bruns from Iliff, Colorado, told Taste of Home. "Besides basil, try using dill, fennel or coriander in the herby sauce."

Food.com has a similar recipe that has you cook the fish for three to four minutes.

Cod could also be an option for dinner. 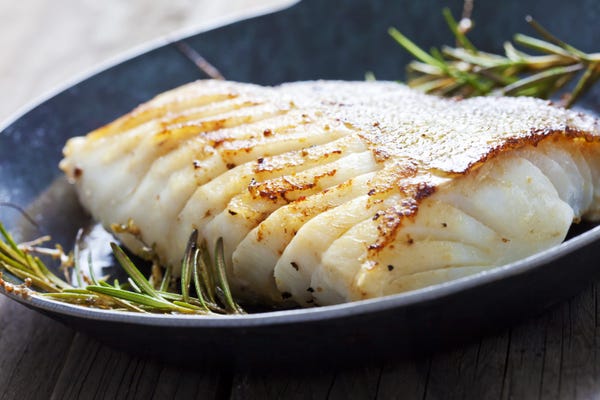 You can cook a cod in the microwave for just five minutes, according to Taste of Home's simple recipe.

"Fish has such a high water content, it's nearly impossible to ruin it," Delish wrote in one article. "Fish only takes 5 to 6 minutes in the microwave depending on its thickness, and this cooking method is healthy, too."

If you love a chocolate chip cookie for dessert but hate baking them, you can do it quickly in a microwave, too. 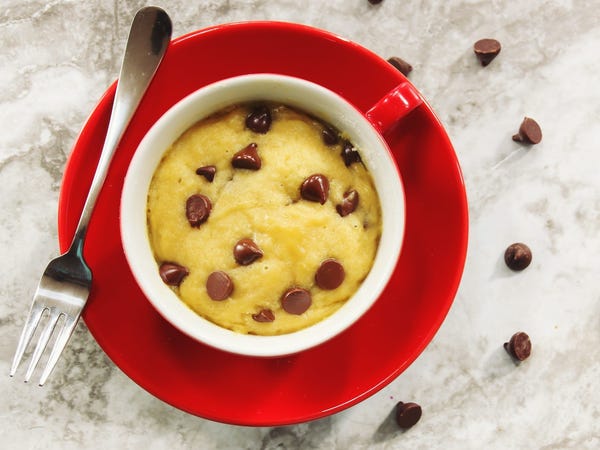 Tasty's recipe for a microwave cookie says you'll only need a few ingredients and a mug. After stirring the ingredients together in the mug, you place it in the microwave and then you have a moist, personal cookie.

"This was so good," one user told Tasty. "I can't believe how easy it was."

You can also whip up a quick cake in a mug using the microwave. 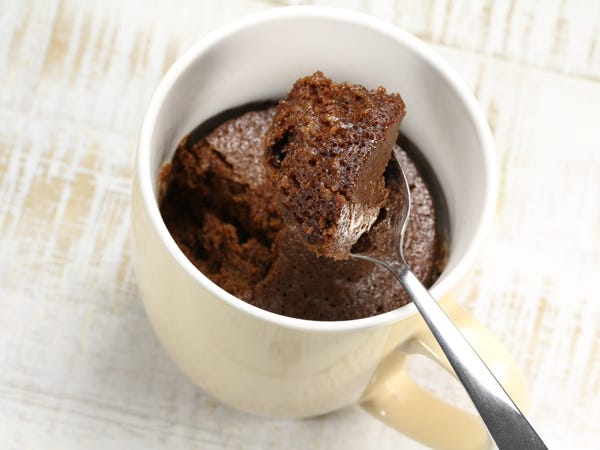 Kim's Cravings has a quick and simple recipe that lets you make a single cinnamon roll-flavored cake in a mug. In under one minute, you can have a tasty dessert, but the secret to this recipe is what's not in the cinnamon roll.

"I feel like the secret to a light, tender, amazing texture in mug cakes comes from leaving out the eggs," Kim wrote on her site. "That's right! No egg in this recipe. It's not only easier to make a mug cake without an egg, but it turns out so much tastier!"