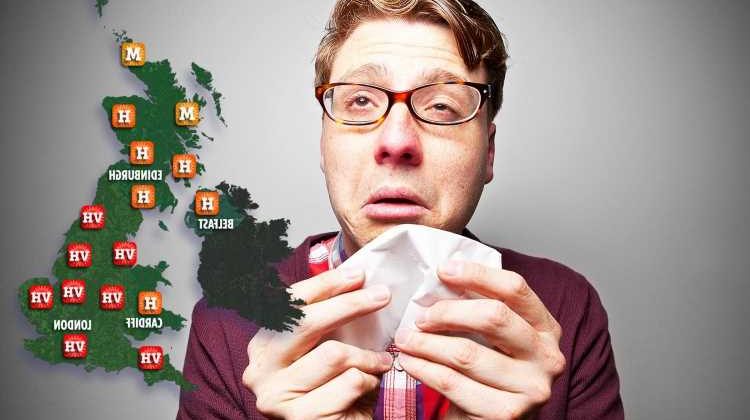 BRITS are set for misery this week as pollen levels continue to soar amid the warm weather.

Millions of people were last month left with itchy eyes and sniffly noses but experts have warned that this month will be even worse for hay fever sufferers. 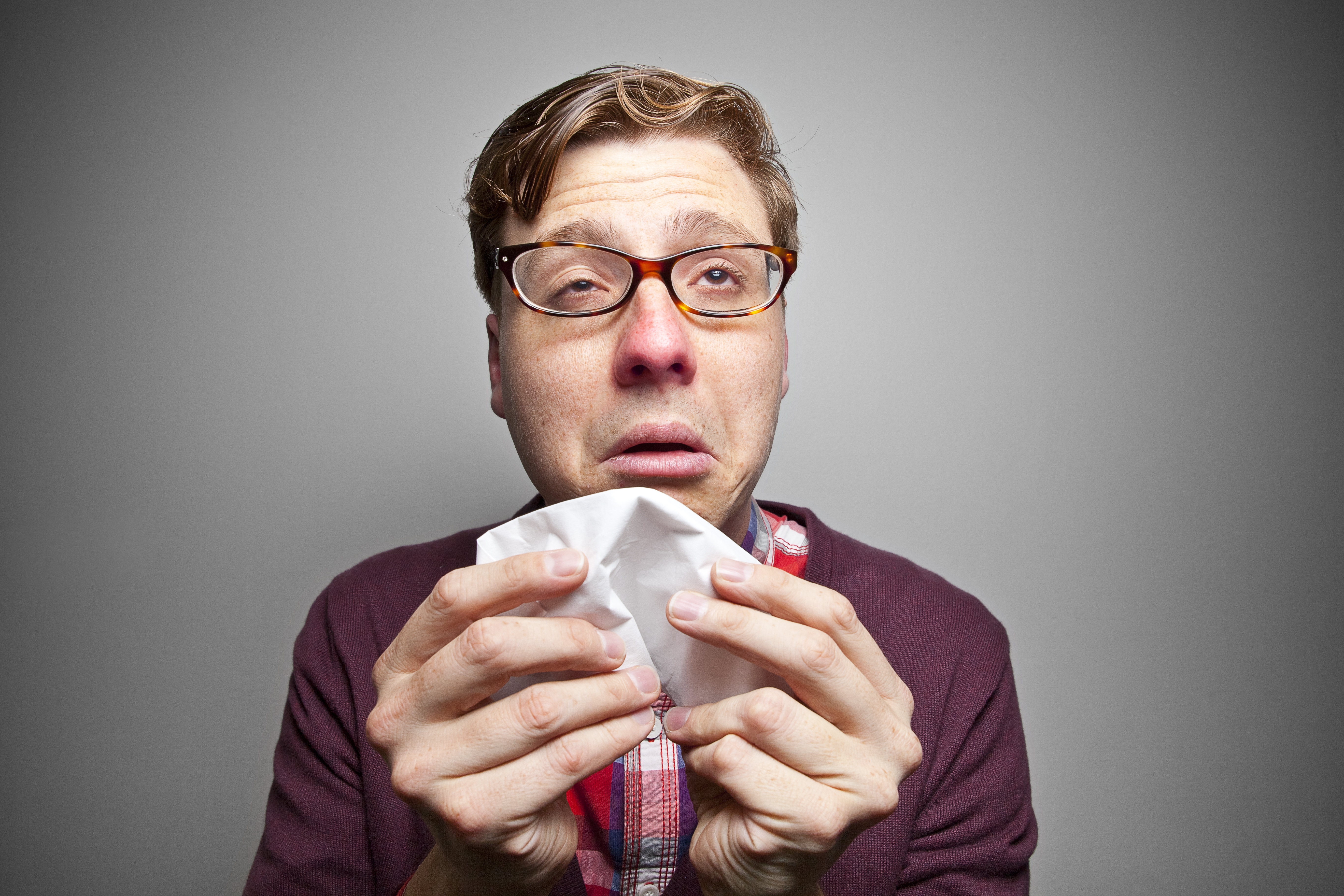 One expert today warned that Brits are set for a "pollen explosion" due to warm weather being followed by rain.

The pollen count is set to be high across the whole of the UK this week with areas that usually remained unscathed in Scotland seeing high pollen counts.

From the South of England up to the North East, very high pollen counts are expected over the next couple of days with high counts across Scotland.

Airborne allergens expert and creator of HayMax, Max Wiseberg explained that the weather will create perfect conditions for pollen to circulate.

He said: "Although a lot of people have been complaining about it being a terrible year for hay fever, the pollen counts so far have hardly ever been high across the whole of the UK.

"But in the coming days we’ll see very high pollen counts across England and high in most other regions of the UK, which hasn’t happened before this year. 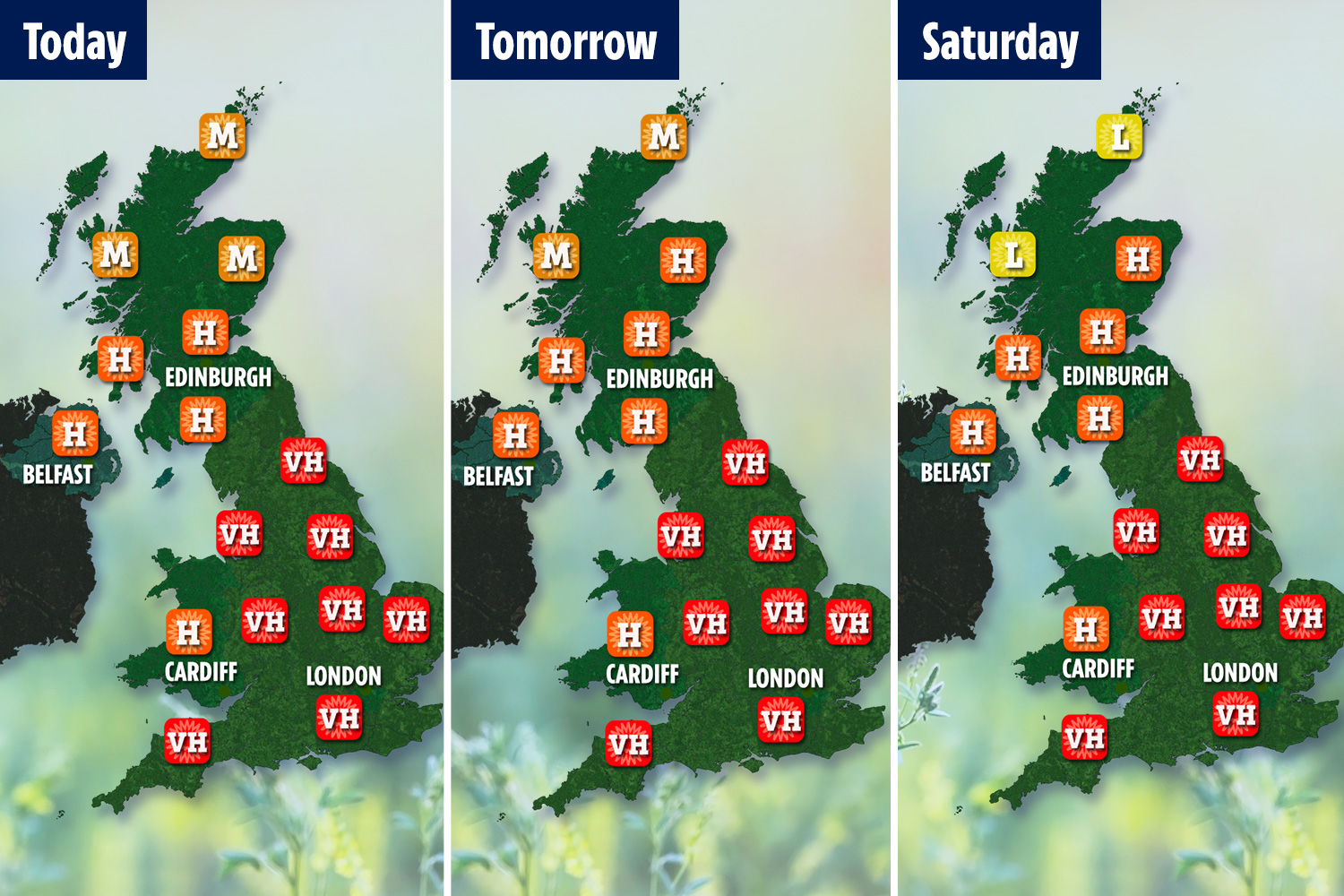 “This pollen explosion will be happening because we’ve had hot weather followed by a lot of rain, repeatedly this year, which is perfect for creating the most amount of pollen possible!"

Symptoms of hay fever can include a runny nose, itchy eyes, sneezing, the sensation of having mucus or soreness at the back of the throat, coughing, tiredness, headaches, and a general feeling of being cloudy-headed.

Max added that one of the most effective things people can do to combat pollen is to create their own hay fever first aid kit.

This kit, he said, should be a combination of remedies that can help you when you're out and about.

You should never take two antihistamines together and consult your pharmacist about what medication you should take as each person has different needs.

Max said: "I suggest that your ideal hay fever first aid kit will consist of one or more natural products, only one antihistamine, only one nasal spray and eye drops.

“Natural products for hay fever include organic allergen barrier balms,work by trapping allergens before they enter the body through the nose and eyes."

The 5 ways you can get ahead of hay fever

More than half of UK adults say their hay fever symptoms have got worse throughout their life.

Research from indoor climate specialists, Daikin UK, have shared some tips to help people manage their allergies effectively and enjoy a well-deserved taste of freedom.

Get ahead of your symptoms: You should start taking a course of antihistamines before your hay fever actually starts rather than trying to deal with symptoms when they arise.

Look out for peak pollen periods: Keep an eye on the pollen forecast and avoid being outside for long periods of time in peak pollen season which is May to July.

Keep your house free from pollen: Make sure you keep windows close and hoover regularly in order to eliminate any pollen particles.

Try some home hacks: The internet is flooded with hacks that different people have used to quell their symptoms.

The experts said: "Applying a balm like Vaseline around the edge of each nostril and on your lips when you’re going outside can help trap pollen and stop it from entering your body.

"And swapping your contact lenses for glasses or prescription sunglasses during peak pollen periods can also help to reduce irritation if your eyes are sensitive and tend to water.

"You can also sooth your eyes with a cold, damp flannel at the end of the day – which gets rid of any pollen particles that might be lingering on your eyelashes, too."

Get a purifier: If you're still feeling the effects you could try and air purifier.

Look for one with a a special pollen mode and one that includes an electrostatic HEPA filter that can remove tiny particles from the air to help alleviate your symptoms, the experts at Daikin say.

You can also relieve itchy eyes with naturally eye drops which contain Euphrasia.

He added: "Butterbur is a herbal extract believed to have an antihistamine-like effect on hay fever symptoms, and is widely available in capsules. Quercetin is thought to limit the release of histamine. As well as being found naturally in many foods, it can also be taken in a capsule.”

Max explained that natural remedies can be helpful as it's not always clear for some hay fever sufferers when hay fever season starts.

He added: "There are different types of antihistamines so if one doesn’t work, you can try another – look for the active ingredient on the box.  They are best taken at least one month before the hay fever season starts."