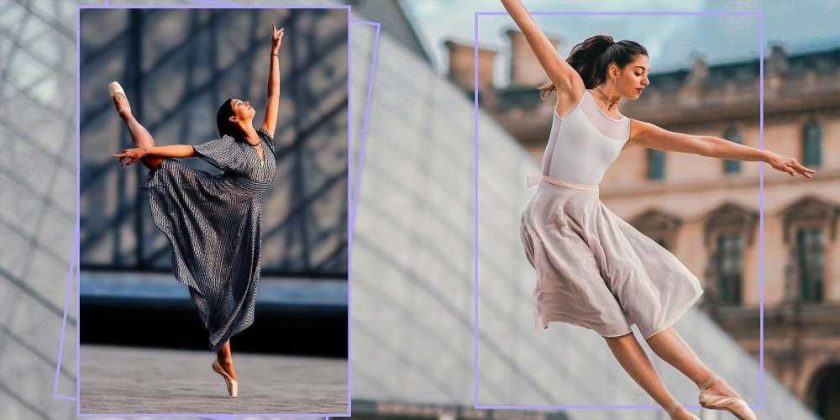 When Step Up hit theaters in 2006, I was mesmerized by Jenna Dewan from her first scene. I remember wishing the confidence she had in her body was transferable. One minute, she radiated the grace of a ballerina, and the next, the swagger of a hip-hop dancer. I could not (and still can't) bust a coordinated move to save my life. But more than her flawless choreography, it was her style of dress, now called "balletcore," that had my undivided attention. I may not be a professional dancer, but adding a few key pieces to my wardrobe could, at the very least, make me look like one.

Cut to 16 years later, and my fashion taste is proving ahead of its time. Riding on the coattails of the many escapist aesthetics (think dark academia, cottagecore, and fairycore) that are essentially Pinterest mood boards come to life, balletcore is on the rise for spring 2022. But don't worry, you don't need to have rhythm to embrace the barre-inspired wardrobe. In fact, vice president of Thirty Three Threads Jennifer Glover says balletcore is just another way to bridge the gap between the athleisure staples you've lived in for the past two years and clothing you're now piecing together for the outside world. "How many women have given up heels for good during the pandemic? Ballet flats are everywhere!" Glover tells InStyle via email.

And she's not wrong. There has definitely been an uptick in athleisure sales since the start of the pandemic. Forgiving waistlines and matching sweatsuits can be considered workout attire or office wear, depending on where you're sporting them. However, balletcore, specifically, has been around longer than Covid-19. According to Glover, it has and has always been part of the American style lexicon. We're only just now putting a name to the look.

"Iconic imagery of Marilyn Monroe in a tulle skirt and SJP twirling in tulle for the intro to "Sex and the City" remain forever etched in our minds. Giambattista Valli made a career out of enveloping celebrities like Rihanna, Kendall Jenner, Ariana Grande, and Kacey Musgraves in tulle on the red carpet," Glover says. It's simply an aesthetic influenced by the color palette, fabric, textures, and details found on ballerinas, and clothing that's easy to move in is a movement we're now all getting behind. So what clothing, specifically, does balletcore entail? Celebrity stylist, Tanya Tamburin tells InStyle it's "everything from tulle skirts to soft satin tops, bodysuits, wrap-tops and cardigans, leg warmers paired with skirts or over leggings and, of course, ballet flats." Essentially, the aesthetic is comprised of anything feminine and comfortable that allows you to move freely, like a dancer. And, as personal stylist Soneca Guadara tells us, "it's glamour meets cozy."

Take a look at the pieces ahead to shop the balletcore trend for yourself.