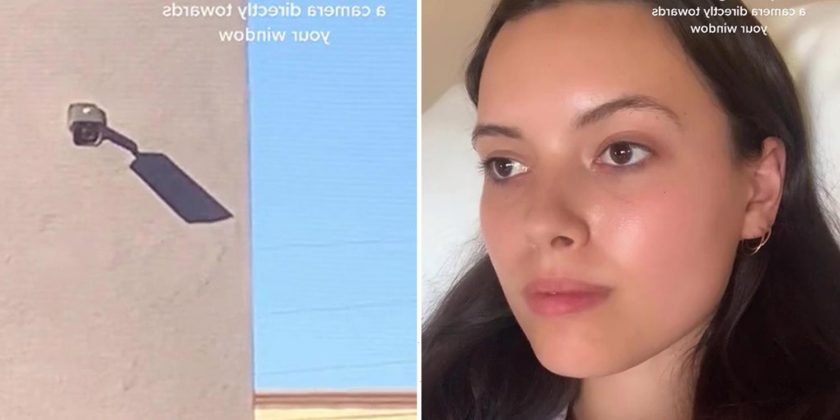 A WOMAN has posted a video online claiming that her neighbour has installed a camera that looks directly into her window – and people are begging her to report it.

TikTok user @bbzeb from America shared a video of herself reacting to the camera that she spotted on the building next door. 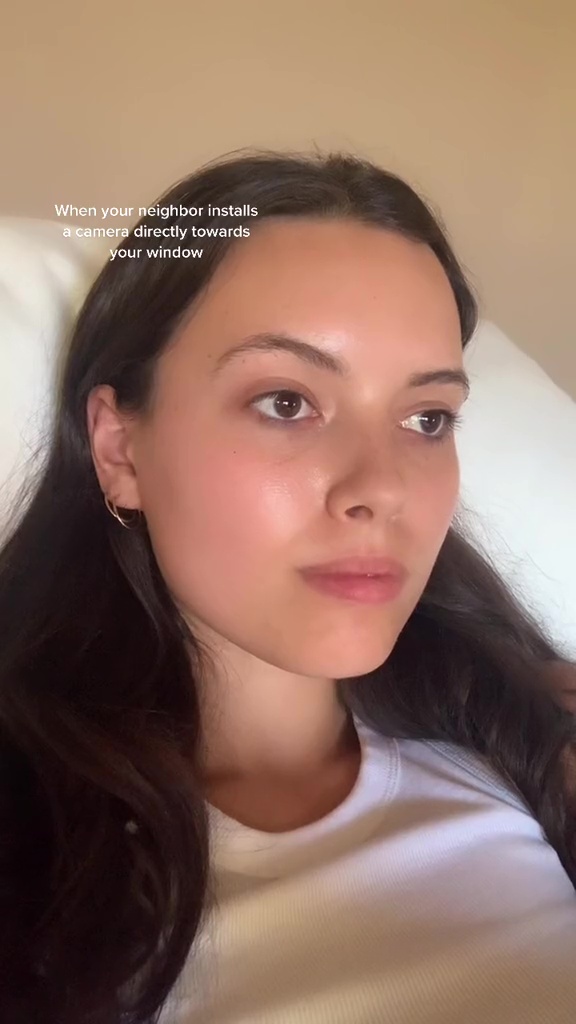 "When your neighbour installs a camera directly towards your window," she wrote.

Throughout the video, she can be seen sipping wine as she shares clips of the camera at different angles.

Since being posted, the video has been viewed more than 370k times and has thousands of comments.

While we can't confirm whether the camera is actually directed into her home and only have her word that it was installed by her neighbour, viewers have expressed their concern in the comments.

Many people are begging that she reports it so that she stays safe.

"Call the police," one person wrote.

"That's illegal, by law he has to point it away from your window," someone else said.

Another person added: "I hope you do something about this!"

Others shared a variety of ideas as to how she can deal with it without involving law enforcement.

"Laser pointer will fry it (the green one)," one suggested.

"Get the reflective tint for our window.He won't even be able to view the camera," someone else said.

While these commenters were trying to be helpful, you can get in trouble for the destruction of property by damaging someone's camera.

As well as this, the laws around personal security cameras vary across America.

“As long as the recorded videos don’t infringe on your privacy and are for lawful [purposes] only (like monitoring suspects or [preventing] package thefts at the front door), it is legal for your neighbour to point a security camera at your property in plain view,” reolink.com states. 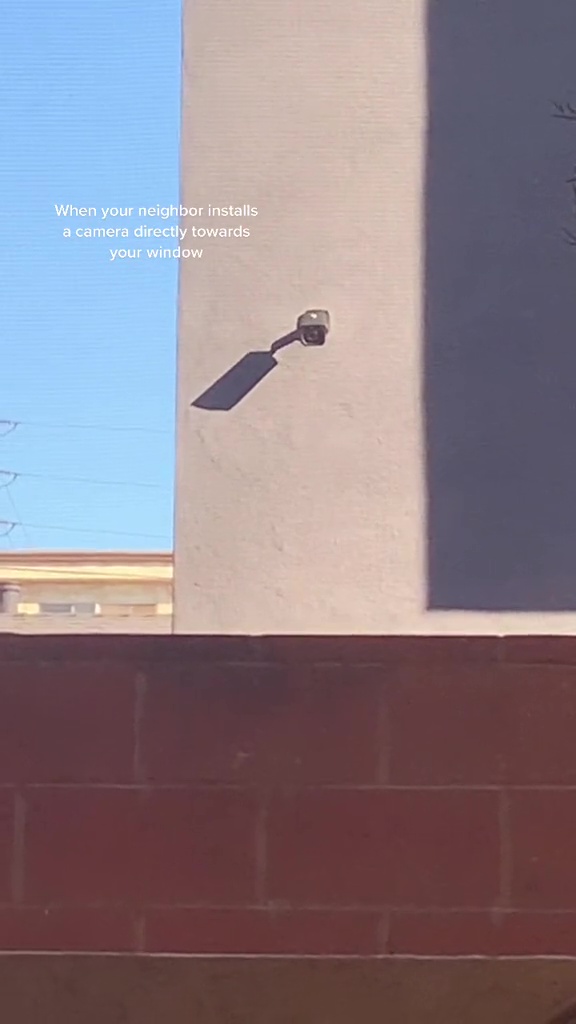 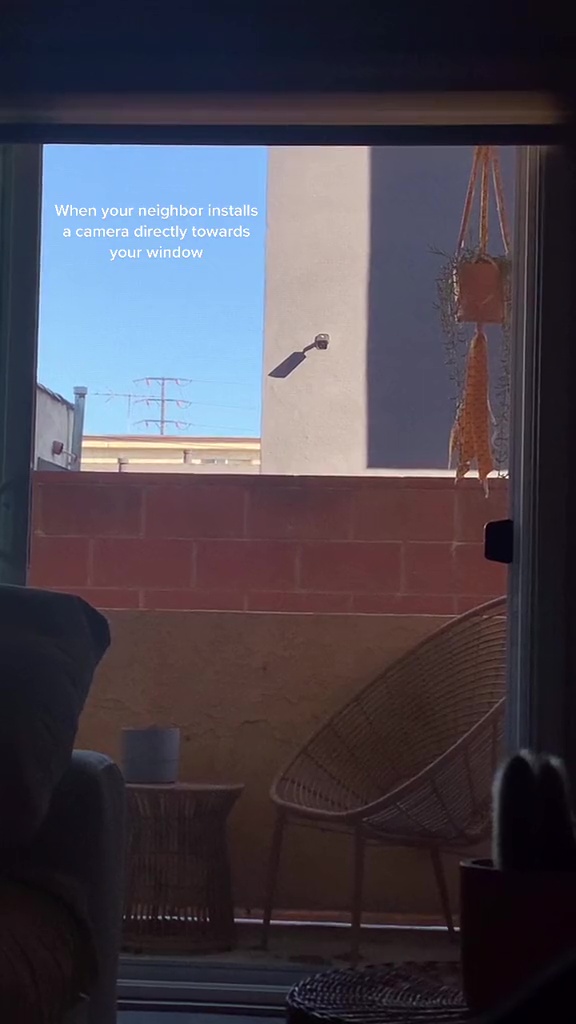 Plus the seven issues which could be destroying your relationship… and why being a ‘bubble couple’ spells doom.

And woman claims you’ve been cooking your pasta all wrong – and it’s all to do with your colander.