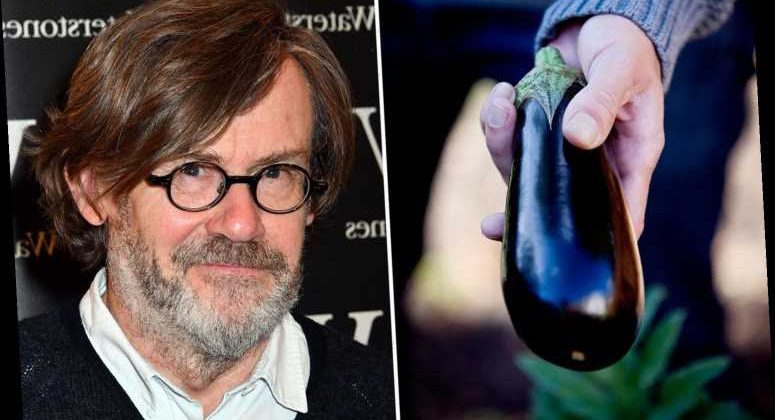 A WOMAN has been slated by chef Nigel Slater after asking him a very obvious question about one of his own recipes.

The food writer shared his Observer recipe for aubergines, feta, chickpeas, ras el hanout on Twitter yesterday, describing it as “A luscious, aromatic dinner for midweek.” 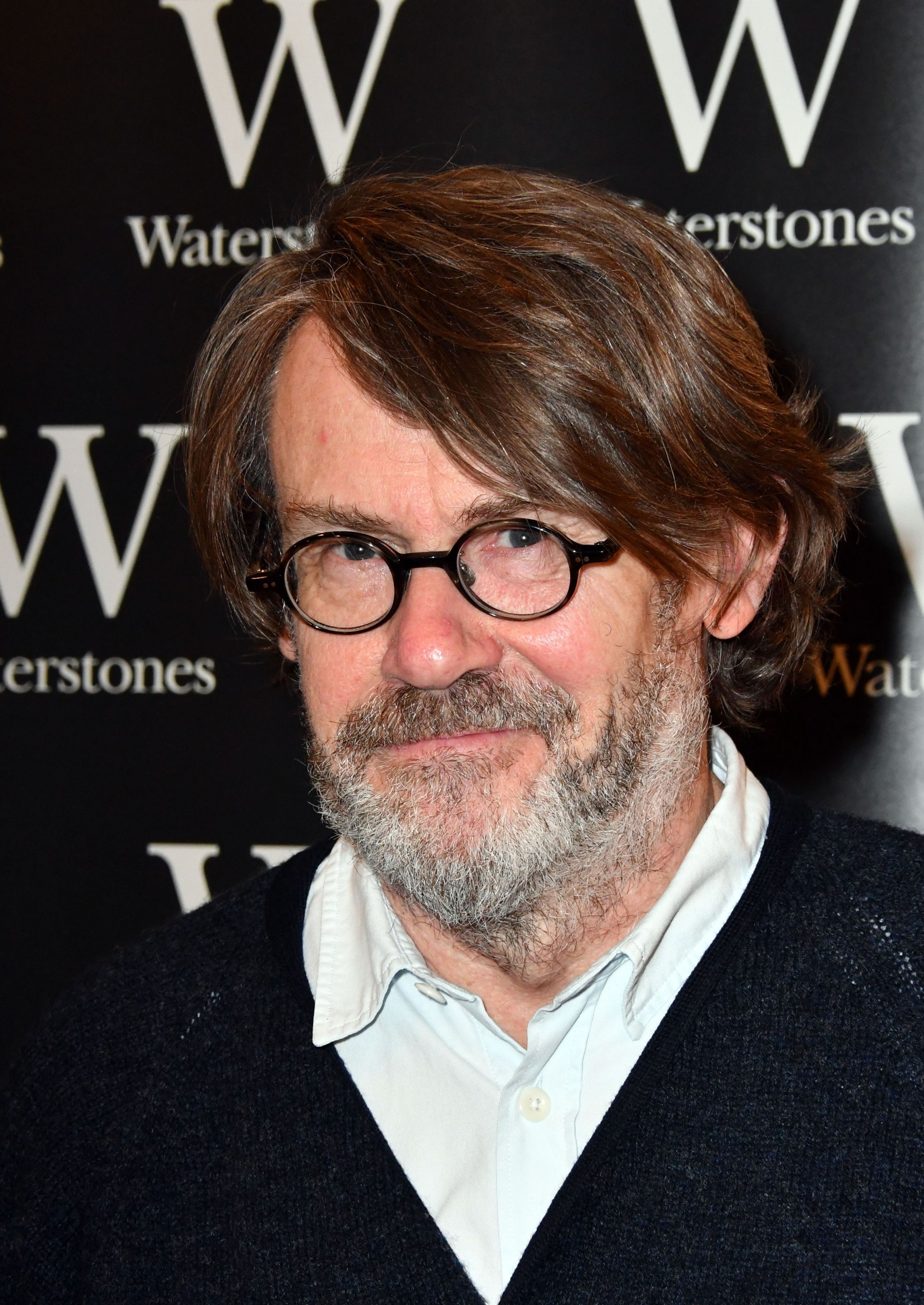 But the cook appeared to lose his patience with one of his followers named Susan, who asked if she could substitute one of the essential ingredients.

Responding to the chef’s tweet she asked: “Looks delicious, if only I wasn’t allergic to aubergine, I would have a go at this. Any substitution suggestions please?”

And in a rather blunt reply, Slater said: “Susan, it’s an aubergine recipe.”

The exchange left the chef’s followers in stitches, sharing their own thoughts in the thread. 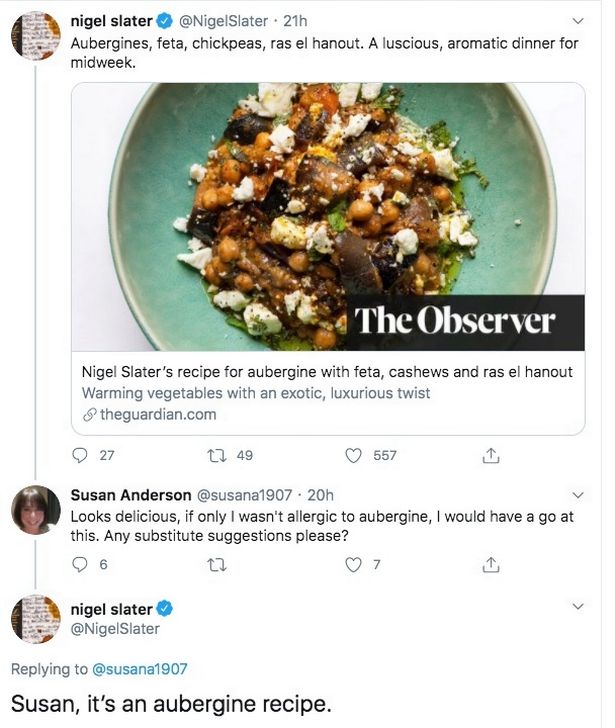 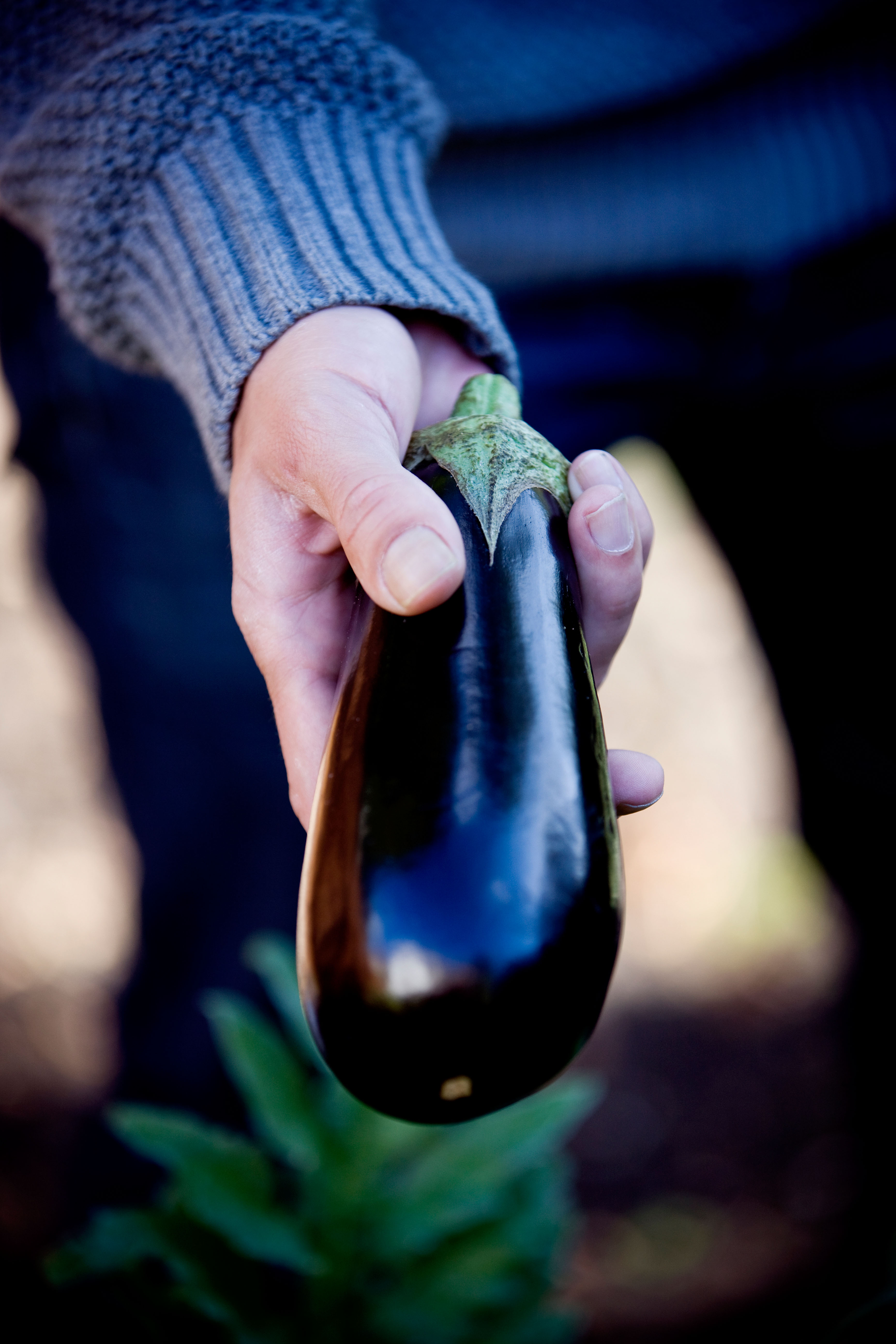 “Proper howling at this” responded one, with another joking, “Surely she can use eggplants instead.”

Meanwhile others were quick to step in with their own suggestions.

One tweeted: “In fairness though Susan I bet it'd be lovely with grilled courgette, as long as they aren't particularly watery ones.”

A second suggested: “Maybe try some slow roasted onion for sweetness and posh mushrooms for some meatiness and body?”

In other food news, this man shared his handy tip for peeling onions with ease.

And this woman shared her tip for filling ice cube trays that will make them freeze in no time.

Plus this mum shares her recipe for Malteser cake & you don’t need to put it in the oven or the fridge.