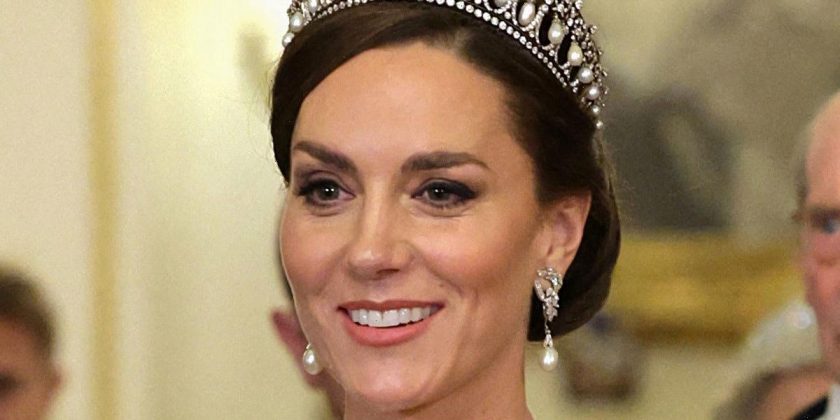 The Princess of Wales was a vision of beauty when she joined Prince William at the state banquet held at Buckingham Palace in South African President Cyril Ramaphosa’s honour on Tuesday evening, wearing her glittering Lover’s Knot tiara and a stunning Jenny Packham bridal gown.

But did you notice her eye-catching blue sash? Princess Kate was one of several senior royals in attendance including Princess Anne, the Countess of Wessex and King Charles to wear a sash, which was bestowed upon her by the late Queen. The accessory signifies her position as a Dame Grand Cross of the Royal Victorian Order, the highest ranking of chivalry personally awarded by the late monarch for being in her service.

WATCH: The Prince and Princess of Wales welcome South African President to UK

The order is also represented by a Maltese cross, typically worn near the bottom of the sash. Kate was bestowed the great honour on her eighth wedding anniversary back in 2019.

DISCOVER: Why Kate Middleton has only worn 3 tiaras

Princess Kate also sported the Royal Family Order, proudly displaying the yellow ribbon on her chest. It features a miniature portrait of the monarch surrounded by diamonds. 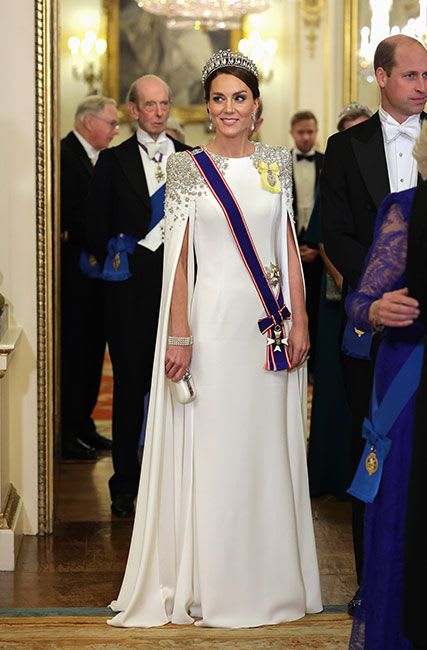 She was in good company at the banquet since her fellow Knights and Dames Grand Cross include Prince Edward and Queen Consort Camilla, with her fellow senior royals proudly displaying their sashes too.

Royal wives are typically given the Royal Victorian Order or the Royal Family Order of Queen Elizabeth, and are able to collect additional orders as time goes on as their work for the family accumulates. 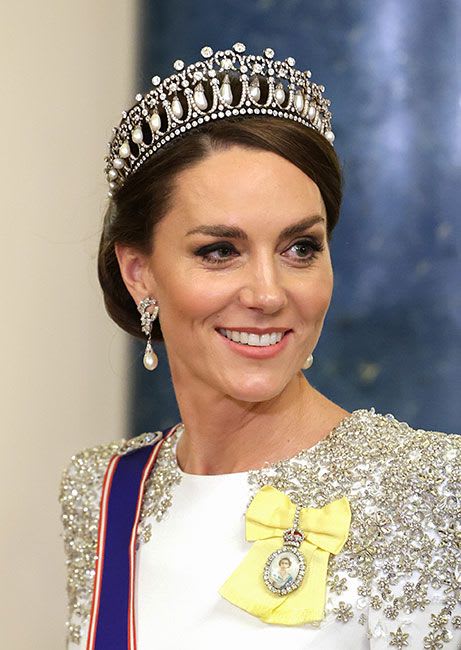 Princess Kate first wore her sash in 2019 during a state hosting then US President Donald Trump during his official state visit to the UK.

Later that year, she proudly displayed it once again during the Diplomatic Corps reception at Buckingham Palace. She sported the Cambridge Lover’s Knot tiara as well as the Queen’s Nizam of Hyderabad necklace – and the overall look was nothing short of spectacular. 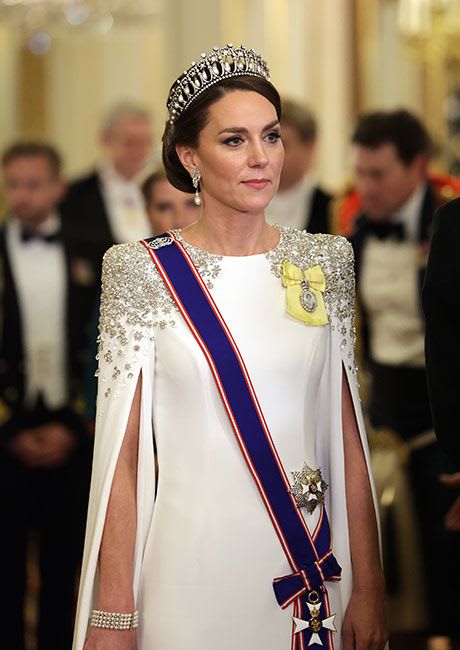 The style, which dates from 2021, could be worn as a wedding dress – it even features on the Jenny Packham bridal Instagram account.