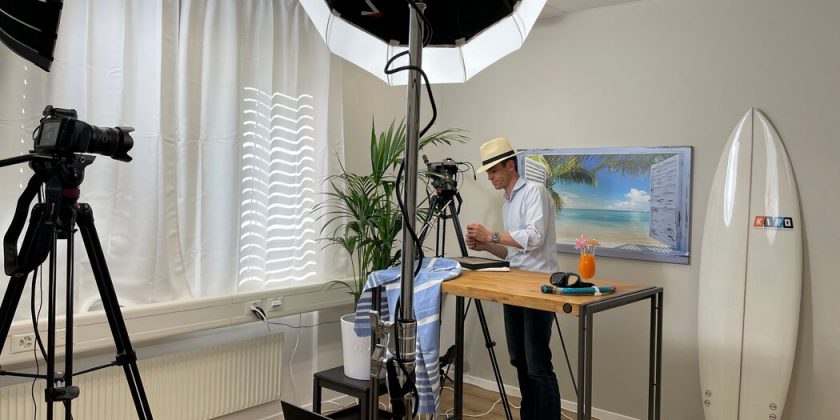 Every year Lane Schiffman — who lives in Greensboro, N.C., and who co-owns a handful of high-end watch and jewelry stores, including Shreve & Co. — usually spends a couple weeks in Switzerland at the trade shows that have been anchors of the watch industry for decades.

But for Watches and Wonders Geneva, the virtual trade fair that hosts 38 brands and starts on April 7, he will be sitting in a friend’s house, watching each company unveil its newest timepieces on a computer screen.

Mr. Schiffman said he will miss having new watches in his hands and socializing with colleagues in person. He is realistic, however, about the current limitations on physical gatherings. “It’s not something we can do, so Plan B is the next best thing, and Plan B is to do things virtually,” he said.

Certainly the online presentations this year have filled a pandemic-inspired need, but what happens to watch fairs when restrictions on large gatherings and travel are lifted?

And, perhaps even more important to the majority of watch fans, will brands revert to their traditional patterns, largely bypassing online channels available to the many in favor of in-person exchanges with the few?

Many watch industry insiders see the merits of physical fairs, historically held annually in Basel and Geneva. “It gives much more strength that all the brands are speaking at once,” said Frédéric Arnault, chief executive of TAG Heuer. “It helps us all create this mystique around not just this or that brand, but all watch brands.”

But virtual fairs have their supporters, too. “There is something about just being able to, I hate to say it, sit in your underwear and not leave your home and watch the show,” said Adam Craniotes, an editor at large at the watch magazine Revolution and co-founder of the RedBar Group, a collectors’ organization.

Watch fairs, like so many businesses, were forced to recalibrate by the pandemic. And in this case, experts say, that restructuring was overdue.

“Probably this year of Covid was useful for them to try to disrupt something that was difficult to disrupt without such an event,” said Claudia D’Arpizio, partner and head of luxury goods for the management consultants Bain & Company. “Everyone was questioning the value of these fairs.”

The Swiss events were pitched mostly at retailers and journalists with splashy presentation booths that can cost several million dollars and fancy brand-hosted events each evening. At Geneva’s fair, for example, the public wasn’t allowed entry until 2017, and that access was limited to a single day.

For several years there had been a feeling that the expense and exclusivity, especially in the all-access climate of social media and websites, were outdated.

As Ms. D’Arpizio put it, “It’s nonsense that all this content had lived just one week, like a butterfly.”

In the past, watch companies unveiled their main annual releases at two fairs. One was the Salon International de la Haute Horlogerie, commonly known as S.I.H.H. — held in Geneva in January and focused on luxury brands, predominantly those owned by Richemont, like Cartier and Jaeger-LeCoultre.

The other was Baselworld, the world’s largest watch and jewelry fair by almost every measure, with roots that went back more than 100 years. It was held in the spring and included both top-tier and more accessibly priced timepieces, jewelry and gems.

Things began to change a few years ago, as some brands pulled out of fairs entirely and others decided to create their own events. Brands owned by LVMH Moët Hennessy Louis Vuitton, like Bulgari and Zenith, introduced new watches at a group event in Dubai in 2020 and again earlier this year — although many are also unveiling models this week at Watches and Wonders.

Then came the pandemic. Watches -and Wonders 2020 was digital — free viewing, with consumer access for some of the content — with small physical versions last fall in Shanghai and on the Chinese island of Hainan. Baselworld 2020 was canceled entirely. 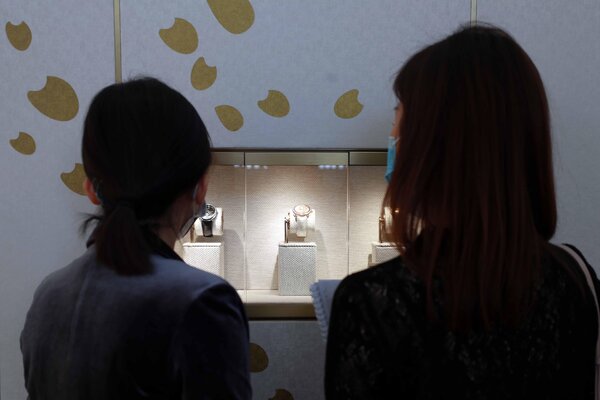 Organizers of Watches and Wonders Geneva promise content this year that goes beyond just brand rundowns of new watches. And next week, a physical version of the fair is scheduled in Shanghai, with panels, talks and workshops as well as booths from 19 brands.

“We’ve tried to move it from a professional salon, old style, into something I would say is more of a forum — a mix of Fashion Week meets Davos meets Watches and Wonders,” said Emmanuel Perrin, president of the Fondation de la Haute Horlogerie, the nonprofit organization that puts on the fair. (He is also head of specialist watchmakers’ distribution at Richemont, which accounts for about a third of the online fair’s participants.)

Baselworld has said it is returning, too, although in a different configuration. Renamed Hour Universe, the fair is planned as a live event in June. It also intends to hold a digital fair later this year, although that was an addition promised, but not fulfilled, in 2019. (Some Baselworld mainstays, like Patek Philippe and Rolex, are scheduled at Watches and Wonders.)

Many brands also have pivoted to and invested in video equipment to be used at the fairs and beyond. Chopard, for example, installed a film studio in its Geneva headquarters that it intends to introduce during the fair this week.

H. Moser & Cie set up in a similar studio, with professional lighting and three cameras, which it said has been used nearly every day since it was set up last fall. It intends to host a virtual presentation this week, with a vacation-themed backdrop that the brand said should lighten the potentially dull exercise of presenting timepieces.

“We heard from a lot of journalists that, in general, those presentations are quite stiff, so we’re trying to create an atmosphere that’s a little bit different,” said Edouard Meylan, its chief executive.

Watch fans likely have had the same reaction as those following fashion since the pandemic all but eliminated runway shows: Some videos are brilliant, some are just boring.

In addition to its presentation of new watches, Montblanc’s watch division will include a live conversation with Reinhold Messner, the mountaineer and a brand ambassador, talking about an expedition that helped inspire elements of a limited edition timepiece.

Other brands pretaped footage in dynamic venues. Hermès, for example, went to Geneva’s historic Bâtiment des Forces Motrices, taking along a sculpture and digital art piece that it had commissioned. And Ulysse Nardin filmed at Bassins de Lumière, a World War II submarine base in the Bordeaux region of France, to emphasize its maritime tradition.

“There could be a Zoom fatigue,” said Patrick Pruniaux, chief executive of Ulysse Nardin and Girard-Perregaux. “We have to make sure that we are delivering the message in a way which is the most exciting.”

From the brands’ standpoint, digital presentations help the bottom line. Several said production costs are as much as 90 percent less than a physical show — a real consideration as 2020 sales were down 30 percent year over year, according to Bain. And the content “can live beyond the period of the fair itself,” to be used other ways, Ms. D’Arpizio said.

That hasn’t stopped one critic from creating his own digital event.

“Zoom presentations as a way of running the watch industry, or as a way of getting business done, have been an abject failure,” said Ariel Adams, founder of the watch website aBlogtoWatch. “It’s because these brands have put absolutely no effort into anything beyond, ‘Hey, we heard Zoom meetings are a thing.’”

As another option, next month Mr. Adams will be introducing his own online fair, called New Watch Week. He aims to create more engaging videos than those in typical brand launches. The fair will include content at intervals throughout the year, instead of just during its first week.

His target audience, he said, is consumers, who will be able to watch for free, no invitations needed.

That type of programming is likely to continue after the pandemic has gone. Physical fairs, he said, may well resume then, too.

“The luxury industry requires real relationships, social opportunities, travel and celebration, and consumers that want to express themselves and have the money to do so,” Mr. Adams said.

“If you don’t have those things happening, you don’t really have a functioning watch industry.”