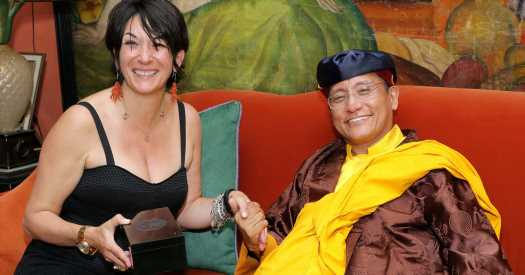 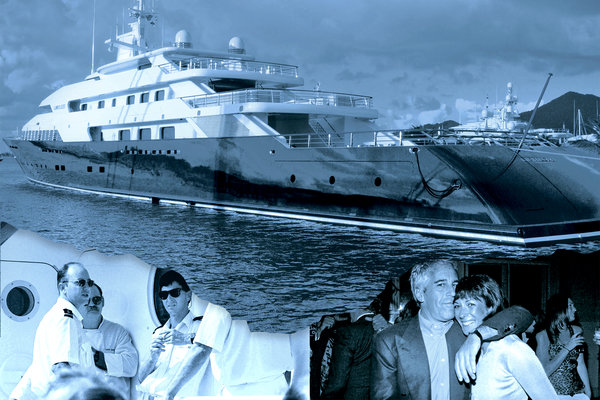 In 2014, Ghislaine Maxwell spoke at a Council on Foreign Relations event in Washington, D.C. She was there in her capacity as the founder of the TerraMar Project, an oceanic conservation group she started in 2012, according to a C.F.R. spokeswoman.

The C.F.R. is one of the world’s most prestigious nonprofit think tanks. Among its officers and directors then were David Rockefeller, one of the modern era’s most revered philanthropists; Colin Powell; and Robert Rubin, the secretary of the Treasury under Bill Clinton.

The TerraMar Project was an organization with an opaque website and a founder who happened to be the ex-girlfriend of Jeffrey Epstein, the mysterious money manager who — in addition to being one of the C.F.R.’s “Chairman’s Circle” donors for at least six years — had pleaded guilty in 2008 to state charges of soliciting prostitution from a minor.

Mr. Epstein spent the next year in county jail, becoming a symbol of the superrich getting away with crimes that seemed likely to send ordinary people to prison for far longer.

Ms. Maxwell herself would be a party to confidential settlements with at least two other people who said that they were victims of Mr. Epstein and that Ms. Maxwell was responsible for recruiting them.

She has never been charged with any crime, and continues to deny wrongdoing. (Attempts to reach her were not successful.) Even before these lawsuits and the C.F.R. talk, her involvement in Mr. Epstein’s operation was cited frequently in the press.

“We were unaware of the allegations against Ms. Maxwell at the time of the event,” the C.F.R. spokeswoman wrote in an email. The spokeswoman added that Mr. Epstein’s membership was revoked in 2009, because he did not pay his membership dues while in jail.

Mr. Epstein, after facing new charges of sex trafficking this year, died in jail on Aug. 10 from what officials said was suicide. And the TerraMar Project has been disbanded, though, according to The New York Post, an F.B.I. probe of it is underway. In the wake of Mr. Epstein’s death, attention now turns to the woman often accused of being his enabler, the striving socialite daughter of a disgraced billionaire.

According to tax filings from 2013 to 2017, the organization gave out no money in grants. A representative for the TerraMar Project said in a statement that the work of the organization included helping organize the March for the Ocean in Washington, a campaign to reduce the number of littered cigarette butts and publication of The Daily Catch, an oceanic conservation newsletter. The TerraMar Project also obtained a partnership with the luxury bedding company Yves Delorme on a collection of “water-inspired” sheets, pillowcases and comforters.

Euan Rellie, a British investment banker and society fixture who encountered Ms. Maxwell at events over decades, thought the charity as she explained it to him sounded at least in part to be a form of “reputation management.”

Christopher Mason, a reporter and a longtime friend of Ms. Maxwell’s, said he wondered if her primary motivation for starting the foundation was oceanic conservation or the conservation of Ghislaine Maxwell — creating a “respectable calling card” for someone “whose reputation was in jeopardy.”

And it was in jeopardy. The day before Mr. Epstein’s death, a trove of documents were released in connection with a defamation suit that Virginia Giuffre filed against Ms. Maxwell. Ms. Giuffre said that, at age 16, she was recruited by Ms. Maxwell and forced into being a “sex slave.” Ms. Maxwell called Ms. Giuffre a liar, was sued and settled.

A Lack of History of Activism

Ms. Maxwell had negligible experience as an environmental activist. Her preferred method of oceangoing was aboard a luxury yacht, which, according to Mr. Mason, was for her the pre-eminent symbol of “status and freedom.” It was through boating that she drew her inspiration for the foundation.

She spent much of her time in the late 1980s on the Lady Ghislaine, a nearly 200-foot boat owned by her father, the media mogul Robert Maxwell. It had a Jacuzzi, a sauna, a gym and private disco. Deep in debt, he bilked the pensions of thousands of his employees, and his body was discovered in the ocean off the Canary Islands, where he had taken the Lady Ghislaine in 1991.

The death was ruled an accident. The family reportedly lost almost everything, including the boat.

Ms. Maxwell, then living in New York, became known for her romantic relationship with Mr. Epstein, who was an all-purpose adviser for the billionaire Leslie Wexner. (Mr. Wexner said in a letter to the Wexner Foundation that, in 2007, he discovered misappropriation of his funds by Mr. Epstein.)

One of Mr. Epstein’s duties was handling contracts for the Limitless, a mammoth yacht bought by Mr. Wexner and designed by Bannenberg & Rowell. Ms. Maxwell was eager to get aboard when it was finished but never did, according to Craig Tafoya, its former captain.

“Ghislaine would always call me and say, ‘I’m coming down to use the boat with some friends. I would always tell her, ‘I have to call the owner. I can’t just let you on the boat.’ And she would never show up,” said Mr. Tafoya, who took this to mean that she never got permission. “She did that half a dozen times. And in talking to a guy who worked for Bannenberg, he said, ‘she does that all the time. She does it when she’s in front of all her girlfriends and wants to brag that she can go use someone’s yacht.’”

Ted Waitt is the tech billionaire co-founder of Gateway, Inc. who became Ms. Maxwell’s boyfriend after she broke up with Mr. Epstein.

Plan B, the yacht Ms. Maxwell helped him obtain and renovate, brought her to Croatia and the South of France. His check writing helped secure her place at conferences as they replaced benefit galas as the first-tier social gatherings of the late aughts. That was essential to getting the TerraMar Project off the ground.

When he met Ms. Maxwell, Mr. Waitt had a stringy, graying ponytail and wore drab suits. After she became his girlfriend, Mr. Waitt shaved his head, started wearing tinted glasses and became a virtual doppelgänger for Jason Statham.

There was even a submarine put aboard Plan B that Ms. Maxwell knew how to pilot. She began deep-sea diving, which she said is how she had discovered human-made debris all over the ocean floor.

Four people remember Ms. Maxwell talking of journeying to the center of the Pacific Ocean, in an attempt to find, she said, Amelia Earhart’s plane and body.

The conviction of Mr. Epstein and the subsequent bad press for Ms. Maxwell wore on Mr. Waitt, friends said. In 2010, they broke up. But Mr. Waitt had donated at least $10 million to the William J. Clinton Foundation. That helped Ms. Maxwell keep some access to the world of the Clintons. She used connections forged at their summits to help with the 2012 start of the TerraMar Project.

“All the oceans are interconnected and related. It’s all one sea,” Ms. Maxwell said to a reporter for the Mother Nature Network in a 2012 interview. “It’s the one major area of the world where we can be one species with one home and one common destiny.”

The TerraMar website trumpeted the support of well-connected “founding citizens” like Richard Branson and Martine Assouline, a founder of the luxury coffee table books publisher that bears her name.

In 2013, Ms. Maxwell went to Reykjavik and participated in a conference for the Arctic Circle. Scott Borgerson, a former Coast Guard officer and a onetime Council on Foreign Relations fellow, also attended. He also appeared with her at the 2014 talk for the C.F.R., and according to numerous friends of Ms. Maxwell, became her boyfriend. (Three of those friends said she later described him to them as a “Navy SEAL.” Mr. Borgerson declined to comment.)

Around that time, the Clinton Global Initiative announced a “commitment to action” from the TerraMar Project. Little evidence exists that it amounted to much.

The filings do not provide names of the firms or individuals to whom those payments were made; no programs were started for work in the field. No grants were given.

“Over all these returns, not a single dollar,” said Mike Crabtree, a tax partner at Boulay, a C.P.A. firm in Minneapolis. “The returns don’t really show what’s going on, where the money is going and what it’s being used for.”

In 2014, TerraMar’s accounting and legal fees were more than $50,000, an unusually high number given the size and activity of the organization, according to Mr. Crabtree. “I don’t know if ‘suspicious’ is the word I’d use, but to generate those kinds of fees a lot more would have to be going on than this would reflect,” he said.

As Mr. Epstein at last was charged in July with conducting a sex trafficking operation that investigators say resulted in the sexual assault of dozens of minors, the TerraMar Project shut down. It left a farewell message on its website, saying it had sought to “connect ocean lovers to positive actions, highlight science, and bring conscious change to how to people from across the globe can live, work and enjoy the ocean.”

Jacob Bernstein is a reporter for the Styles desk. In addition to writing profiles of fashion designers, artists and celebrities, he has focused much of his attention on L.G.B.T. issues, philanthropy and the world of furniture design. @bernsteinjacob