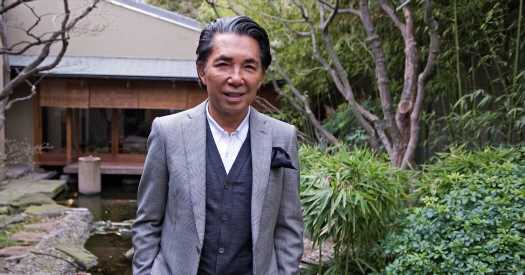 This week, the vestiges of a colorful life went under the hammer in Paris. Just over six months after his death at the age of 81, the designer Kenzo Takada’s estate was auctioned, and it turned out the fashion pioneer — the first Japanese designer to achieve success in the French capital — was still a major draw.

In all, 414 lots of furniture and decorative objects from Mr. Takada’s home in Saint-Germain-des-Prés were sold during a live auction, and 132 fashion prototypes, patterns and sketches were presented in an online-only forum.

When both events — a partnership between Artcurial and Christie’s — came to a close on May 12, Artcurial announced it had more than quadrupled its forecast, with sales in excess of $3 million (exact figure: $3,029,441), with 1,500 registered bidders in 28 countries.

“It confirms Kenzo’s eye as a collector,” said Stéphane Aubert, the auctioneer. “It’s a beautiful homage and a wonderful recognition of him as an artist. Buyers were drawn to his taste, which gives the pieces an extra bit of soul.” 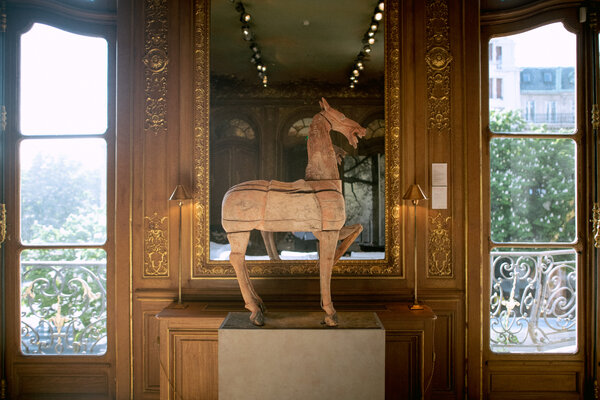 In the days leading up to the sale, Artcurial dedicated its entire second floor to a poignant restaging of several rooms in Mr. Takada’s luxurious Paris apartment and atelier, which were located on the sixth and fourth floors of a grand Haussmannian building across from the Hôtel Lutetia on the Left Bank.

In a separate gallery on the first floor, under one of the designer’s monumental crystal chandeliers, a short runway featured several never produced kimonos, coats and dresses that Mr. Takada designed between 2005 and 2008, a dozen years after selling his namesake brand to the LVMH Group in 1993.

“When we visited his apartment after his death, we had no idea what we would find but we didn’t expect there to be so much fashion,” said Clara Vivien, the fashion expert at Artcurial.

Though this auction — an eclectic array of objects that included a series of 13 prints by William Eggleston, a wooden funerary horse dating to the Han dynasty, antique French table services and Harcourt glasses by Baccarat customized with Mr. Takada’s signature gold lotus — did not inspire the kind of frenzy seen at the sale of the Yves Saint Laurent estate, which saw fights over nondescript umbrella stands and never used pots and pans, every lot sold, often for several times the high estimate.

At one point, a bidding war broke out over a small octagonal lacquered tray trimmed with galuchat by Katsu Hamanaka; valued at a high of 1,200 euros ($1,449), it sold to a European collector for 42,900 euros ($51,909). A four-piece ceremonial-style ensemble in ivory jacquard with colorful motifs was one of the fashion sale’s strongest performers: At 2,470 euros ($2,983), it was the second highest seller, after a trench in beige and black jacquard paired with a lavaliere blouse in ivory taffeta, which went for 3,380 euros ($4,081).

Also on view: the designer’s talent as a painter, of self-portraits in particular. Those were mainly done to accompany themed exhibitions in Morocco, Germany and Argentina, said Jonathan Bouchet Manheim, Mr. Takada’s longtime friend and business partner. The two men’s latest venture, the luxury home and lifestyle brand K3, was introduced in January 2020. The company’s projects, he said, would continue.

“Sometimes it feels like he’s just traveling, which he loved,” he said. “He was in great shape and he never stopped learning. He was trying to learn to play the piano from children’s books, and he was terrible at it. He looked like he was 60, and I thought he would live to 110.”

Although Mr. Manheim was outbid on one of Mr. Takada’s self-portraits in traditional dress with a Noh mask done for an exhibition in Moscow (a Russian buyer snapped it up), he did manage to purchase the designer’s favorite self-portrait for the K3 office. A classical-style oil showing a 40-ish Mr. Takada in profile wearing a formal gray suit and blue tie, the painting used to hang in the entryway of his atelier.

Other lots Mr. Manheim bought included three sets of costume sketches for the opera “Madama Butterfly,” which opened in Tokyo two years ago. He also picked up a Baccarat crystal Buddha, calligraphic works, some vases and a Hilton McConnico ball in Murano glass, which he said he would redistribute among the designer’s inner circle in Paris. Mr. Takada did not leave a will; after-tax proceeds of the sale will go to his nephews in Japan.

“I’m trying to do what he wanted to do,” Mr. Manheim said. “I was kind of sad during the auction because some of his friends don’t have unlimited means, so I feel a little responsible to them.”

It was gratifying to see that even little things sold well, he said. “We used to play Frisbee with that tray,” he said of the octagonal piece. “Not everything was intrinsically valuable — most of it was personal. It’s unfortunate for me, but maybe the world just wants to have a little bit of him.”