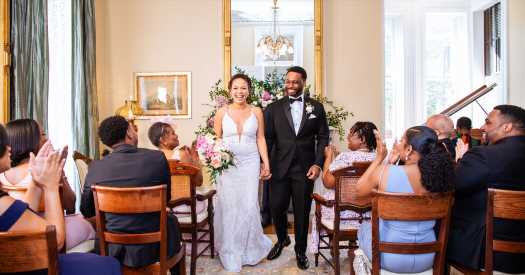 Dr. Kito Akin Obasi Lord likes to say he met Sarah Orcasita Lockridge-Steckel in January 2016 in Barcelona. Not the city in Spain, but a little restaurant-bar by that name near Yale in New Haven, Conn.

“Initially I befriended all her friends,” said Dr. Lord, who noticed her as she walked in with a bunch of friends after a Yale basketball game.

Dr. Lord, 39, who graduated from Morehouse College and received a medical degree from Howard University, was there celebrating the birthday of a friend and colleague from Liberia.

“He was very cute, and I wondered who he was,” she said of Dr. Lord. Ms. Lockridge-Steckel, 34, graduated from Harvard, and is now the chief executive of the Collective Blueprint, a nonprofit group she co-founded that supports young adults through adult education programs and job placement in Memphis.

Around 1 a.m., after dancing the night away with friends, she wandered over to Dr. Lord as he chatted with her friend J.P. Julien. Like her, Dr. Lord was pursuing an M.B.A. at Yale — he as a doctor in the weekend executive program, she full time — with graduation only six months away.

“I was exchanging numbers with J.P.,” said Dr. Lord, then an administrative fellow in Yale’s department of emergency medicine. He is now the medical director at Regional One Health Medical Center and an assistant professor at the University of Tennessee Health Science Center, both in Memphis.

“Hey you could put my number in your phone, too,” he said he recalled her saying, and was over the moon when she grabbed his phone and entered the number herself.

A half-hour later, Dr. Lord, determined to steer clear of the “friend zone,” asked her out in a carefully worded text.

“I’m crushing on you,” he said, and minutes later, a bit flabbergasted, she texted her friends to ask them what it meant.

The overall consensus: “He likes you. Just say yes.”

Two weeks later, after he swapped clinical shifts to fit her busy schedule, they met at a bar where they spent a good amount of time debating issues of the education system.

“She was super engaging, super smart and super-duper witty,” he said. She liked he was confident enough to challenge her strong views. 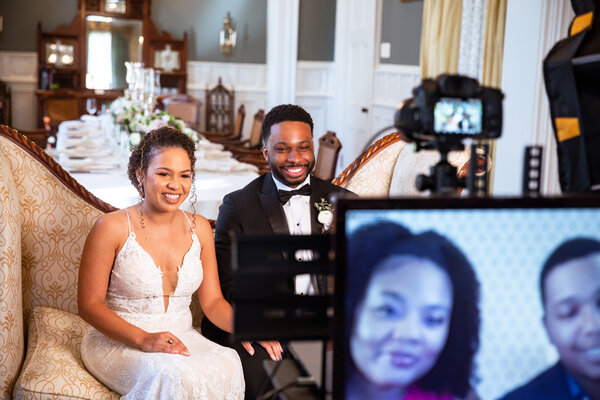 They met a week later at a jazz bar, and then on Valentine’s Day at his apartment, where he gave her a heart-shape box of Whitman’s chocolates, which they shared, along with a first kiss, while watching “House Hunters” on HGTV. (They still often watch that show to unwind.)

“We moved from zero to 100,” he said, and at graduation they sat one row behind the other and met each other’s parents, briefly.

After an eventful post-graduation trip to Thailand during monsoon season, their 18-month, long-distance relationship began — he in Philadelphia as an assistant medical director of emergency medicine at Jefferson Hospital in Philadelphia and she in Memphis setting up a nonprofit group.

“Moving down to Memphis was not initially part of my 10-year plan,” he said, “but Sarah was.”

In August 2017 after he got a job in Memphis, he moved down the street from her, and a year later bought a house around the corner. But in October 2018, amid stresses of work and their relationship, they broke up.

“He was my best friend so I missed him a lot,” she said.

Still, on Valentine’s Day he dropped off a card, and they soon decided to go for counseling.

“We had a lot of conversations about the next steps,” she said.

He wanted to propose in March 2020, but Covid-19 put the breaks on those plans, and he began leading Covid operations in the emergency department.

“He sees people in emergency crisis,” said Ms. Lockridge-Steckel, who is taking the groom’s name. “I see them in day to day crisis. I feel he’s my home and a safe haven.”

On Thanksgiving he proposed on his patio as their families looked on.

They were married April 3 by the Rev. Michael C. Davis, a Presbyterian minister, at the James Lee House, a bed-and-breakfast in Memphis. Immediate family, all vaccinated, were there in person, with 150 guests streaming in from around the world, including the groom’s friend from Liberia.