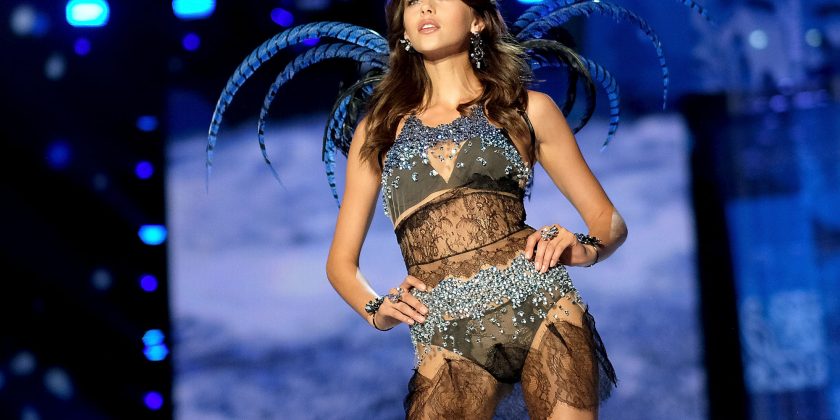 For the past two months, New Zealand model Georgia Fowler has been preparing to be seen in her underwear by 1.4 billion people.

That’s about how many viewers around the world will tune in to watch the Victoria’s Secret fashion show next month after it’s taped on Friday in New York City.

This will be Fowler’s third time walking in the lingerie brand’s annual runway show, but she auditioned and was rejected five times before she first made the cut in 2016.

After competing against hundreds of other models in a call-back casting round earlier this year, Fowler was one of about 50 women selected to star in Friday’s show.

“It’s so exciting to be cast among the most beautiful women in the world. It’s the dream job and you work so hard for it and for the casting,” Fowler, 26, told News.com.au.

“You train your butt off, so it’s nice to get in (the casting room) and for them to see that you’ve worked hard and notice it.”

“There’s a big judging table in front of you and you walk up in your undies, your most confident self and try to stun them with your personality and a big grin,” she said.

Fowler, who reportedly dated singer Harry Styles, has appeared on the cover of Harper’s Bazaar, Elle and Marie Claire and just wrapped up a busy fashion month, where she traveled to London, Paris and Milan to walk the runway for major designers.

She might have a body and a face that inspires envy, but the brutal auditioning process for Victoria’s Secret can even bring out insecurities in models.

“You go in feeling good and confident, but there are so many beautiful women in the world and it’s super competitive,” Fowler said.

“You have to keep your spirits up and I try to bide the time chatting with my friends. At the last minute, I put in some uplifting music to build my confidence.”

“It’s definitely easier going in now because I know the people in there. I know who is casting (the show), but my nerves are still at an all-time high. You want to feel like you deserve to be there and you did something right on the catwalk last year.”

Despite working all throughout fashion month and recently traveling to six cities in 11 days for work, Fowler says she’s made it to the gym every single day since getting that phone call.

“I usually train all the time, but in the in the final lead-up there are no excuses and there are no off days,” she said.

“I was hopping on flights and landing and still being like, ‘I have to get myself to the gym,’ because at the end of the day, no one else is doing it for you and you’re going to be seen by 1.4 billion people.”

“I do it for me. I want to show that I deserve to be there and I have worked hard to be there.”

She works out for about two hours a day with her personal trainer in New York and often adds in a pilates or boxing class.

“We mix strength training with more steady state conditioning days. I also add in pilates, boxing and I have to keep moving all the time,” she said.

“This year I set myself a running goal. I’m not a runner and I don’t really enjoy it, but it lets me challenge myself.”

Fowler has also been very strict with her diet in the lead-up to the show.

“But in the immediate lead-up to the show I cut out all alcohol, sugar, dairy and eat lots of good fats like avocado, nuts, salmon, greens. You get used to eating a certain way and I don’t really crave sugar anymore.”

“I just stick to that and I think after the show you have to treat yourself. Deprivation is the worst thing because you can’t stick to it.”

In the leadup to the show, Victoria’s Secret has faced backlash from curvy models and consumers who argue the brand promotes an unrealistic body type to female customers, and profits off making women feel bad about their bodies.

Australian model Robyn Lawley says she “hates” the lingerie giant and hopes it will cast models bigger than a sample size in this year’s show.

“I hate Victoria’s Secret,” Lawley told The Project in September.

“If they don’t use a curvy girl this year, I’d be shocked. And if they don’t, just don’t buy their stuff.”

Lawley said she believed the fashion industry was changing when it came to representing real body types.

“I think the fashion world has to wake up. And I think they are, very slowly,” Lawley said.

Lawley’s comments come after reports in The New York Post that American viewership of the annual Victoria’s Secret show plummeted more than 30 percent in the US.

The company claims it is still the most watched fashion event in the world and that more people watch it online. It reportedly costs more than $26.4 million to produce, according to The New York Times.

But the brand has also recently posted declining sales at US locations for seven straight quarters.

Investors in L Brands, the lingerie maker’s parent company, are taking a beating as shares are down more than 45 percent this year, making it the worst-performing stock in the S&P 500.

Company executives have cut prices and extended its sales longer. But it hasn’t helped the brand bounce back in the last two years, as rival companies are now attracting young women.

“Victoria’s Secret is an example of a company that thought it was too big to fail,” Lingerie Addict editor and founder Cora Harrington told The Post.

“I don’t think they ever considered that American consumers would go elsewhere.”

When asked about the pressure on Victoria’s Secret to feature a more diverse range of bodies on the runway, Fowler says all the models cast deserve to be there.

“We are all different body shapes but we all work really hard. We are athletes at the end of the day,” she said.

“We can encourage and embrace all body sizes, but we work really hard for the bodies that we have and we are super confident and love walking down that catwalk. It’s the one show where you can be yourself.

“When I go to the gym I want to be strong. It’s not about being skinny, it’s about being fit.”