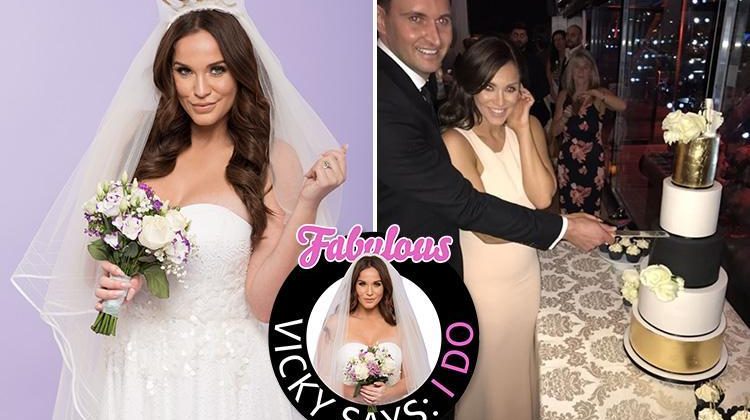 SHE is the loud, bubbly reality star who was known for her wild partying and tumultuous love life, but Vicky Pattison has finally found "the one".

After a chance meeting with John Noble, 30, on the train, the 30 year-old is now engaged and swapping party plans for seating plans. 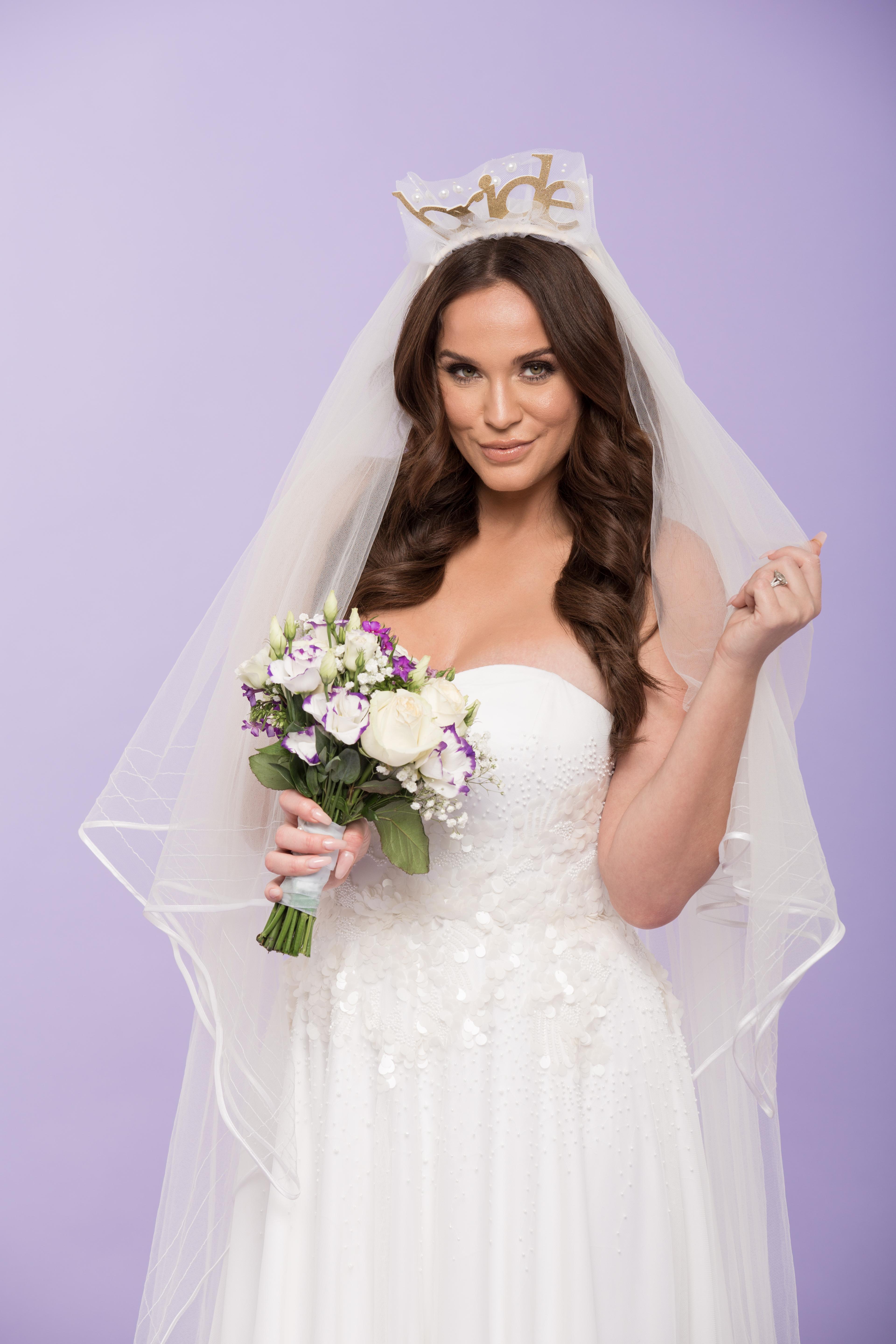 But Vicky’s romance has not all been plain sailing. Rumours have been rife the couple have been in make or break talks and the wedding was postponed after Vicky said she’s “not ready to be a wife”.

As the brunette babe launches her monthly Fabulous online column where readers can follow her every wedding plan, Vicky opens up in her first instalment about her disastrous engagement party, fame-hungry exes and culling the guest list…

JUST for the record, there’s no way John and I are breaking up.

Our holiday to Dubai wasn’t ‘make or break’ as was suggested. We just hadn’t seen each other for ages and it had been really tough. I know John’s the right one – and we’ve FINALLY set a date for the wedding. Well, more the month we want to get married but trust me, this is progress! 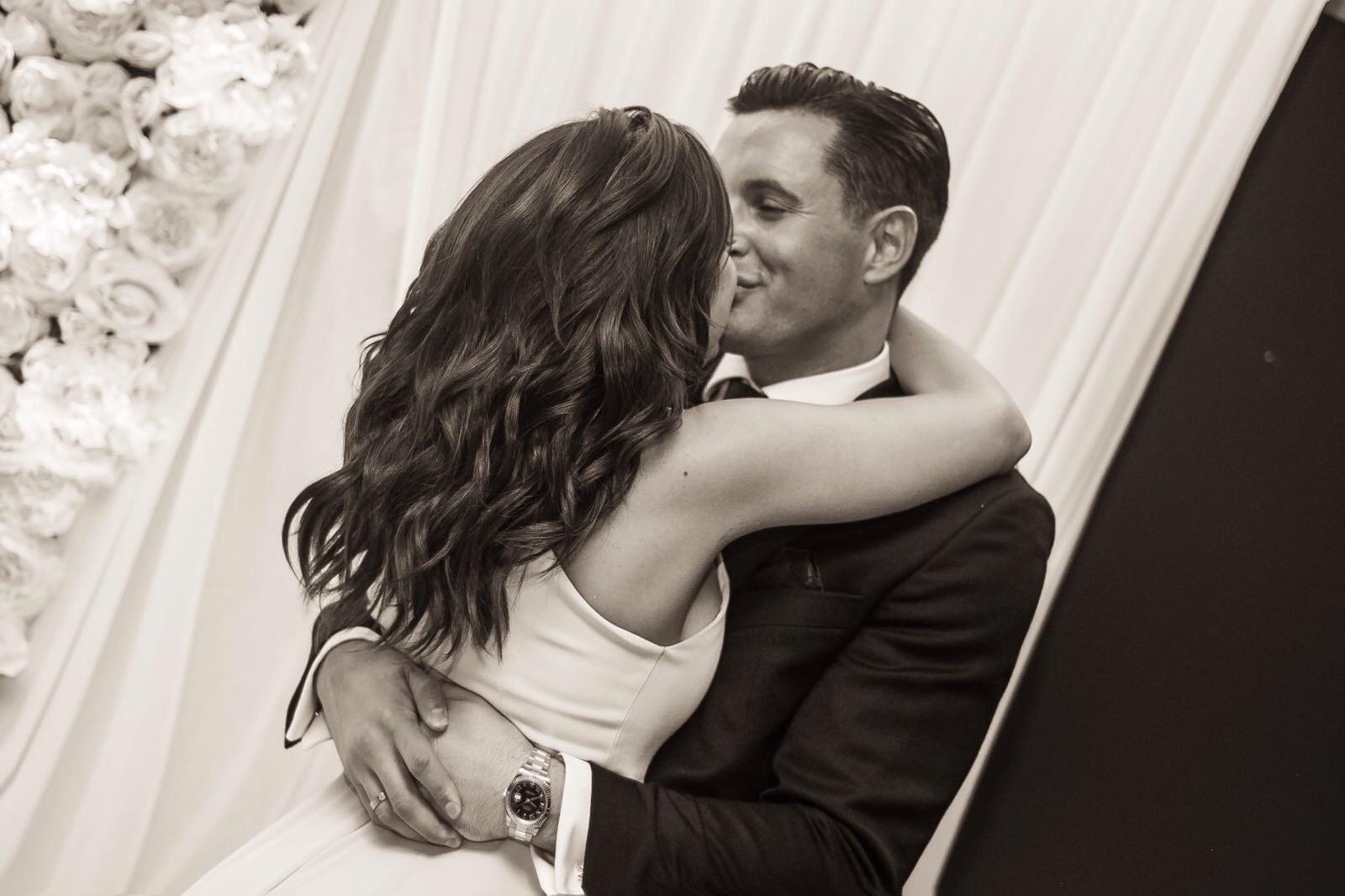 When people ask me what my wedding will be like, all I can tell them is nothing like our engagement party last year. It was a disaster. Everything went wrong that could have gone wrong. John and I got sucked in and carried away, and before we knew it there were 300 people, a photo booth and giant light-up letters. And it cost a fortune! I won’t put a figure on it because that’s tacky, but the engagement party cost what most peoples’ weddings do.

I agreed to have security on the door, then half an hour into the party I had my aunty ringing me saying my nan and grandad couldn’t get in because their names weren't "on the guest list". In what world are my grandparents in a wheelchair and a mobility scooter going to cause any bother?

There were so many guests to get round that John had a mild panic attack. He was like, “I can’t do this Vicky, I’ve just welcomed everybody. I can’t do those rounds again!” I told him he’d best man up because if he thought this was bad, imagine what a wedding would be like! 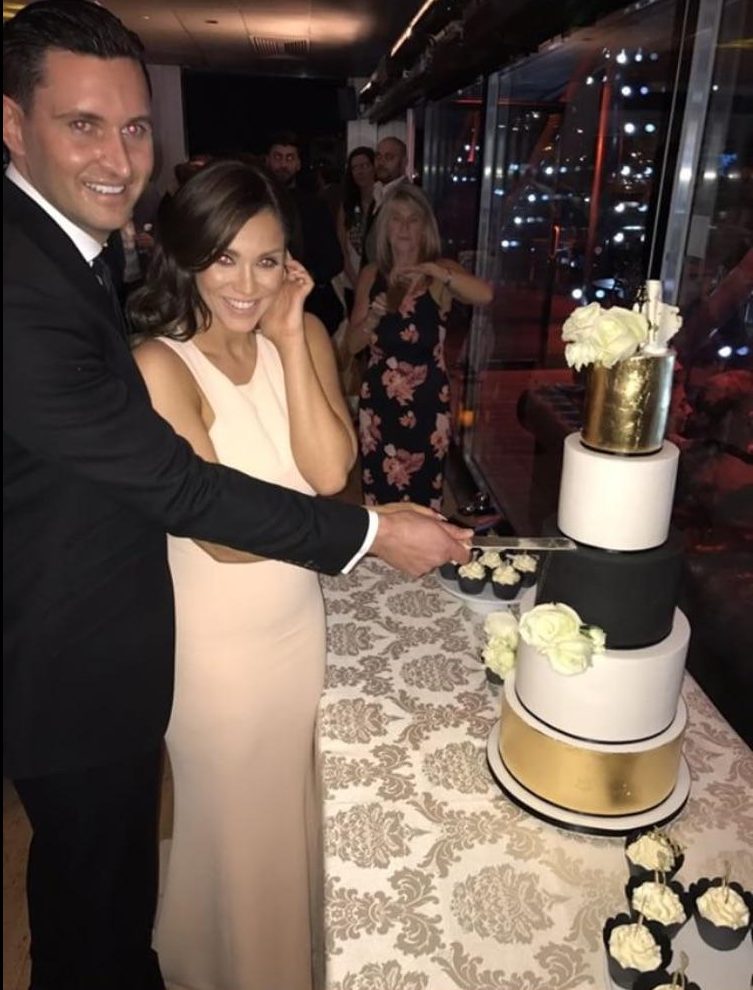 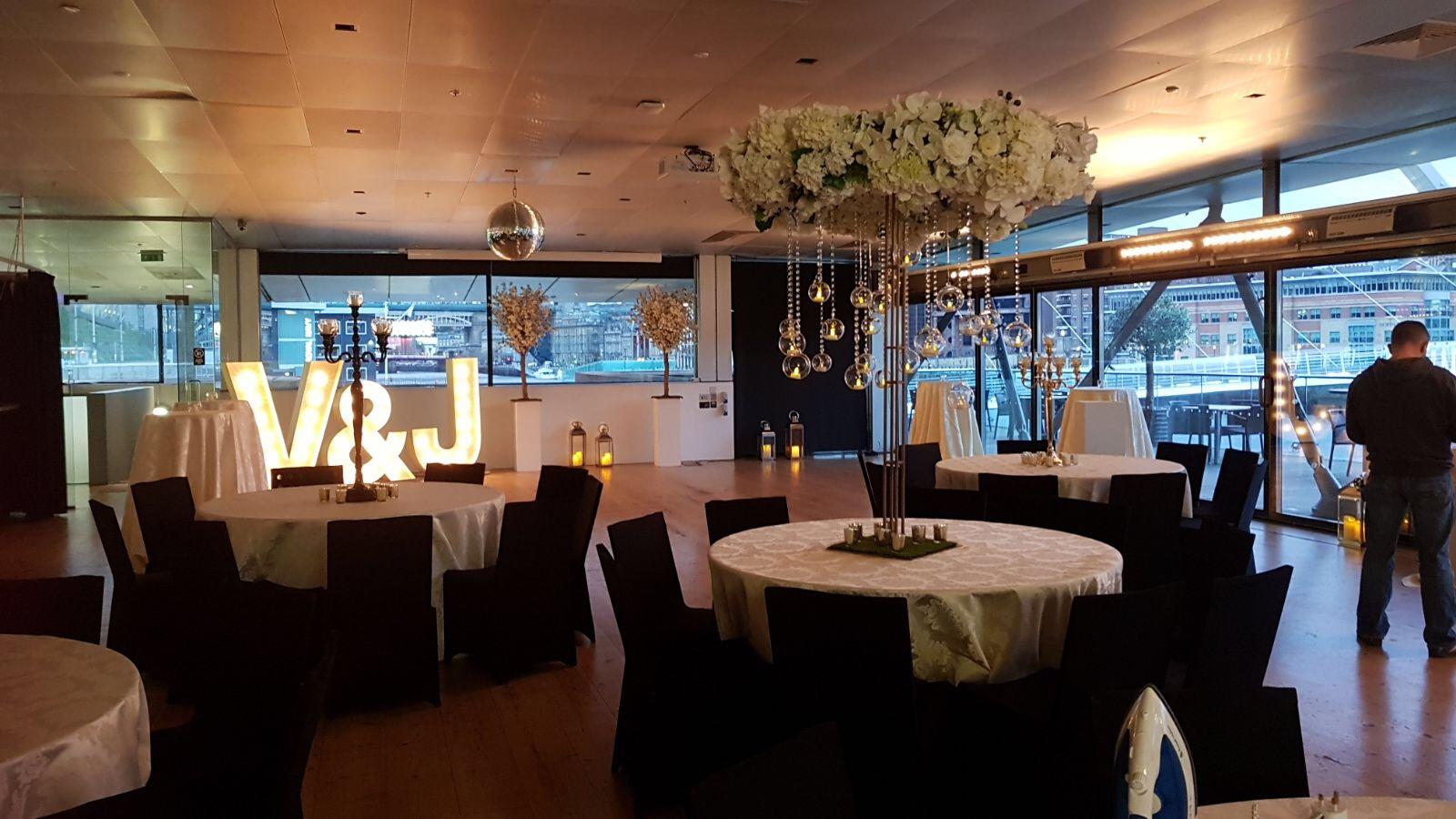 Love real life stories? We're always on the lookout for case studies to feature on Fabulous Online. Join our Facebook group and you could make money by telling your story.

It was so stressful, there was nothing about the night that was for me and him. I realised I don’t need a massive wedding. I just really need John.

I saw the engagement party as being like an audition – and I’m Simon Cowell. Unfortunately for a lot of the guests it’s going to be a ‘no’ from me when it comes to the wedding. I’m going to be savage, because a lot of people didn’t add anything to my night other than stress. There were people who came I didn’t even speak to!

I want people there who love me and John and are pleased that we found love with each other. 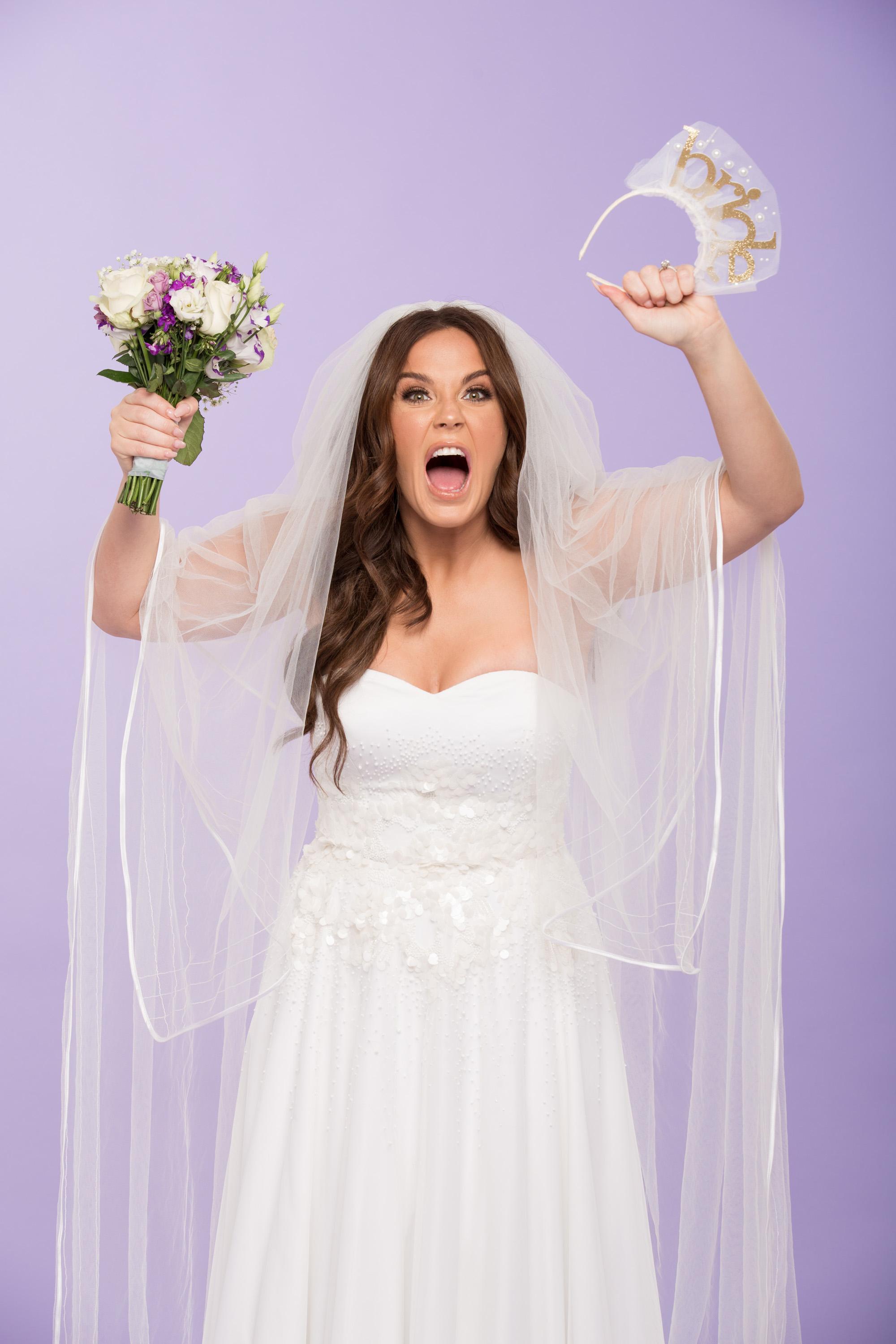 Before John and I got back together, I honestly believed I’d never trust anyone again.

After winning I’m A Celeb in 2015 I moved to London, and I’d never been so in demand workwise. I was drained, exhausted, homesick and lonely. I surrounded myself with people I hadn’t known long and, while some turned out to be amazing, others were clearly along for the ride.

Most of the men I met were attracted to the attention and excitement that came with my life and it made me sick. I hated it, but loneliness can make you do silly things.

After being fooled one too many times, I gave up on men. Then I bumped into John on a train. 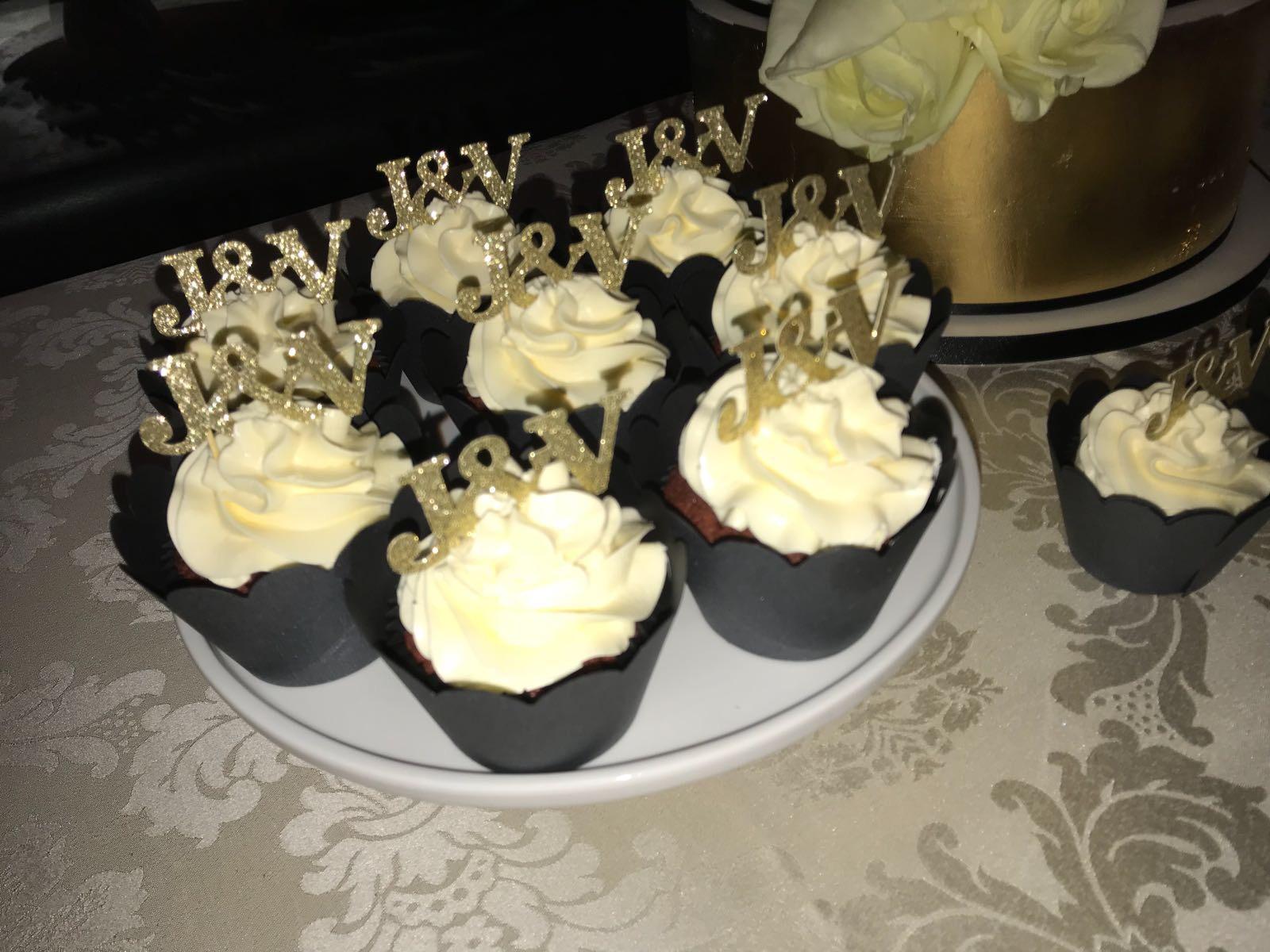 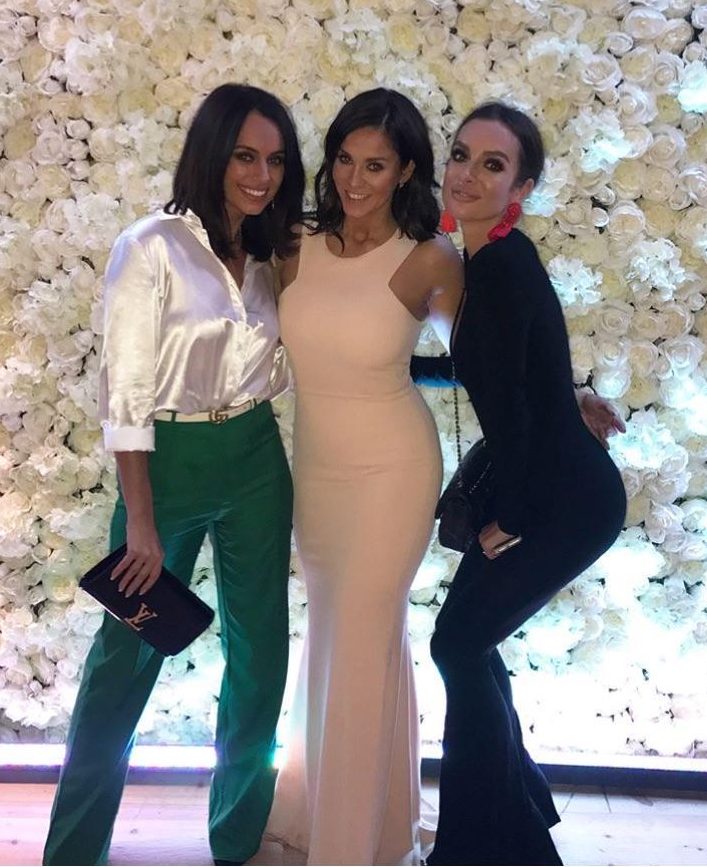 We’d met almost 10 years previously, and before that night I’d known exactly who he was. He was a proper face on the Newcastle party scene. I was hostessing in Florita’s bar and loads of the girls tried chatting him up, but not me. I was too busy getting drunk and trying not to fall over while carrying a huge tray of drinks.

We first spoke at a house party. We started dating and had a ball together, but we were kids. I knew he was the right one, but it was definitely not the right time. Settling down in our early 20s didn’t appeal to either of us. And then came Geordie Shore.

John’s from a lovely family with a great business. He couldn’t be seen to be mixed up in a world of televised shouting, swearing, tashing on and slut dropping and I understood totally. 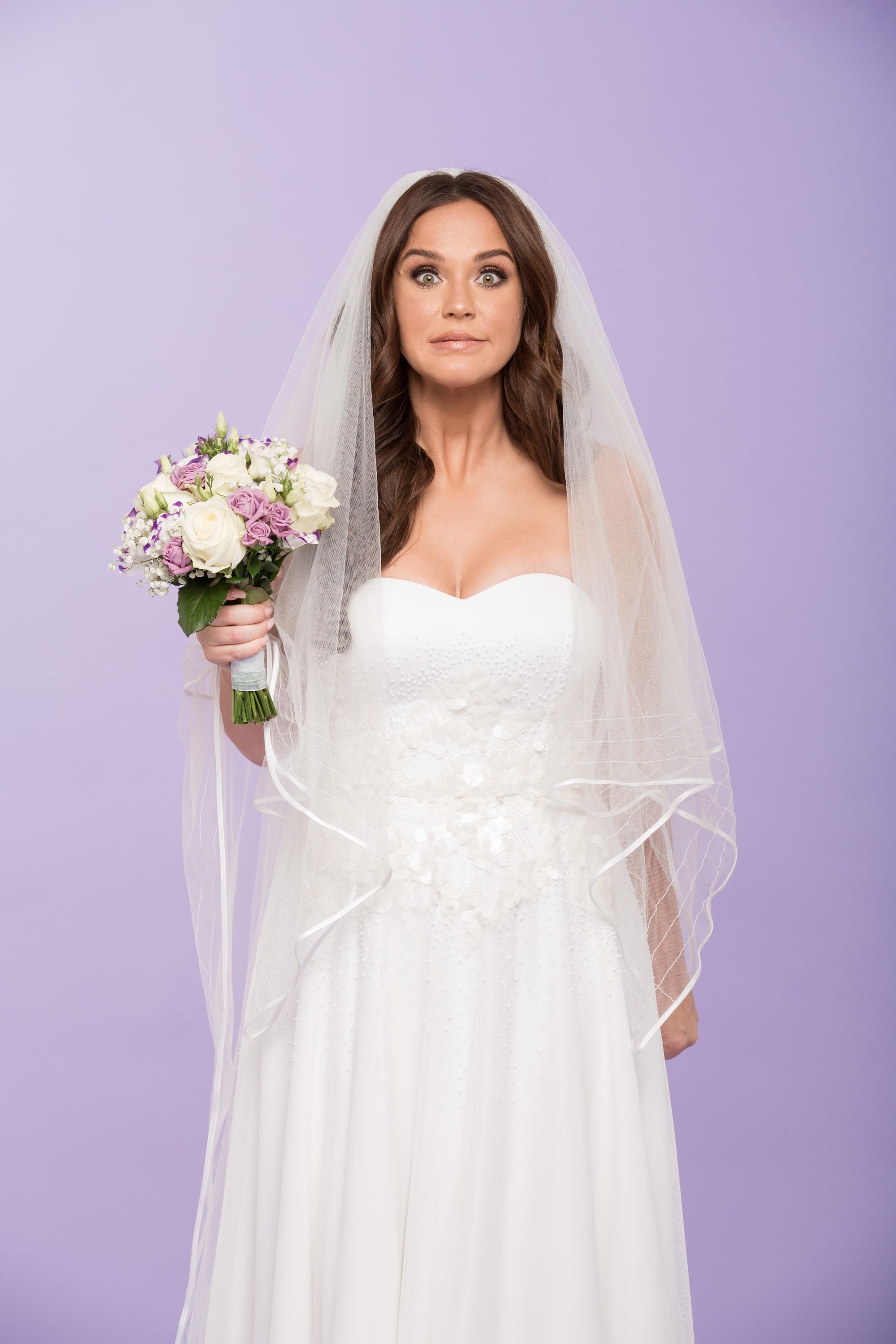 I wanted to do the show – if I’d turned it down to keep him I would have been resentful towards him for the rest of my life.

I occasionally thought about John over the years, he was always ‘the one that got away’. Then when I saw him again in March 2016 I was transported back to that house party and instantly felt 21 again.

We didn’t talk much that day, I was too nervous, but when John slid into my DMs later that day – he’ll kill me for telling you that – our chat was easy and it just went from there. 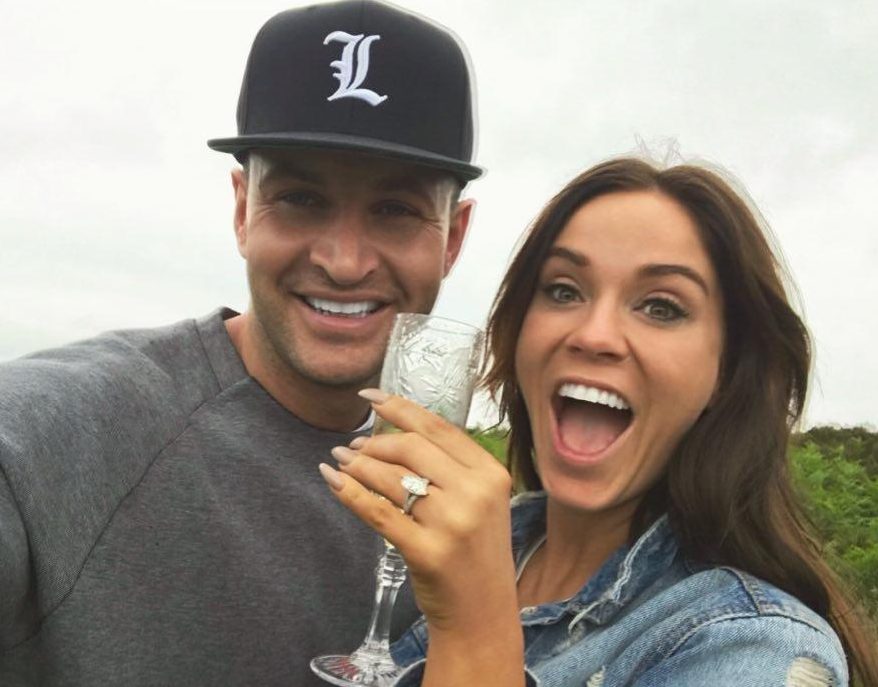 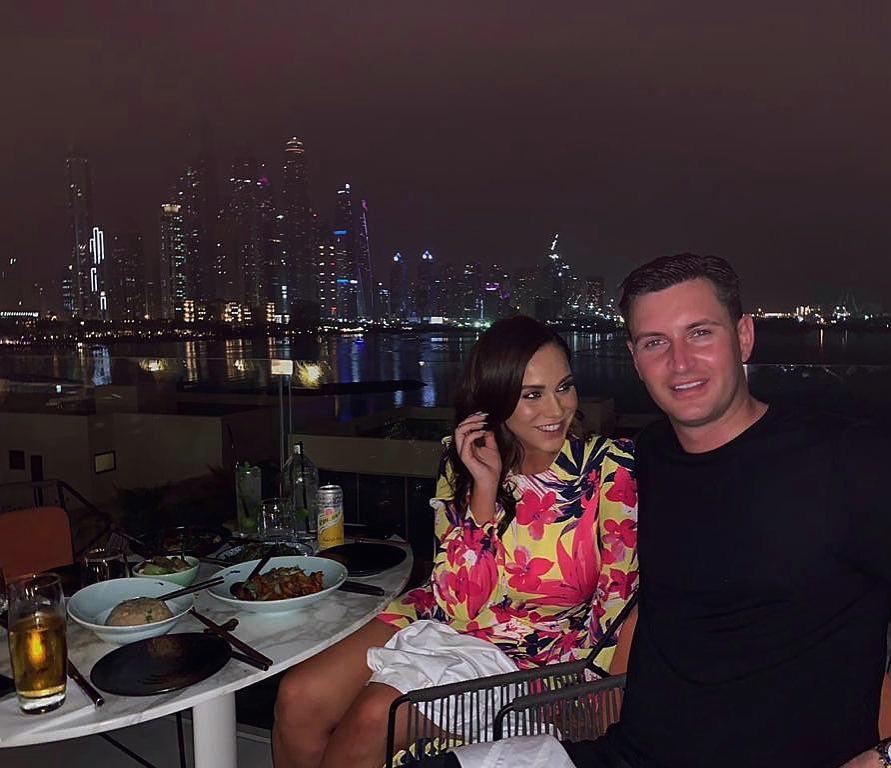 John loved me when I worked in a call centre and a nightclub, when I hadn’t learnt how to apply fake tan properly and when I was so far into my overdraft that my debit card felt more like a gift card. My most used line was, "I don’t know how much is on this but give it a go."

He is strong, hard-working, loyal and always wants me to be the best I can be and that’s how I know I’m making the right decision marrying this man.

When he got down on one knee during a walk up north (it was very important for him to propose to me in our homelands) with his Great Dane Roxy – the other love of his life – and dug out the bottle of champagne he’d hidden in a bush earlier that morning, everything else melted away. 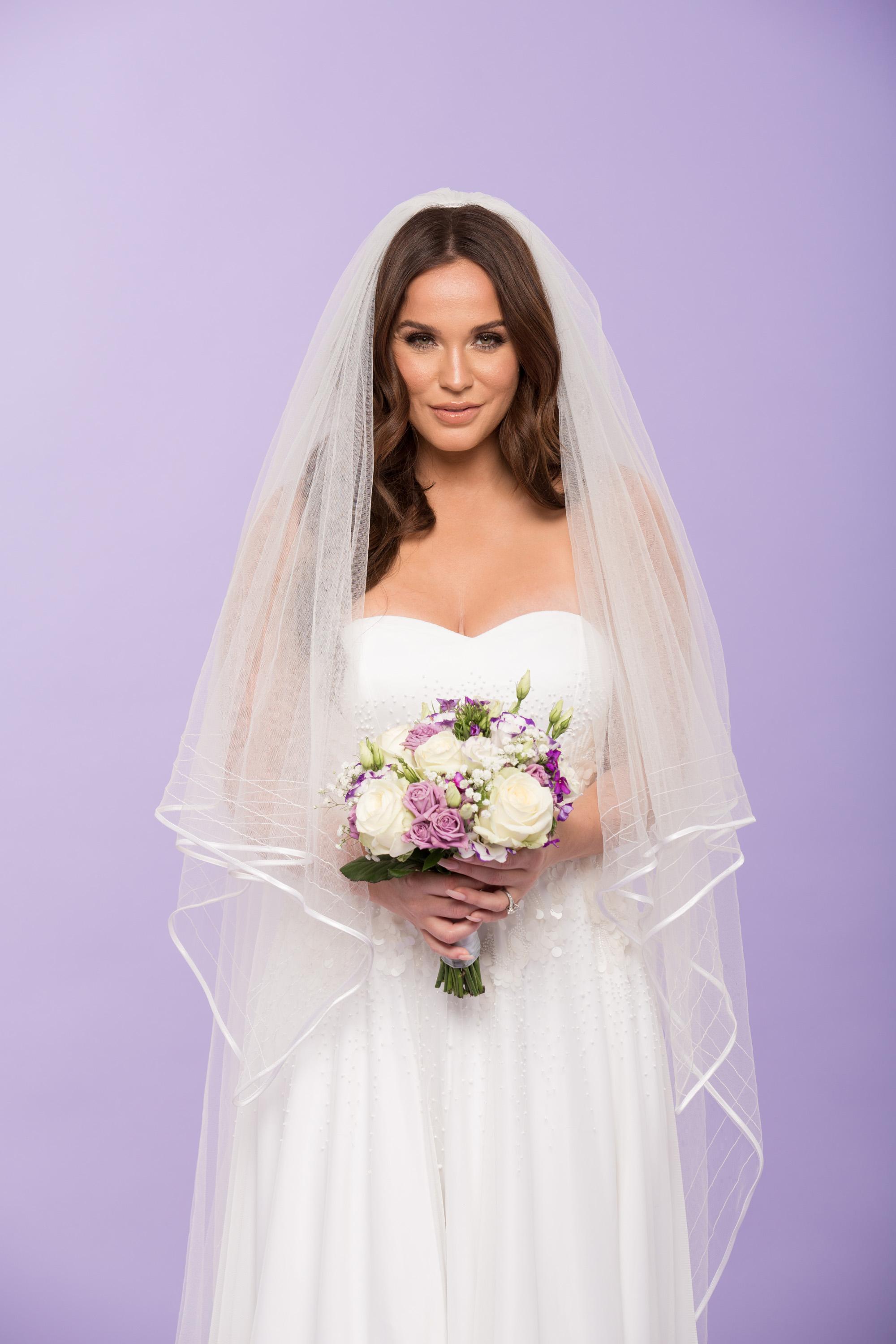 I know my ring is amazing, but I would have said yes for a Haribo ring. Having said that, when I’m lying next to him at night and he’s snoring like a combine harvester, I stare down at my finger and it makes listening to that racket a bit more bearable!

We were going to get married this year, but I ended up going to South Africa for nearly two months to film I’m a Celebrity Get Me Out Of Here Australia and spent a month filming Celebrity Hunted for Stand Up To Cancer. On top of that, I lost my best friend Paul.

So regardless of what you may have read or heard, I never had cold feet. We never stopped loving each other and the wedding was never “off”.

I’m now in full-on Bridezilla mode, and can’t wait to share this journey with you – warts and all…”

Next month, Vicky introduces Fabulous readers to her wedding planner – and the one thing she WON'T let Vicky have on her big day…