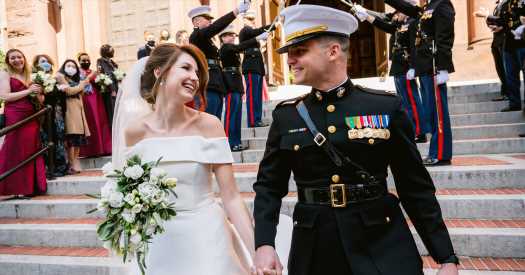 Daniel West, a history buff, was asked what era he would have preferred living in with his wife, Isabel Eberstadt, if given the opportunity.

“The American Founding,” said Mr. West, 33, a venture investor, who is originally from Houston and the founding chairman of Brillante Academy, a Texas public charter school.

“The founders were conscious of the fact that they were launching an experiment in self-government,” said Mr. West, who graduated from Harvard, from which he received an M.B.A. and a law degree.

“The idea was to figure out how to govern ourselves instead of waiting to be told by someone else how to live,” he said. “To be able to tell your kids in 1776 that ‘the future is yours,’ that’s something exciting to think about.”

Mr. West, who spent four years as a Marine (2009-13), is himself a part of modern history. He served as a platoon commander with the 22nd Marine Expeditionary Unit, and stationed aboard the USS Mesa Verde, he led the tactical recovery of aircraft and personnel force in support of the NATO aerial campaign over Libya. He also deployed to Marjah, Helmand Province, Afghanistan as executive officer of India Company, 3rd Battalion, 9th Marines before leaving active duty. He achieved the rank of captain, and was last stationed at Camp Lejeune, N.C. 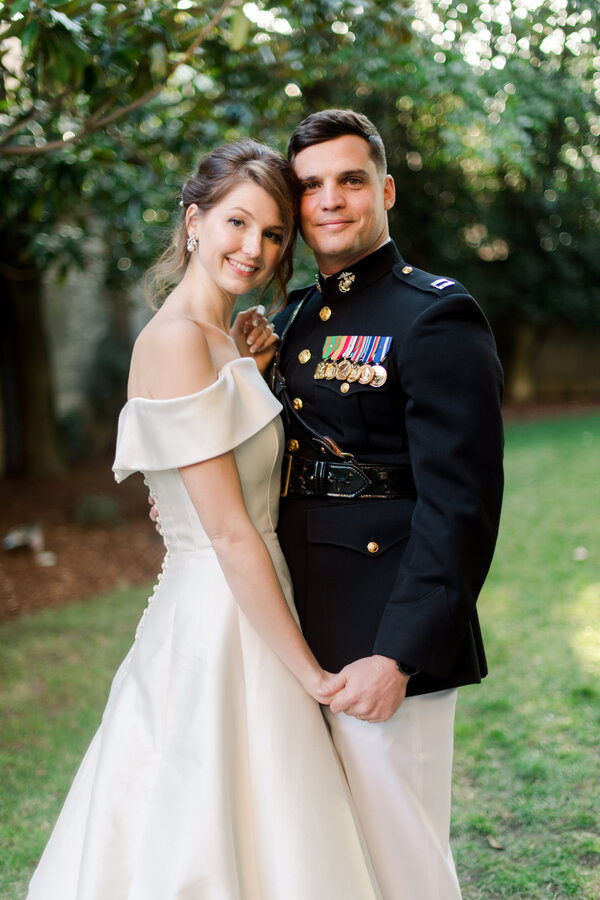 Ms. Eberstadt, 27, a singer/songwriter, agreed with Mr. West that raising young children during the time when Philadelphia was fast-becoming the cradle of liberty was an exciting thought.

“But women couldn’t vote back then, so I probably wouldn’t be happy,” said Ms. Eberstadt, who works alongside her sister, Kate Eberstadt, in the alt-pop duo, Delune. They have performed in theaters and other venues around the world. Their music teaching projects have involved collaboration with communities in Berlin, Washington, Kazakhstan, and Nepal, and have been featured in Elle and Glamour, among other publications.

The couple’s love and appreciation of history is why Mr. West and Ms. Eberstadt were married March 20 at the Cathedral of St. Matthew in Washington, where the couple now lives. The Rev. Aquinas Guilbeau, a Roman Catholic priest, performed the ceremony, which did not include guests.

The couple originally preferred marrying at the same cathedral on New Year’s Eve 2020, but the coronavirus forced them to wait nearly three months before exchanging vows in the place where many historic events have taken place, including the funeral of President John F. Kennedy, the annual Red Mass attended by justices of the Supreme Court, and visits by St. Teresa of Calcutta and Pope John Paul II.

The bride’s parents, Mary and Nicholas Eberstadt of Washington, are also a part of the cathedral’s history, having been married there in 1987.

“But what really impresses me about her is that she’s tremendously generous, sensitive and loving to everyone,” he said. “She just has this tremendous willingness to pour out her heart to family, friends or people she might not even know who are suffering in some way.”

The bride said that the groom would have succeeded in any era he chose to live in, had he a choice.

“No matter when, or where,” she said, “because anything Daniel sets his mind on doing, he simply gets it done.’