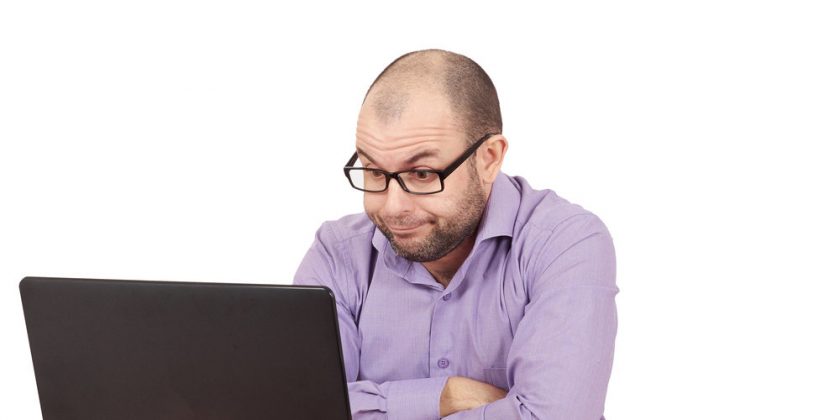 Jason Richards is known as @Seinfeld2000 on Twitter, where he explains what the world would be like if “Seinfeld” were on TV today. He messaged me recently to explain that he was incensed by the misuse of a meme that he says he popularized three years ago. This meme consists of adding the theme music from “Curb Your Enthusiasm” to an unrelated video clip, often zooming in on someone who is visibly trapped in an awkward situation and thereby making light of the person. In 2019, he said, he is looking to help end the meme. I invited him to tell me more, so he did. (This interview was stitched together from many, many direct messages, and a telephone conversation, and edited for clarity, coherence and grammar.) — JONAH ENGEL BROMWICH

Jason Richards: Thank you. Before we get into it, I just want to preface this by saying I’m glad you’re taking some time to discuss this serious subject.

I understand that this is a confusing time for digital media. Instagram keeps adding widgets and baubles nobody wants in an effort to make us spend more time staring into Kylie Jenner’s vacant eyes. Most of Facebook’s users are dead. News publishing start-ups are struggling, with companies like Mic being sold because they spent their funding on a gold foosball table that says WOKE on it that doesn’t work because every player is a replica of Colin Kaepernick taking a knee. These days the desire to create shareable content is stronger than Stephen Miller’s desire for hair that looks as real as it does on the outside of the can.

what if curb your enthusiasm still on tv? pic.twitter.com/ii6S9kIMug

So I can see how whenever there’s an awkward moment that happens publicly — any awkward moment at all — people working at media companies would immediately rush to make it into a “Curb Your Enthusiasm” meme, without putting any of the love into the content that made it such a beloved meme to begin with.

So can you give me some examples?

Sure, let’s start with this one.

First of all it’s a vertical video. You know, let’s have the wherewithal to record horizontally here, this isn’t Aunt Linda using her Android for the first time. Let’s rein it in, let’s be calm enough to hold the phone in the correct position, first of all.

We’re recording a flat-screen and not even facing the TV at the correct angle; it’s off to the side. This is so haphazard. We see someone’s disgusting cupboard above the television. Now we’re zooming in manually. This is pathetic.

And also … this is funny on its own. One thing I make sure of is the person we’re zeroing in on has some philosophical situational kinship to Larry David. This guy is trolling Trump. He’s not in an uncomfortable situation; he holds the power here. I can’t really think of an episode of “Curb Your Enthusiasm” where Larry David emerges victorious and is getting his reward as the camera swoops in on him. It’s a complete inversion of the “Curb” formula. It’s just fundamentally wrong. This meme isn’t about just identifying anything, isolating it and putting in the music.

But is it just this one guy? Or are there lots of these bad uses?

Mr. Richards quickly found four more examples as well as “the one that really set me off,” which came from The Daily Beast’s Twitter account.

It’s not just people working at media companies who are abusing the meme. Celebrities (or “celebs” for short) are now exploiting it for their own viral success.

Jaden Smith? I would expect this type of online self-indulgence from Will, Jada, Willow or even Trey, but I thought you had more integrity than this. I guess I was wrong.

Why do so many of these include the president?

The not-very-funny answer is that Trump is such a dominant figure across all media. And a lot of people on Twitter want to see him look like a loser.

How can you get mad at people for ripping you off when the meme is taken from somewhere else?

I’ve sort of appointed myself the social media guardian of Larry David and HBO slash Warner Media’s intellectual property. I justify that by being something of an originator, I might go as far to call myself a pioneer of this meme, much like Marie Curie or Alexander Graham Bell, spreading knowledge of a pre-existing truth.

I suppose maybe the best way to say this is that within the territory of Twitter, I am the gatekeeper of this meme, this particular way of using this content. Larry David has no social presence. In a way, I’m his unintentional surrogate and I like to think that he would absolutely agree. In fact, if you happen to reach out to Larry David for this article and he declines to comment or doesn’t respond, that silence would qualify would as absolute consent and complete agreement with me.

Mr. David did, in fact, respond, when asked to comment on the phenomenon. “I don't know anything about this,” he said in an email. “Every now and then someone will send me something with 'Curb' music at the end. Some of them I find mildly amusing, some not. Have never really given it any thought except for wondering why anyone would do it."

I wonder if you can retire a meme. It kind of reminds me of the cartoonist who drew Pepe. (Matt Furie's creation, Pepe the frog, was appropriated by white supremacists, leading him, in one memorable phrase, to go “legally nuclear.”)

Oh yeah Matt Furie … but I think that kind of worked in the long run!

Beginning next year, no one will be allowed to make a video where they zoom in on an uncomfortable moment and add the “Curb Your Enthusiasm” theme song to it capped with an abrupt end credit.

And you might say: @Seinfeld2000, how ever will you enforce this ban? As usual, I’m already 100 steps ahead of you. I’m working with disgraced Twitter C.E.O. Jack Dorsey to ensure that anyone who attempts to post one of these memes will be immediately exiled from the platform. Just to give you an update on this plan, so far, I have DM’ed Jack with the proposal and I am awaiting a response. As soon as he reads my DM, I’m sure he’ll make this initiative his top priority, over adding an edit button or banning Nazis, people who send death threats, and worse, people who link to their SoundCloud accounts the moment a tweet gets over 500 RTs.

If this plan doesn’t work for WHATEVER reason, here are three tips for when you’re attempting to make your own Curb Your Enthusiasm meme, which will never be as good as mine, to seem less pathetic:

Choose good moments. In today’s always-on culture, cringe-worthy events happen all the time. Be a good editor and pick only the moments that will work best. Usually these will have to be drawn out and painful enough to accommodate the first 12 seconds of the “Curb Your Enthusiasm” theme and have a character suffering in the center of it all. Have you found a moment where an athlete laughs awkwardly for a moment? That’s not quite right. I know, but everyone on Twitter is laughing about it. Still, be strong. A better moment will come along soon. Let the hacks take this one on.

No sloppy iPhone screen records. Download the video and open it in iMovie and use the Ken Burns effect, just like the professionals do. This is the Curb Your Enthusiasm meme, not amateur hour at Captain Johnny’s Two-Cent Peanut Circus. Have some respect.

Stay true to “Curb Your Enthusiasm." No juxtaposing credits over the video or cutting the shape of the video square. Is that what the show is like? No. Do you even watch the show?

Lastly, I just want to leave you with a thought. One thing I’ve always tried to promote on my Twitter account is the idea of imagination. I ask what “Seinfeld” would be like today and like to make my own suggestions, but there’s really no wrong answer. The only real answer is: “Seinfeld” today is whatever you want it to be. Is it imaginative to just use the “Curb Your Enthusiasm” meme anytime something slightly weird happens on TV or social media? That’s a rhetorical question, and so I’m not obligated to answer, and yet I will: It simply is not. And so that’s why I am leaving this tired meme, which I am largely responsible for, in 2018, which is almost over.