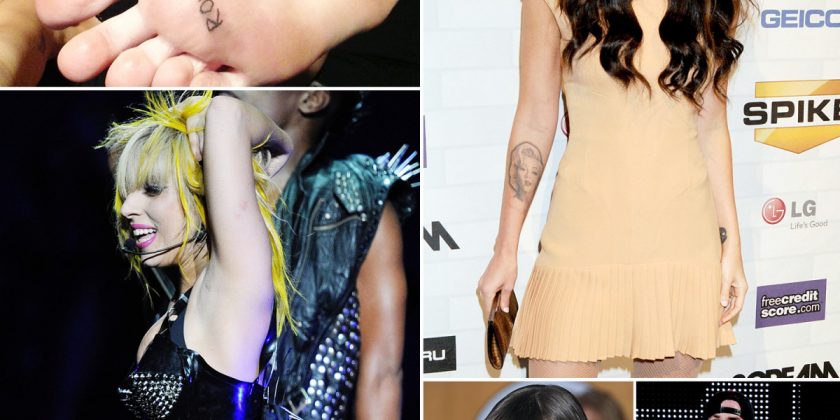 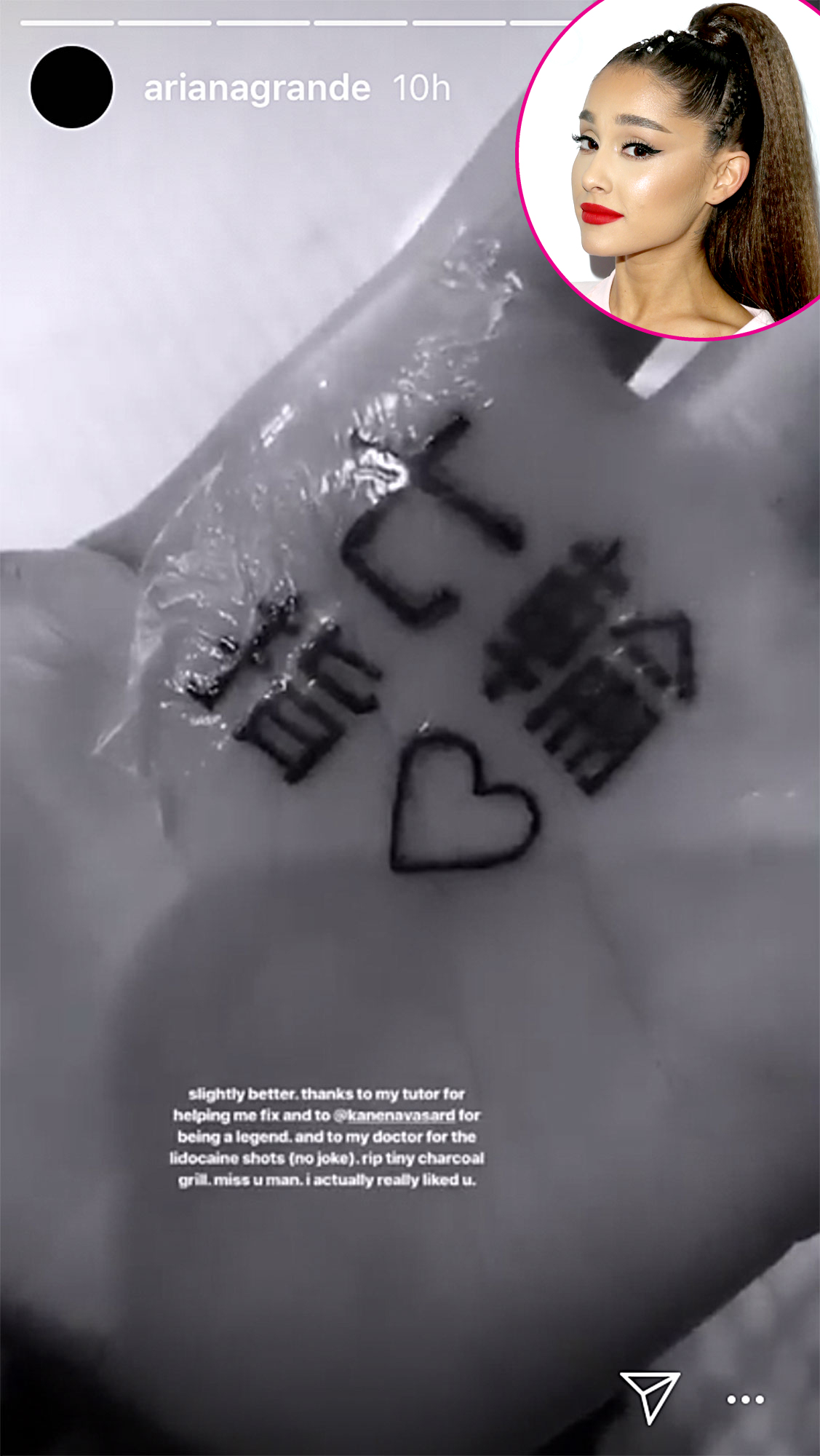 The “Breathin” singer attempted to get the title of her hit track, “7 Rings,” tattooed on her hand in Japanese, but she missed a few characters. “Ariana Grande’s new tattoo “七輪” means Japanese style bbq grill, not 7 rings,” a Twitter user pointed out Opens a New Window. . “If you want to know about 七輪, just google ’SHICHIRIN.” The songstress later tried to update her ink, but she botched it once more when adding a Japanese symbol in the wrong spot, changing the artwork’s translation to, “Japanese BBQ finger.” 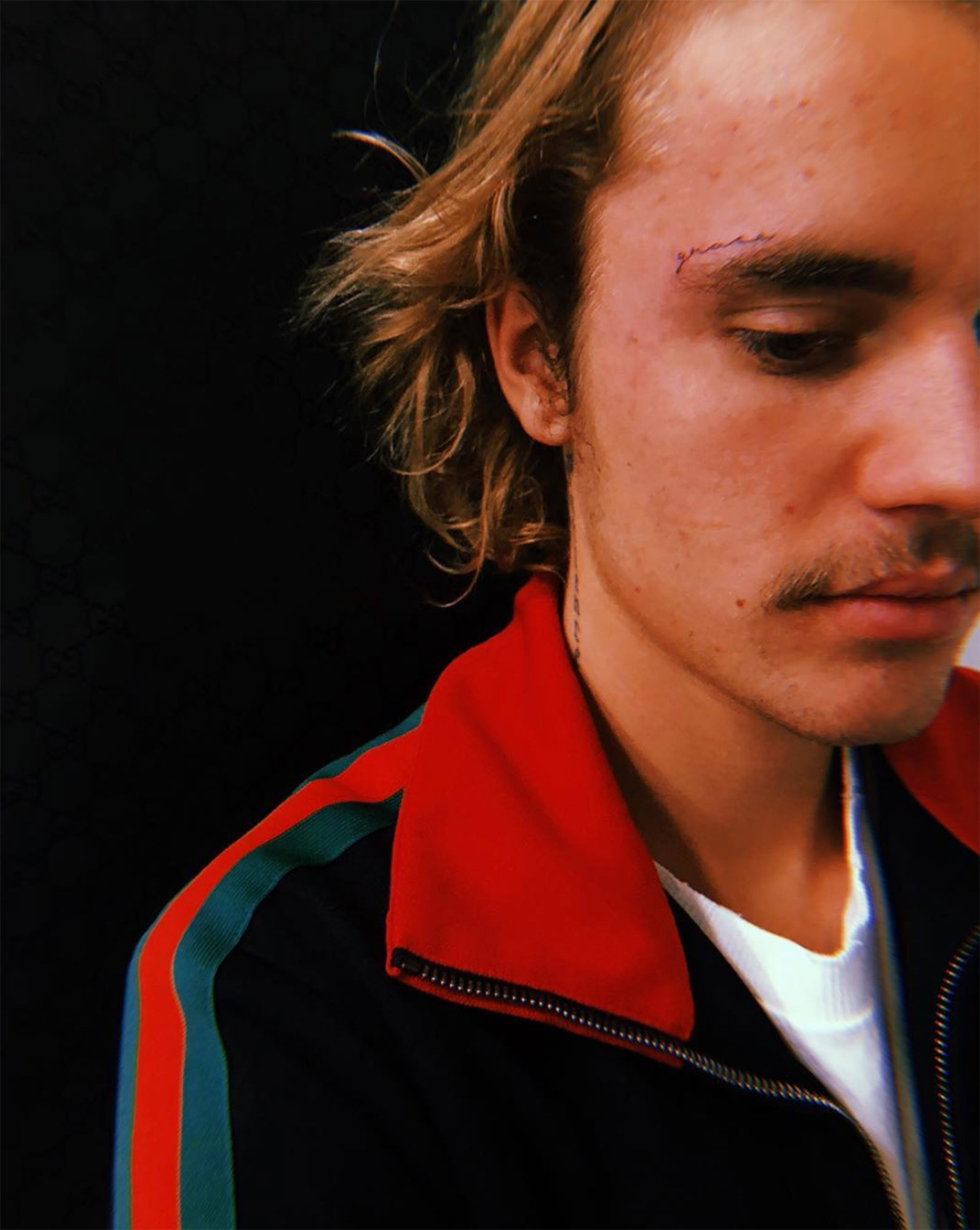 While we confimed that the singer got a face tattoo Opens a New Window. back in November, we only just learned what word he chose! Celeb tattoo artist JonBoy rang in the New Year by sharing the first up-close look at the design on his Instagram feed on December 31, 2018. The “Baby” singer had the word “grace” daintily tattooed in a script font above his left eyebrow during a session in which his wife Hailey Baldwin also got inked (though not on her famous face!) by JonBoy. 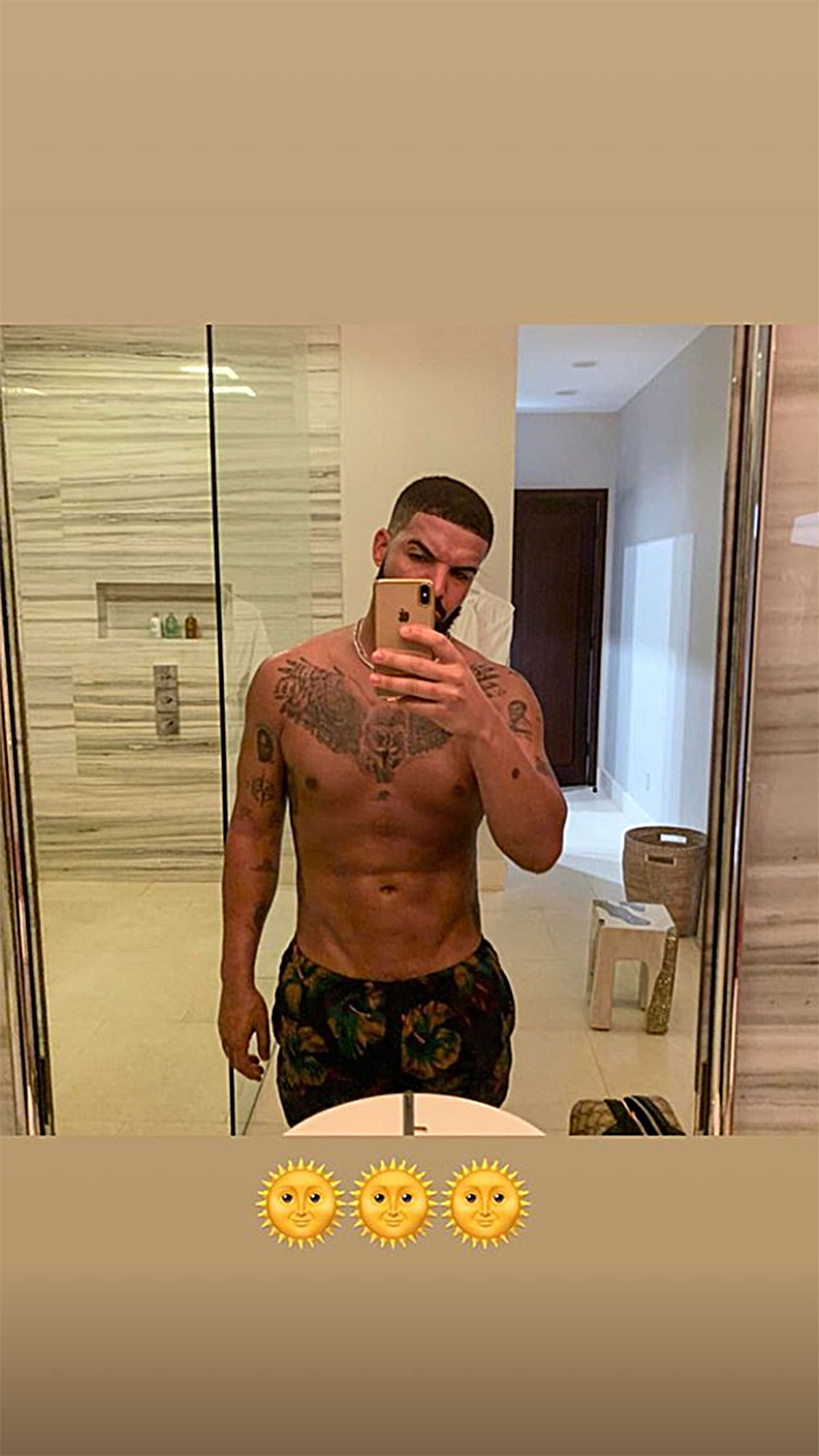 The “In My Feelings” rapper revealed a giant chest piece to his collection of tattoos in December 2018. The tat is of a massive owl, which is the symbol for his company October’s Very Own and record label OVO Sound, catching a mouse. The body art is already quite elaborate, but it’s still not finished. “It’s 12 hours [of] work so far,” a representative for the Degrassi alum’s tattoo artist Inal Bersekov told Refinery29. “[There’s] still [a] few hours to go.” 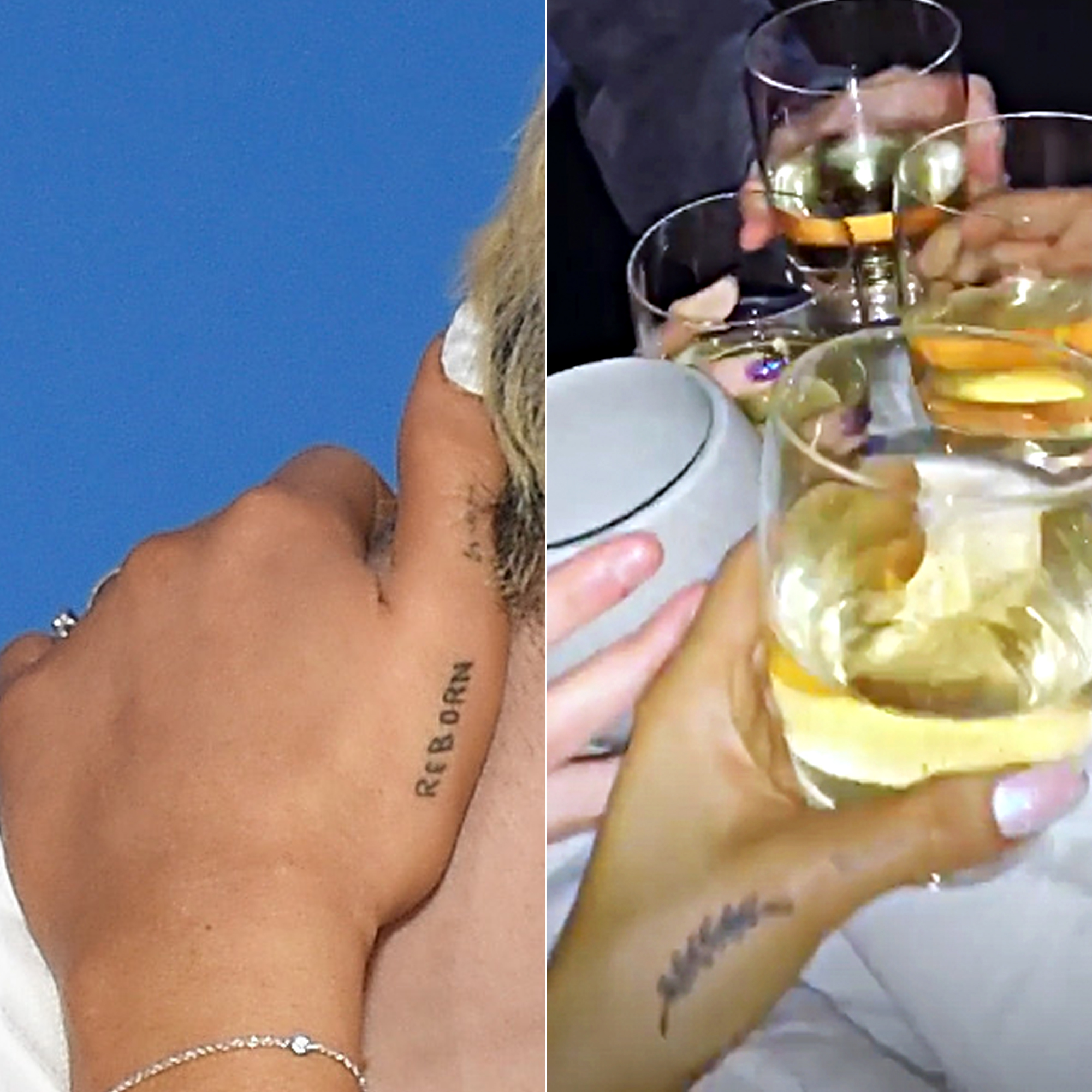 The “God is a Woman” singer posted a pic to her Instagram story on October 30 where the tattoo she got with ex-fiancé, Pete Davidson of the word “Reborn” is visibly covered up by a freshly inked feather. 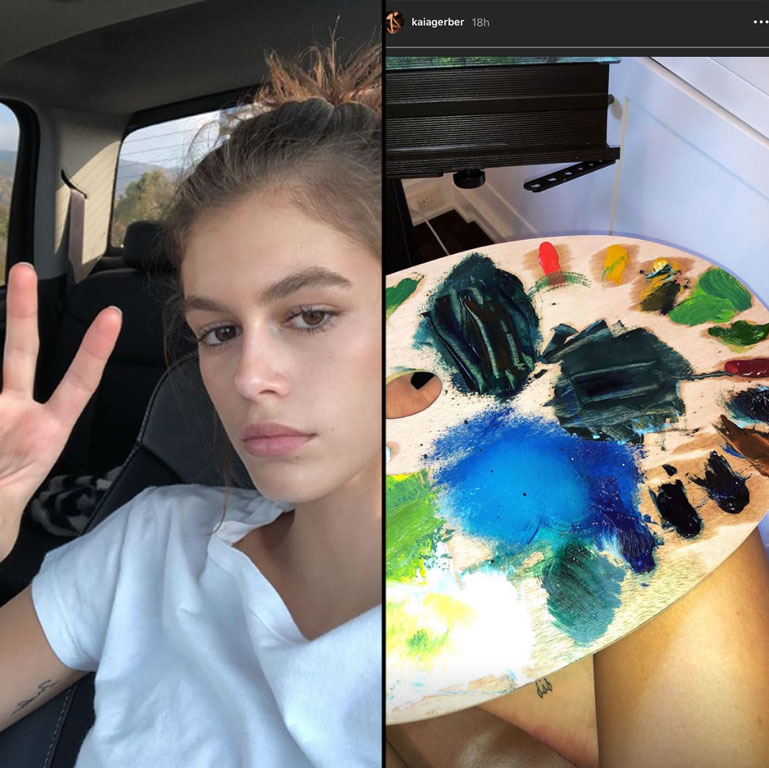 Cindy Crawford’s 17-year-old daughter, Kaia, revealed some new ink this week. The young model showed off her first tattoo which is of her middle name “Jordan,” written in script on her bicep. Her second tat? A small space ship on her thigh.