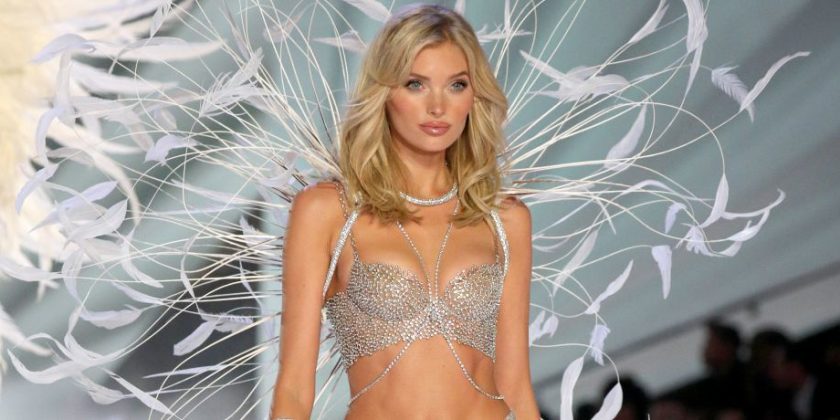 The centerpiece of the annual Victoria’s Secret Fashion Show is the Fantasy Bra, billed as a $1 million piece of lingerie encrusted in diamonds set in sterling silver.

Ahead of the annual showcase of the world’s top models in the world’s skimpiest lingerie, the New York Post tracked down an expert in diamonds and gemology to determine the real value of the bra. Grant Mobley, who makes a living selling diamonds, said that the supposed $1 million value is really just marketing on the part of Victoria’s Secret.

Victoria’s Secret claims that the bra took 930 hours to create and has 71 carats of Swarovski lab-made diamonds. That, Mobley said, is where the difference in value comes in.

“The overvaluation of the bra is very clear because of what we know about the price of synthetic diamonds,” Mobley told the New York Post. “Currently selling for $800 USD per carat, the reported 71 carats included in the bra would only be worth $56,800 USD. When you add the price of the stones to the cost of workmanship and the price of the metal — the total value would still be far below six figures.”

The value in past years, when real gems were used, was likely much closer to the $1 million figure. But for Victoria’s Secret, using synthetic rather than real diamonds has a value in and of itself. The company was able to spin some publicity when it switched from genuine gems to lab-grown and for its partnership with Swarovski.

Whatever it’s actual value, the Fantasy Bra has made countless millions for Victoria’s Secret. The bra has been a major marketing tool for the company for more than 20 years, starting when Claudia Schiffer first wore what was then known as the Million Dollar Miracle Bra in 1996.

Five years later, the bra made its way into the Victoria’s Secret Fashion Show, and the Evening Standard noted that it’s been worn by some of the biggest names in the business.

“Heidi Klum took the first bra to the runway in 2001 and since then the likes of Adriana Lima, Miranda Kerr, Alessandra Ambrosio and Candice Swanepoel have also been bestowed with the honor,” the report noted.