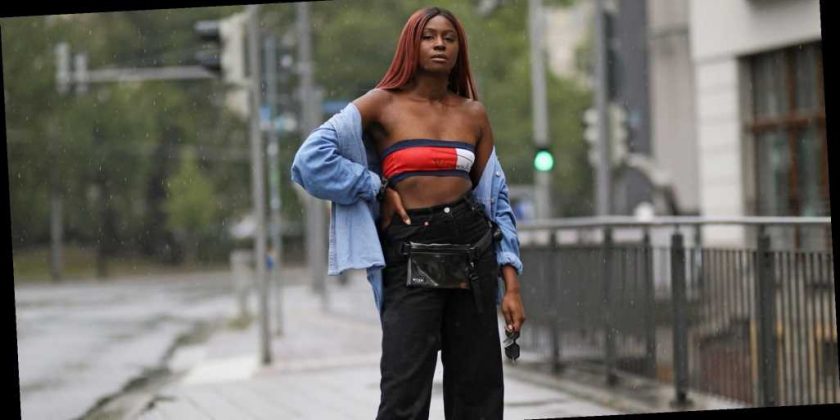 Jeans, jeans, jeans — everybody! That’s the tune that we’re singing as we peruse Black Friday sales. Why? Because they’re chock-full of the best denim deals we’ve seen all year.

NYDJ, the brand behind the jeans Oprah once said made her “look and feel one size smaller,” is currently 40 percent off sitewide with the code YAY at checkout. We think you’ll really like all of the available styles, but specific ones that stand out to us include these tried-and-true straight-leg jeans and this classic bootcut that’ll pair well with heels, sneakers, and boots.

DL1961 is another favorite, and right now, you can find its game-changing sculpting jeans on major sale at Nordstrom, Amazon, and DL1961’s own site. I personally love the Meghan Markle-approved label and plan on picking up a pair while it’s up to 50 percent off (the most affordable I've ever seen!).

Levi’s, the original Hollywood-loved denim brand, has so many of its best-sellers on sale right now, too, like the iconic 501s and these Wedgie High Waist pants, as does Kelly Ripa-approved Jen 7 by 7 For All Mankind. Plus, there are excellent sitewide sales at Frame, 7 For All Mankind, and the size-inclusive label Warp + Weft that are just too good to pass up.

For all the best Black Friday denim sales on the internet, keep scrolling.

There’s only one thing you really need to know about NYDJ jeans: Oprah loves them. That’s reason enough to pick up a pair or two. It’s made with signature Lift Tuck Technology that you have to try to believe. Pro tip: Order one size smaller than your usual for the ultimate slimming effect.

Jen7 by 7 For All Mankind

Jen7 by 7 For All Mankind is the more affordable sister label to 7 For All Mankind. Ripa is a fan (a major plus!), and the styles the brand offers are the perfect mix of trend-forward yet comfortable — just what we need in a great pair of jeans.

If you’re craving classic denim, Levi’s has you covered. You can score major savings (up to 40 percent!!) at Nordstrom and Amazon, but as is often the case with Levi’s, we expect popular styles to sell out in a flash.

Celebs like Meghan Markle, Reese Witherspoon, and Gigi Hadid love DL1961’s sculpting jeans. In addition to offering an incredibly flattering fit, all of DL1961’s denim is oh-so-comfy, as most styles are made with a sustainable, move-with-you stretch fabric.

7 For All Mankind has been a Hollywood favorite for years. It’s perhaps the first name you think of when recalling early aughts denim, and it’s been making a steady comeback on the street-style scene. Sleek silhouettes, modern washes, and damn good fits are guaranteed with 7 For All Mankind jeans. (Oh, and they have a $79 jean flash sale happening right now!)

Warp + Weft makes size-inclusive sustainable denim that rings in at under $100. Kendall Jenner wore one of the brand’s jumpsuits back in March, and since then, styles haven’t stayed in stock for long. And with that extra 40 percent Black Friday promotion happening right now, low stock alerts are already popping up.

If you’ve seen a celeb in a really good denim situation, chances are said denim was probably from Frame. Hadid, Priyanka Chopra Jonas, and Karlie Kloss are just a few of the A-listers who’ve stepped out in the brand’s denim, and while Frame doesn’t come cheap, it’s going for much less than usual right now thanks to this sitewide Black Friday sale.