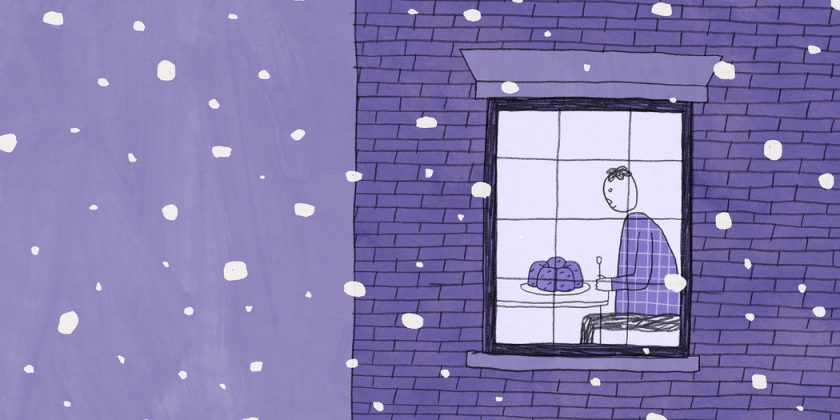 A few years ago my father arranged to send me a mail-order fruitcake at Christmastime. Although I had a good job and owned an apartment in Manhattan, he feared my cupboards and refrigerator might be bare. I had recently moved from California, where my parents still lived in their suburban bungalow of 50 years, the house I grew up in.

He wanted me to have a particular brand of fruitcake. Made in Texas, it was famous among fruitcake lovers — or, at least, among people who gave fruitcakes to those who were assumed to love them.

“It reminds me of my mother’s,” he told me in a phone call. “Hers was really moist, with lots of raisins.”

I later figured out that my grandmother’s version, which I never had the chance to taste, was probably a Depression cake, made without milk, sugar, butter or eggs, scarce commodities when he was a child.

Born in 1932, he grew up during the Great Depression in the Upper Peninsula of Michigan. On most Christmases, he received two gifts: a pair of homemade socks and a small sack of oranges.

“My mother knitted the socks,” he said. “And those oranges tasted so good.”

Ordering the fruitcake was his way of trying to take care of me from afar, in an era that, in his mind, may at any moment turn economically perilous. Regardless of my middle-aged status, I was still his son.

“It should arrive the first week of December,” he said. “As soon as you get it, let me know what you think.”

I would be going to California for Christmas, as I do every year, and I was looking forward to his gift and to sampling the flavors that transported him to his childhood.

The first week of December passed with no sign of his fruitcake. Delayed by holiday mail, I assumed, or a backlog of orders.

I knew there would be plenty to eat in California. In addition to my mother’s cookies, fudge and other treats, my father always gave my sister and me each a large bag of assorted foods he called, rather plainly, the “Food Bag.” He produced these from some secret spot only after all the other presents had been opened.

One year I listed the contents of my Food Bag in a notebook. I wanted to remember the details to tell my friends, and I suppose as a record for myself, for the day when I might not get a Food Bag for Christmas.

That year my bag contained a can of deluxe mixed nuts, a box of whole-wheat crackers, a Belgian chocolate bar, a stick of hickory-cured turkey sausage, a half-pound sack of California red pistachios, some English breakfast tea and many other items, including an “Oh Deer Super Dooper Reindeer Pooper Jellybean Dispenser” filled with jelly beans.

His selections had no coherent theme, though the bags did have an uncanny but undeniable kinship with fruitcakes, featuring a little of this and that thrown together with intriguing results.

The bags were so overstuffed that I often had to put most of the food in a box and mail it home. One year I assembled a few of the healthier items — sardines, rye crisps, dried apricots — and on the way to the airport made a special delivery of my own to the donation center of a local church.

Fruitcake is a polarizing concept, a triggering word. People love it or hate it and like to debate whether it’s cake at all. In some ways, my father’s character resembled a fruitcake: whimsy and a little nuttiness mixed with a sweet foundation. When we were children and went to the local shopping mall, he liked to spritz on women’s perfume — all of them.

This was before men’s cologne counters were common. Once they were, he would transform himself into pansexual bouquet of exotic fragrances. On our drives home, my mother would say, “You stink! What did you put on this time?”

While working as a meat cutter in grocery stores, he was called Crazy Charlie by his co-workers and was known for workplace pranks, like pretending to lock someone in the walk-in meat freezer. But he also gave out instructions to customers who didn’t know how to roast lamb or make stuffing. When he came home from late shifts, he left candy bars under our pillow, thinking we might wake up wanting a snack.

My father believed everyone was always hungry and needed to eat even if they weren’t. When we visited him in the hospital during a three-month stay — he was battling a vicious infection after heart surgery — he would ask if we had eaten and never fail to remind us the cafeteria would be closing soon.

A fruitcake, in his mind, was a perfect Christmas gift. The culinary jumble of jeweled fruits suggested an extravagance that belied its practicality: Fruitcake can fill your belly and has a long shelf life. In 2017, a fruitcake thought to have been brought on Robert Scott’s Antarctica expedition more than 100 years ago was discovered to be in “excellent condition.”

On the day before my flight, the fruitcake still had not arrived. When my father called to wish me a safe trip, he said, “Did you receive it?”

“Not yet,” I said. “It’s probably delayed in the holiday mail.”

“Maybe it’ll be there today.” He fretted deeply about that lost fruitcake.

When I arrived at my parents’ house, he said, “Did you get the fruitcake?”

As soon as the word left my lips, I realized that “home,” for them, was also a kind of triggering word. Because wasn’t this home? Wasn’t I home now, with my parents greeting me, asking if I was hungry after the long flight? Wasn’t New York only a stimulating adventure with an unscheduled end date?

In my parents’ living room, a Christmas tree stood above piles of presents in glittery paper, and in the spare bedroom, my father, I knew, had hidden our Food Bags, concealed under large towels.

He remained hopeful the fruitcake would come by New Year’s Eve, when I’d be back in Midtown Manhattan, humanity roaring from Times Square.

January, February and March came and went with no fruitcake. Though my father continued to ask about it, I never once considered lying and telling him yes, the fruitcake finally arrived and was delicious. Instead I said, “That cake is orbiting earth, and sooner or later it will land.”

His sense of humor never wavered, and as time went on he would bring up the perpetual journey of his fruitcake.

“It’s taken a detour to Pluto.”

He liked that one, too.

“Do you want me to order another, in case it never comes?”

Early last December, nearly a year after my father died from a failing heart, I got a call from a staffer at the front desk of my apartment building.

“You have a package,” he said.

I went downstairs to pick it up. The brown box had a FedEx label with a return address in Texas. 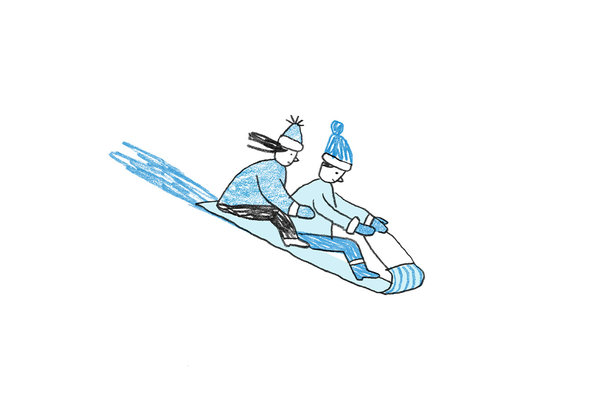 Riding the elevator back upstairs, I held the box with both hands. Though small, it was heavy and solid, as if its contents were indestructible. I shook the package but nothing moved. In my kitchen, I opened the box with a bread knife, and there it was: a decorative tin holding the fruitcake my father had wanted me to taste several years earlier.

I lifted the tin cover and punctured the airtight plastic seal. The fruitcake before me was crowned with candied cherries, caramelized pecans and chunks of pineapple that had been dyed emerald green. I sliced into it, placing a big wedge on a plate. I made a cup of tea, as my father and his mother might have done.

I sat down and ate the slice slowly, the only way one can eat fruitcake, really. It was as moist as my father had promised, and not too sweet.

After finishing every speck, I wondered about the fruitcake my father had ordered so long ago. Was it still lapping the heavens? Had it hitched a ride on the rings of Saturn?

Wherever it was, who on earth had sent me this one?

I had ordered it for myself, of course. After my father’s death, I found myself grasping for every memory of him, every cologne-scented hint of his being. The confection of known and mysterious morsels embodied his desire for me to enjoy a simple and not-so-simple piece of cake — and to never go hungry.

David Rompf is a writer in New York City.

Modern Love can be reached at [email protected]