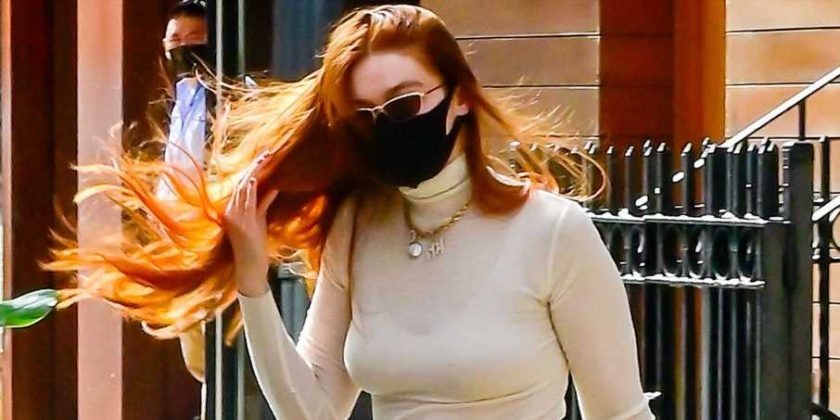 Last year, I had my entire apartment repainted, and the thing that stuck with me the most was what the painter said after he was done: "I've never in my life seen an apartment with this many shoes." Maybe that statement, paired with the fact that my apartment is only 600 square feet, should have made me reconsider my shopping habits, but instead I bought another pair the day after he left. I mean, he didn't necessarily say it was a bad thing.

So yes, there are even more shoes in my apartment now, but how am I supposed to stop when celebrities and supermodels like Katie Holmes and Gigi Hadid keep wearing shoes from brands that are actually affordable? Vagaband, for instance, is basically an open secret amongst celebrities, and the brand offers more than a handful of trendy shoes that are generally around the $100 mark. The most expensive shoe Vagabond makes is a knee high boot for $265, which is still a steal for a boot that gorgeous.

My obsession started when I decided to buy a pair of Vagabond's best-selling Cosmo 2.0 Penny Loafers. They reminded me of the platform Gucci ones I can't afford, and they had Katie Holmes's stamp of approval. I've worn them non-stop since then, have already confessed my love for them to the internet, and am fully bracing for the fact that, come fall, I'll be wearing them multiple times a week. When I started planning an international trip for the first time in two years, I deemed all the sandals I already owned unworthy of this momentous occasion. I needed a new pair to celebrate, but I didn't have a huge budget to buy a summer shoe right before fall. I remembered Bella Hadid's iconic bikini photo from her vacation, and the controversial thong sandals she wore. These ones from Vagabond cost just $120, so I added them to my cart and jetted off to Italy. I wore them every other day, and they are now my official summer vacation sandals — I truly don't know how I've ever traveled without them. After returning home, I started to think about upgrading my fall wardrobe — and how Vagabond made a pair of chelsea boots so gorgeous, I've definitely worn them in my dreams. You probably see where this is going, but who doesn't need a new pair of boots come the end of summer? The best part is, Nordstrom is currently having a sale on some Vagabond shoes, with prices starting at $40, so now is also the perfect time to stock up.

And while only select shoes are on sale, they're all more affordable when compared to the designer alternative. So go ahead, add a few more pairs to your cart. It's what the man who painted my apartment would have wanted, right?

Shop the best Vagabond shoes on sale at Nordstrom, below.