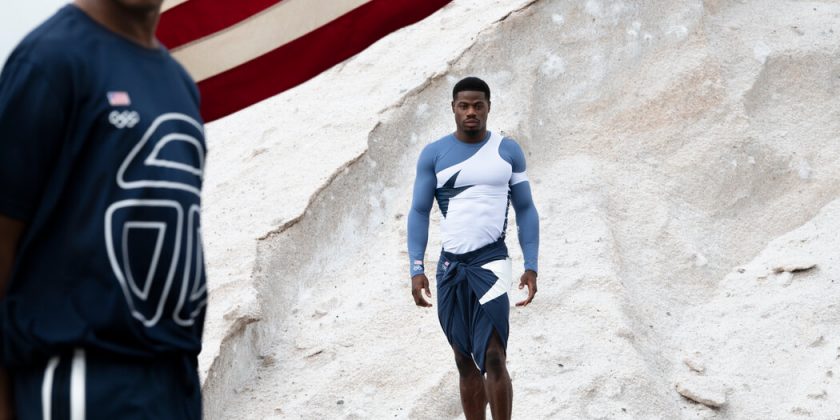 The road to the July Olympics has been fraught, to say the least. Citizens of the host country, Japan, don’t want the event to take place. The stadium seats will be largely empty — at least of visiting fans. And people are still confused by the date (2020, instead of 2021). For one team, nevertheless, the Olympics are turning into something of a fairy tale.

For the first time in more than two decades a fairy godfather (OK, sponsor) has appeared to wave his wand over the Liberian Olympic delegation — all five track and field competitors, including Joseph Fahnbulleh, the N.C.A.A. champion in the 200-meter dash, and Emmanuel Matadi, currently ranked 23rd in the world in the 200 and 25th in the 100, plus officials and support staff. And it is not the usual Nike or Adidas or other sportswear machine.

The Liberian-American designer and disrupter of the fashion system, whose so-called Bushwick Birkin and direct-to-consumer business model made him a pandemic success story, will be bringing his signature genetically spliced unisex designs — the one-shouldered tank, the track pants/shorts — not just to the opening and closing ceremonies, but also to the Olympic Village, the competition — and merch. 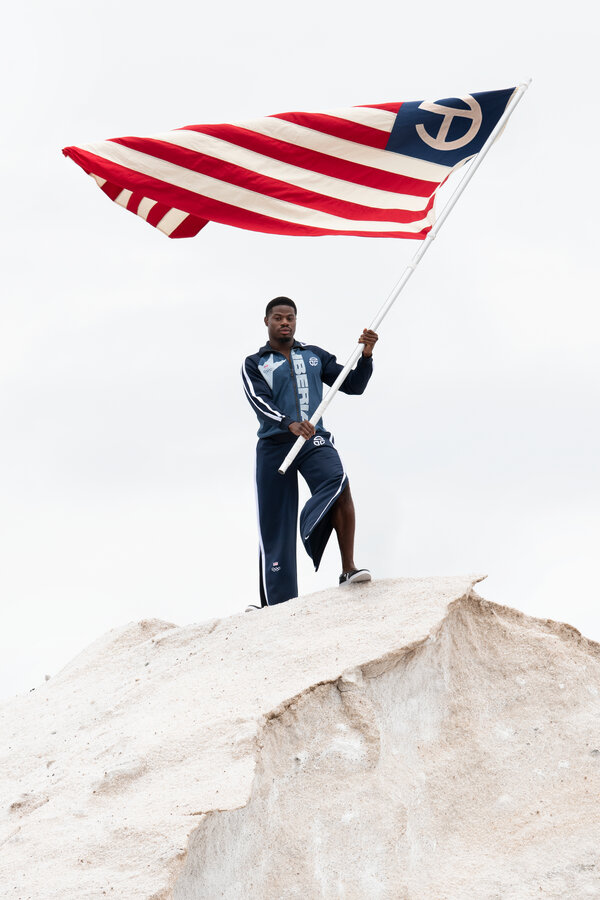 The result may be the most out-of-the-box Olympic outfitting since Issey Miyake dressed Team Lithuania in 1992. And Mr. Clemens has a plan to take the whole Olympics moment to a different, broadly consumer, level.

Mr. Matadi said he had had the idea to enlist Mr. Clemens to make the Liberia uniforms after listening to his girlfriend, who followed the Telfar Instagram account, talk about the bags.

“I didn’t even know if he made clothes,” said Mr. Matadi, who has been running for Liberia since 2016. He did know, however, that Mr. Clemens was Liberian. (His immediate family emigrated to the United States in 1990 during the civil war, when he was 5.)

Mr. Matadi mentioned the idea to Kouty Mawenh, Liberia’s Olympic attaché and a former Olympic competitor, who saw the relationship as an opportunity to merge Liberian talent to the advantage of both.

“He’s an elite athlete in his space, just like we are,” Mr. Mawenh said of Mr. Clemens, who has won the National Design Award from the Cooper Hewitt and the Accessories Designer of the Year Award from the Council of Fashion Designers of America.

Mr. Clemens said he was on board almost immediately, even though the sponsorship (which includes travel and food) is the biggest outside investment his company has made. Though he had never designed performance gear, he and Babak Radboy, his artistic director and business partner, had been contemplating a line of athletic clothing for a while, and the Olympic project was the perfect opportunity to start.

They made about 70 pieces in about four months, from leggings and unitards to sweats, duffel bags and even racing spikes. Think compression tops patterned à la one-shouldered tanks and sweatpants chopped up and wrapped into lappa-like long shorts. And the star of the Liberian flag strategically placed throughout, though slightly atilt, as though being blown sideways in a sprinter’s wake. The athletes are testing the gear now, and it is being tweaked to performance specifications.

“They might have been surprised by some of it,” Mr. Clemens said. “But I haven’t heard a no. Just excitement.”

As far as Mr. Clemens is concerned, he is treating the Olympics as his first live runway show since the Pitti Uomo men’s wear trade show in January 2020. But unlike regular fashion shows, the Olympics are “a show everyone gets to see,” he said. Someone at home in Liberia could still get a front row.

The full collection will make its debut during the Games, and a limited collection of athletic pieces inspired by the Olympics will be available on Mr. Clemens’s platforms (dropped, like the bags, via Instagram), while a larger line encompassing workout wear and sports-inspired gear will be shown in September and will become part of the Telfar core offering.

“It will be an evergreen collection,” Mr. Clemens said. “These are clothes we want to sell for the rest of our lives.”

In Tokyo those clothes will be marching next to the Ralph Lauren all-white-with-preppy-detailing uniforms for Team U.S.A., the Ben Sherman 1960s collegians for Britain and the Hudson’s Bay street wear looks for Team Canada, which include a fairly typical warm-up set as well as the “Canadian tux” (a denim jacket with faux spray-paint graffiti patches on the back and Sharpie scribbles up the arm). Not to mention the Giorgio Armani black tracksuits with the red, green and white of the Italian flag encased in the outline of a rising sun for Italy.

Yet the Liberian athletes are not concerned about getting lost in the throng. Their looks “are going to be talked about, I’m sure,” Mr. Matadi said, trying on his outfits and doing a little dance. He was getting ready to go to the ball.