A TEEN says she was mortified after being kicked out of a restaurant "over her 'inappropriate' graduation outfit".

Sanai Butler, 17, was wearing a bikini top with matching leggings, along with her graduation stole and mortarboard cap, when she went out for dinner to celebrate finishing school. 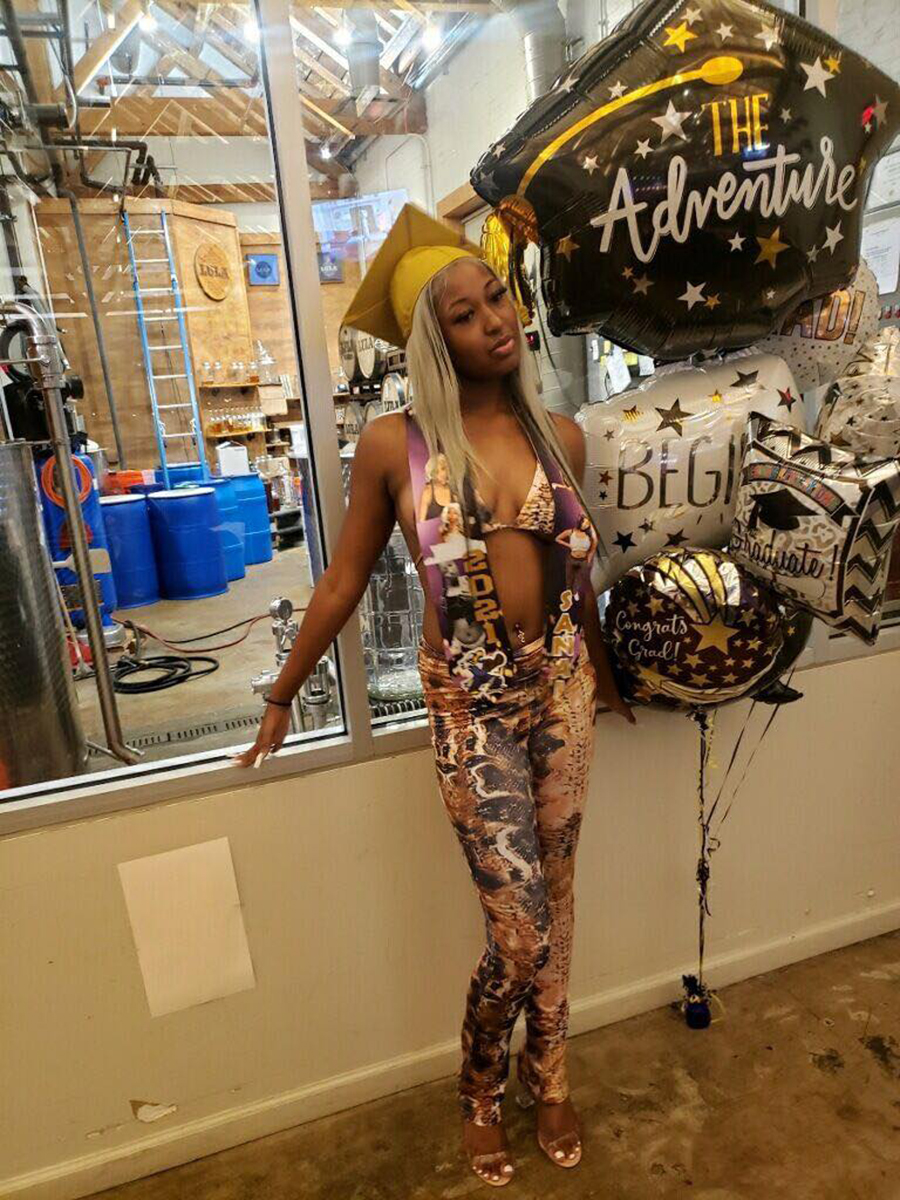 The girl, from New Orleans, US, claims she was approached by the restaurant owner’s wife and told her bikini was “very inappropriate" when she went to the toilet on Tuesday evening.

Her family also claim she was told to put on another shirt. Sanai's mum told NOLA.com the incident left her "visibly upset".

In a statement issued Wednesday, the restaurant – Lula Restaurant Distillery – denied the claims and said no-one was forced to leave because of their outfit.

“The police were called after three disruptive, adult patrons engaged with another table of patrons, and one of the female owners of Lula,” the statement from the restaurant read.

“No person or group was escorted off of the property. There were no physical altercations.” 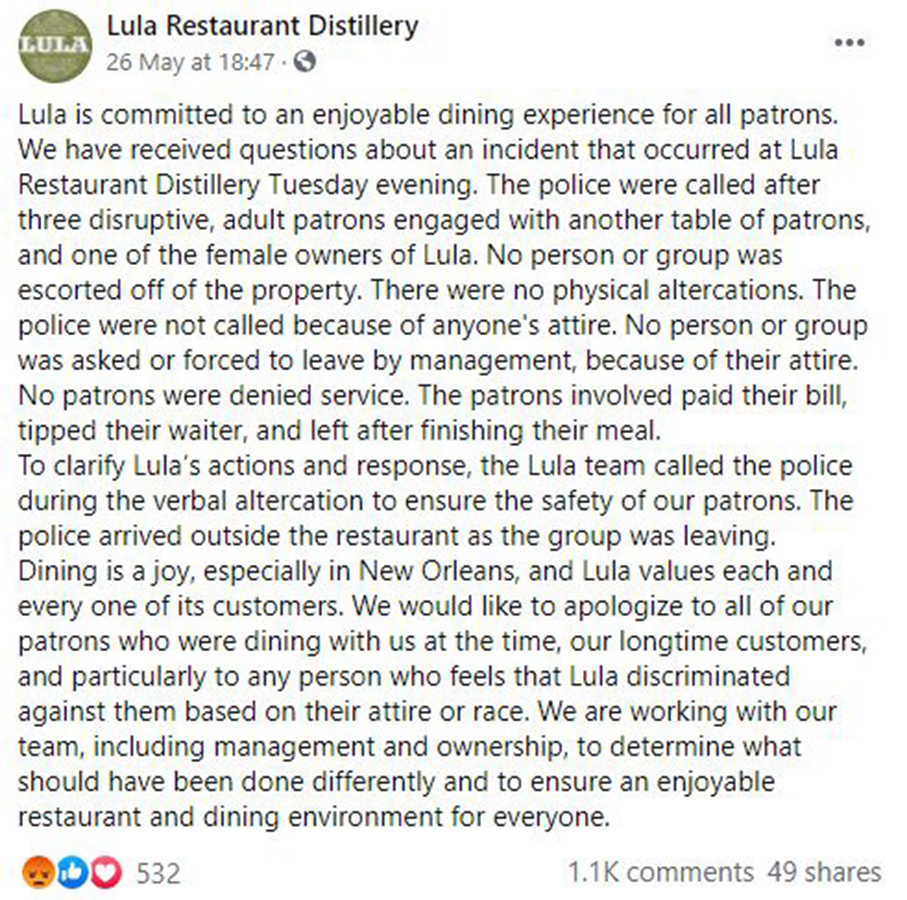 But the family insist it was because of her outfit – and hit back at the owner's wife.

“You were here when we walked in. If there was anything wrong with what she had on, you should have said something at that time,” Sanai’s mom told WDSU.

Another customer claimed the owners imposed “big racist energy” when they called the police and described Sanai as "a beautiful, young Black girl". 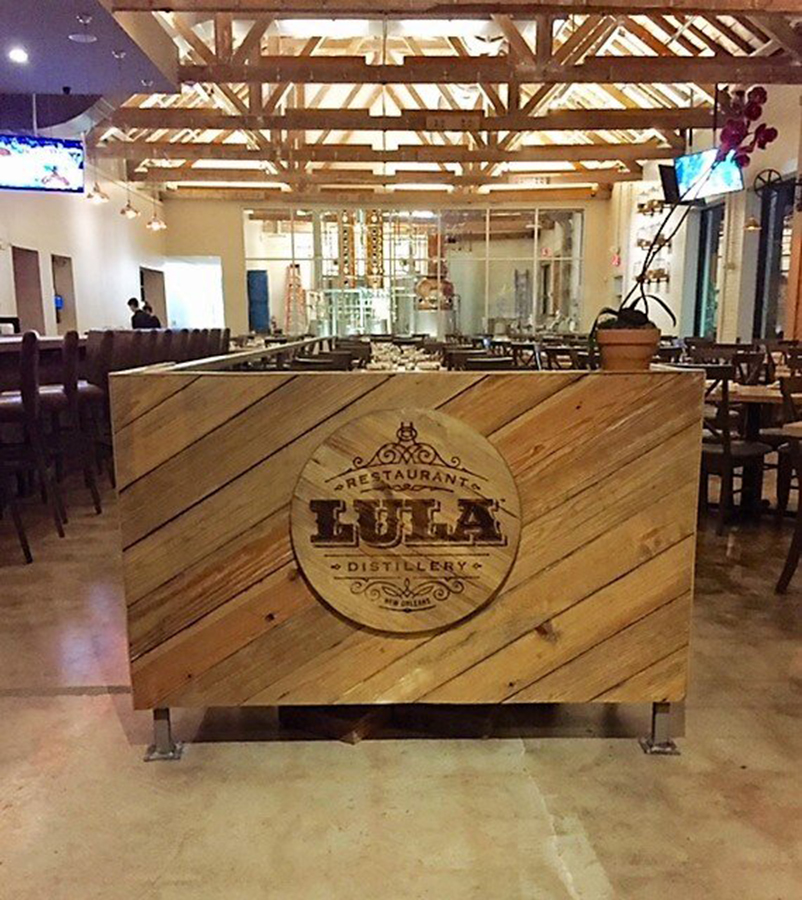 She added: "The owner of Lula called the cops on a teenager because she felt she wasn’t dressed appropriately.

"Now they had been in the restaurant for at least two hours before this happened. What was the issue?!?!?”

Sanai told NOLA.com that it was “a horrible and sad experience.”

But the restaurant insisted they called the police “to ensure the safety of our patrons.”

“We would like to apologise to all of our patrons who were dining with us at the time, our longtime customers, and particularly to any person who feels that Lula discriminated against them based on their attire or race,” staff said in a statement.

“We are working with our team, including management and ownership, to determine what should have been done differently and to ensure an enjoyable restaurant and dining environment for everyone.”