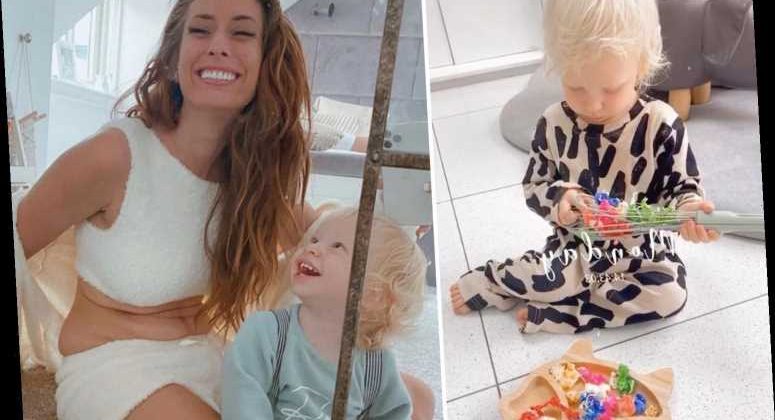 STACEY Solomon has shared the cheap and effective way she keeps her son Rex occupied for ages saying it's "changed my life".

The mum-of-three, 30, shared the clever hack on her Instagram and all it takes is a whisk and some colourful paper. 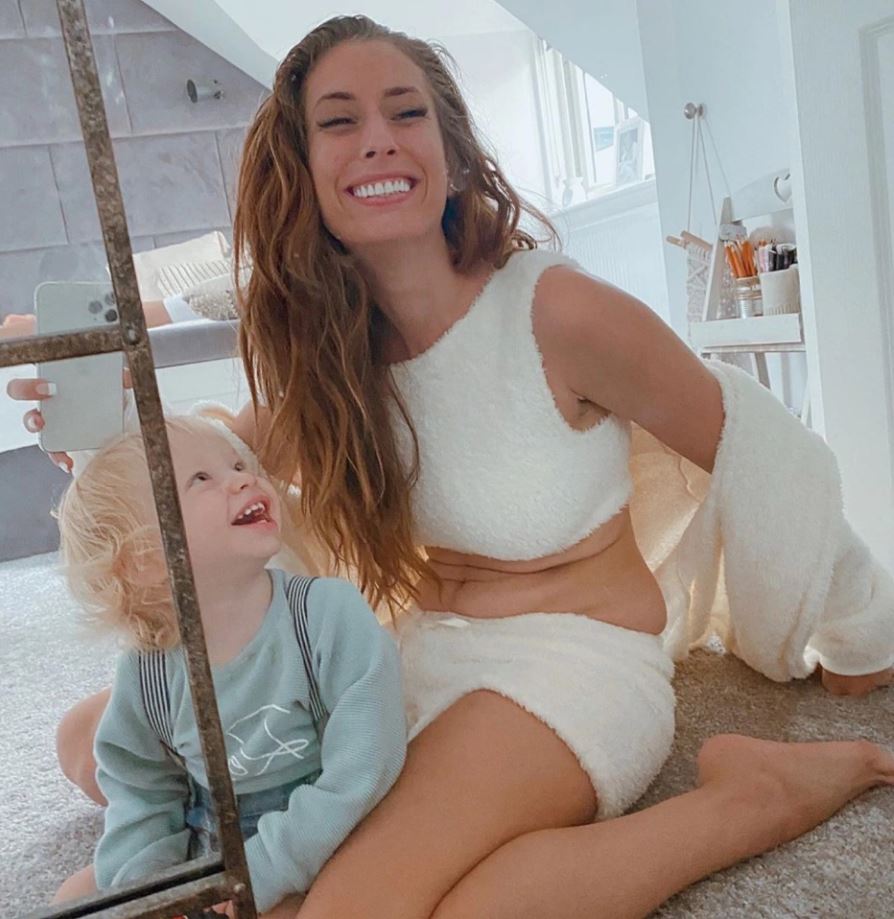 Sharing with her 3.7 million followers, Stacey showed Rex, one, playing with a whisk which had been stuffed with scrunched up pieces of paper.

One by one the young tot was pulling them out, keeping him occupied for a long time.

She wrote: "I scrunched up some tissue paper and put it in a whisk and it's changed my life. He's been sitting here for AGES pulling them out and putting them in his bowl."

Half an hour later Stacey revealed that Rex, who she shares with her partner Joe Swash, was "still going" but had found a better way to get the paper out – by aggressively shaking the whisk. 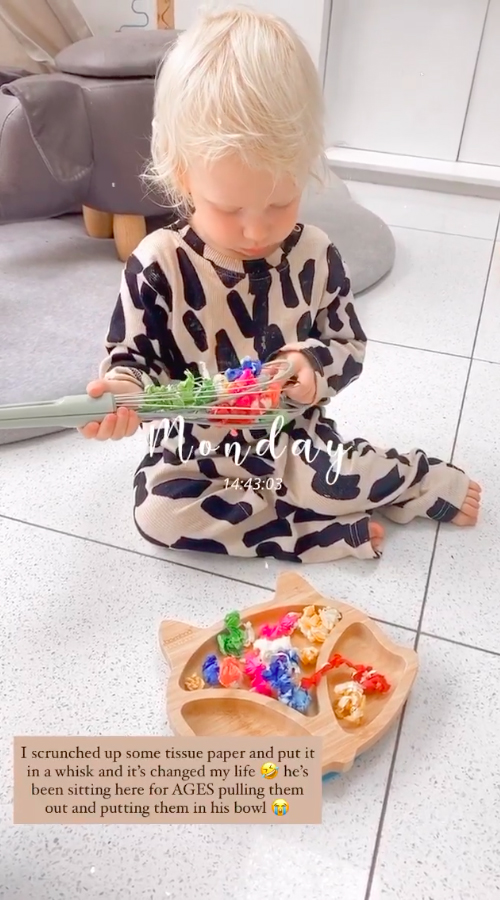 The TV star said once he's taken all the paper out she just shoves it in again so he can continue having fun with it – and it's genius, really.

As well as Rex, Stacey has two other sons – Zachary, 12, and Leighton, eight, from past relationships.

Last week, the doting mum, like other parents across the nation, watched as her oldest two went back to school.

She shared an emotional look back at the 'special' time she spent with her three children during lockdown, admitting it's been a "crazy six months."

Stacey  recently stunned in a purple £17 bargain jumpsuit as she films for Loose Women.

Plus she recently showed off her incredible packing technique for a family of five using drawer dividers.

And the cleaning queen also showed how she cleans her "gross" make-up brushes – without using soap.