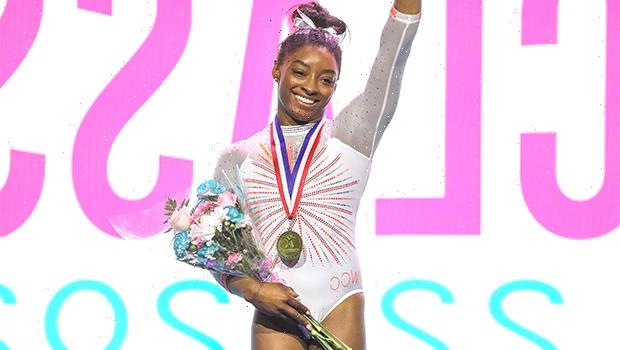 Simone Biles may be in the midst of intense training for the Olympics, but she still found some time to enjoy the sunshine in a bikini on June 13.

Despite being in serious training for the Summer Olympics, Simone Biles looked relaxed and carefree in her latest Instagram photo. The gymnast wore a bright pink bikini, featuring low-rise bottoms and a sporty top. She went makeup-free and smiled big for the camera. “Summer attire,” she captioned the image, referencing her summertime look. She wore her hair down and straight, and it was held back by sunglasses atop her head, too.

Simone’s boyfriend, Jonathan Owens, popped into the comments section to make sure he let her know how good she looked. “Summa time fine,” he wrote, along with a fire emoji. Jonathan has been extremely supportive of Simone as she gears up for the upcoming Olympics. After she won her 7th All-Around US  National Championship earlier this month, he took to Instagram to gush over how proud he was.

“What an amazing experience,” he wrote. “First time getting to watch you compete in person and you didn’t disappoint. It’s so cool to watch you do what you love and be the best at that! I’m so proud of my lil champ. Trials up next and you already know I’m there. Love you baby.” The Olympic trials for gymnastics are on June 24, but there’s pretty much no question that Simone will make the official Olympic team.

Simone was on the US Olympic team in 2016, and she had quite a showing in Rio. She won individual gold medals in the all-around, floor and vault categories, and also took home bronze in balance beam. Team U.S. also took home the gold, giving her another medal for her collection.

This time around, though, she’ll have her man cheering her on! Simone and Jonathan have been together since summer 2020, so they’ll be coming up on a year of dating around the time of the Olympics in July. Before that, she was in a nearly three-year relationship with fellow gymnast, Stacey Ervin Jr., who she dated from 2017 until 2020.