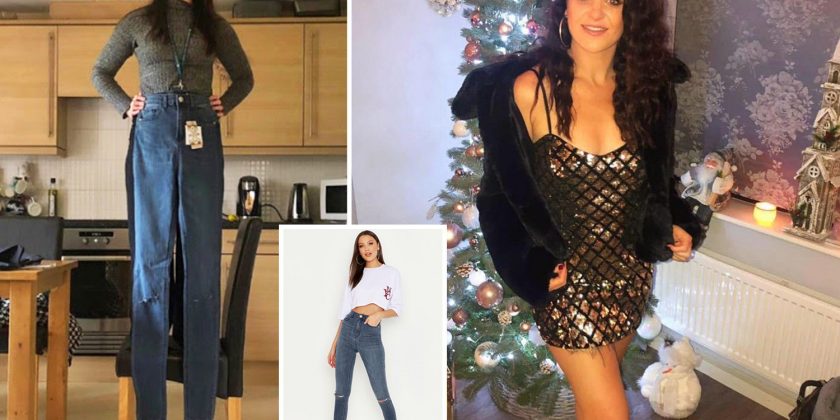 Natalie Norton – who is an average height for a British woman at 5ft. 4 – couldn't believe how long the skinnies, that would have fitted someone with 5ft long legs, were. 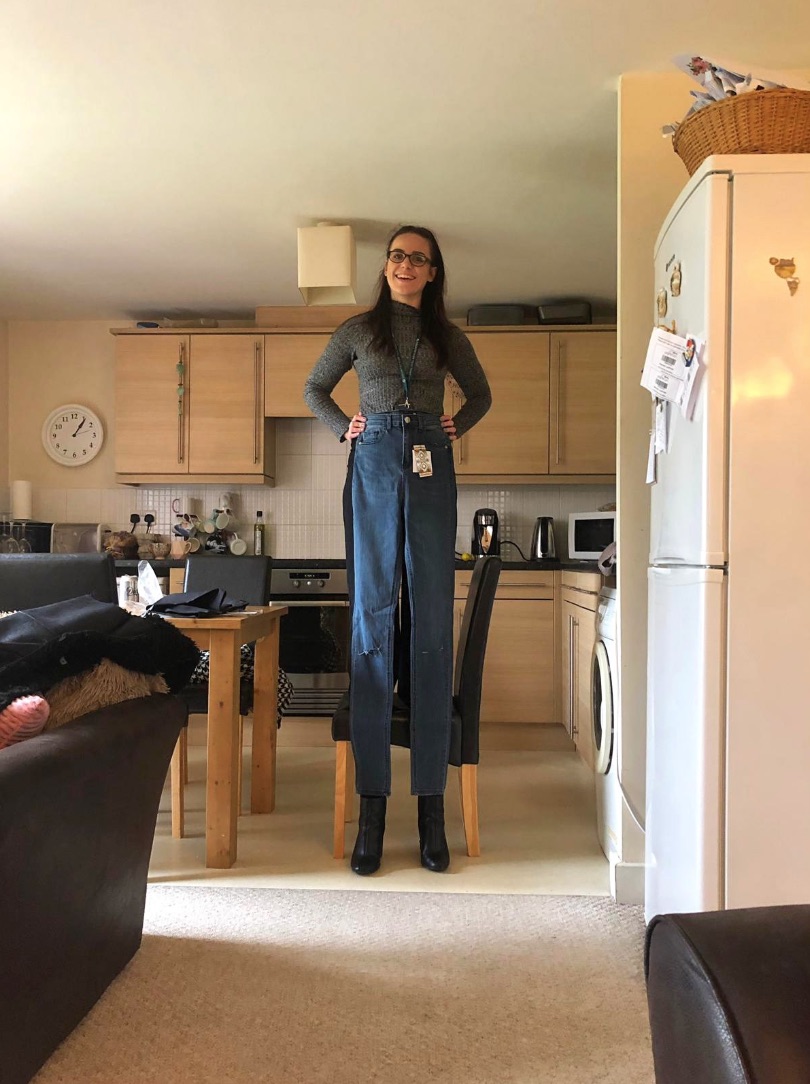 The 26-year-old, from Warrington in Cheshire, decided to stand on a chair to demonstrate the length of the Tall Vintage Wash Rip Knee Jeans, which are currently in the sale for £18.75 on the fashion retailer's site.

However, even then, the hem of the denim – which she had bought from the brand's Tall section, designed for women over 5ft.7 – almost touched the floor.

Taken aback by the bizarre sizing, she posted on Twitter: "Anyone got 5ft long legs and need some jeans? @boohoo”

The fashion fan, who would usually wear a 30-inch leg, revealed she ordered from Boohoo all the time but has never had this particular issue. 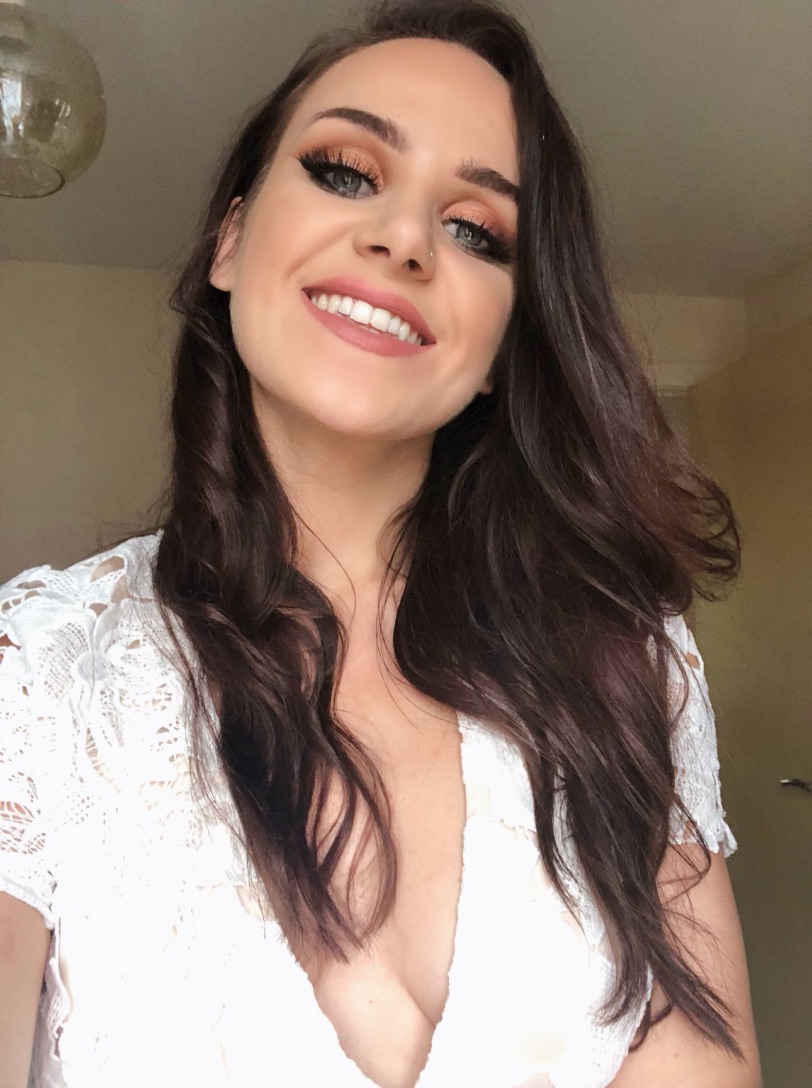 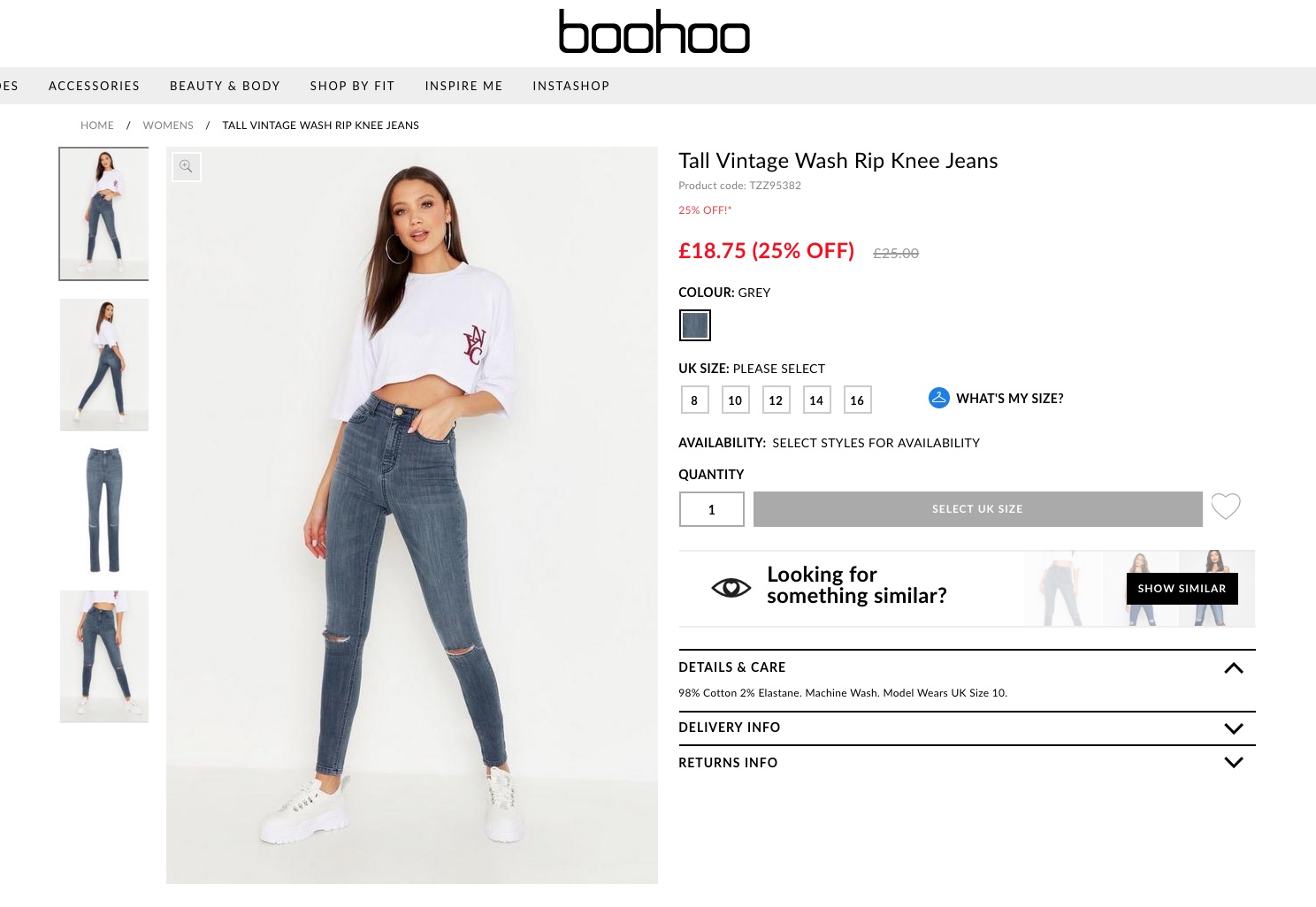 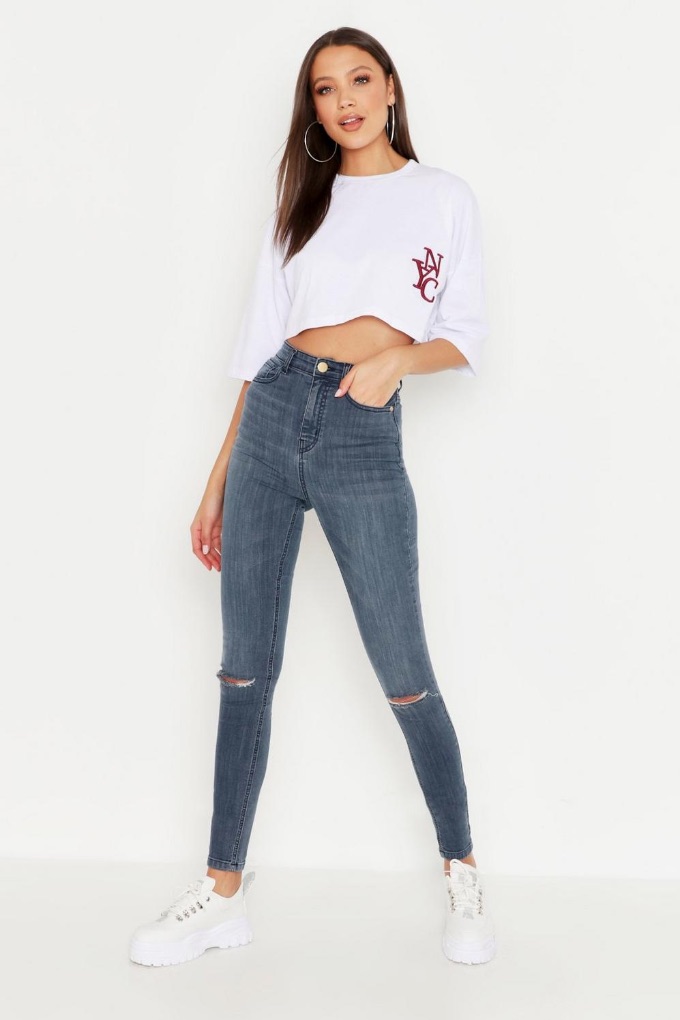 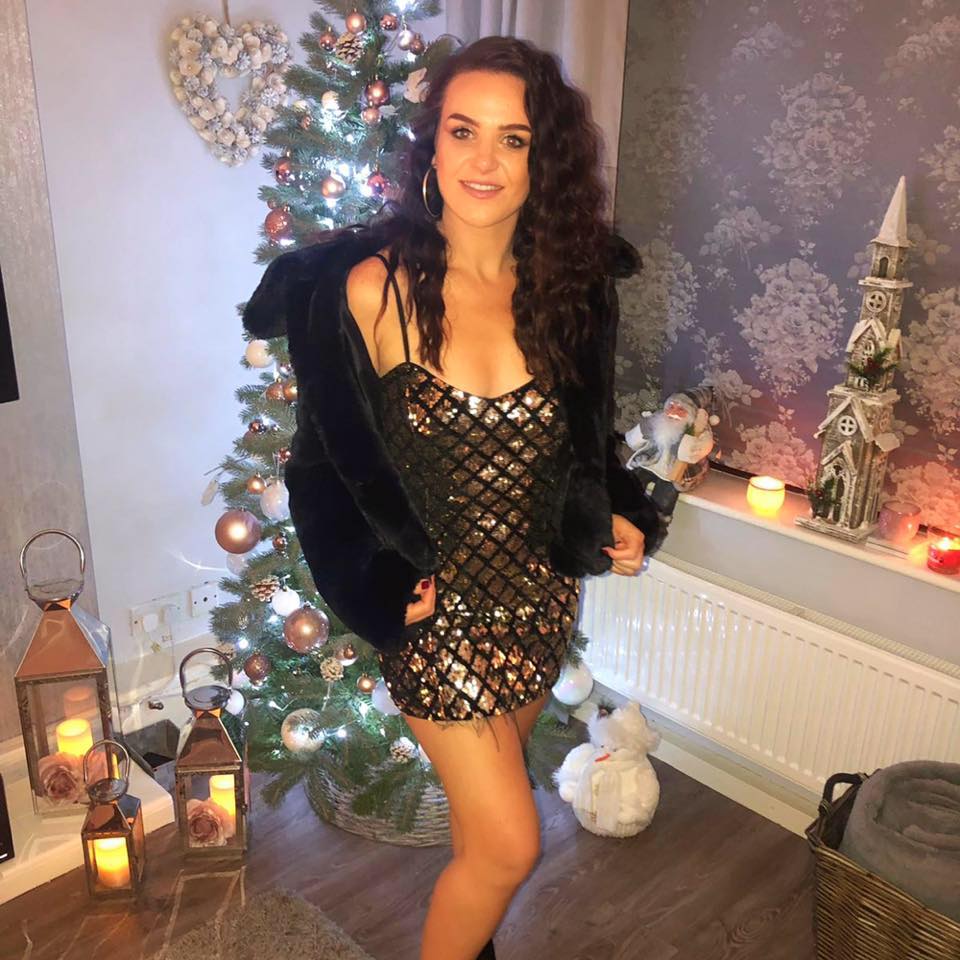 Natalie worked out that there was no way anyone could be tall enough to fit into the jeans – unless they were a similar height to footballer Peter Crouch, who is 6ft 7ins, and had 5ft legs.

She said: “They were the longest jeans I have ever seen, your legs would need to be at least 5ft long just to wear them.

Her friend Hannah Lawson, 23, added: "We order from Boohoo all the time but those jeans are just hilarious.

“Natalie is 5ft 4ins and they are just so big." 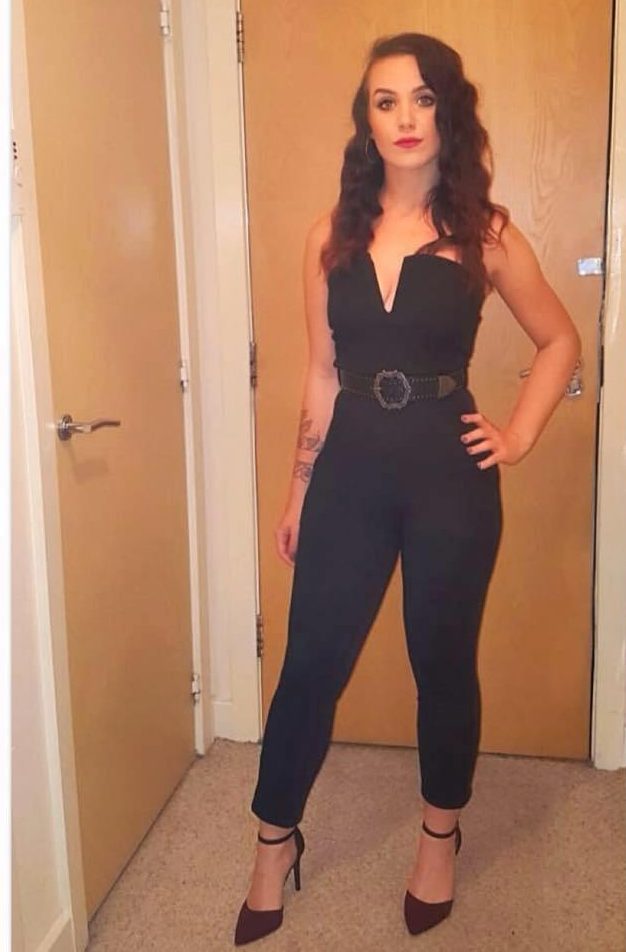 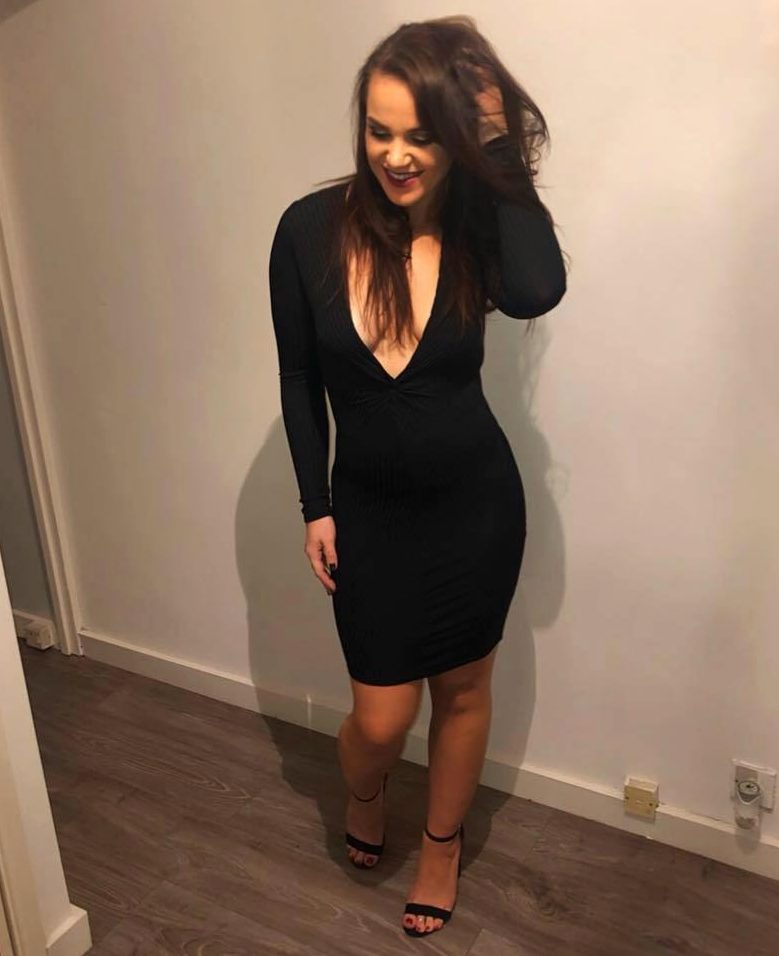 Hannah revealed that her stylish pal decided to alter them rather than send them back.

She explained: She didn’t send them back in the end, she just ended up cutting the legs off and putting a few slits in them and they look really nice now.” 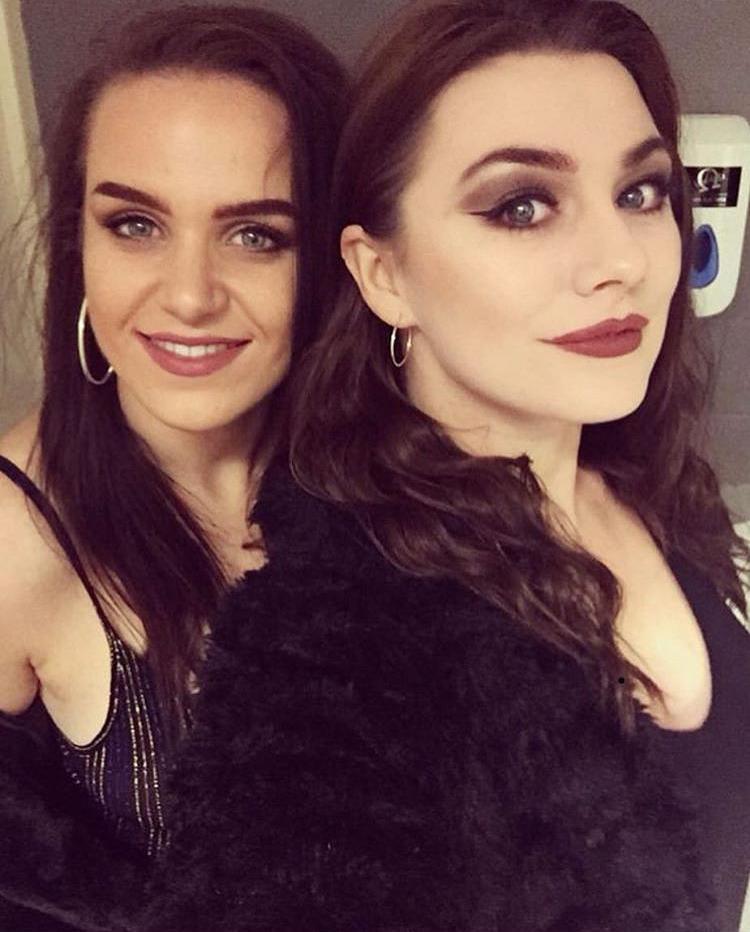 We recently told you how a mum bought a pair of size 14 trousers that "barely fit around" her thigh.

Last month, we revealed the cringiest fashion fails ever – from a "turd" T-Shirt to dodgy "period" leggings.

And a mum couldn't stop laughing when she tried on a new Boohoo playsuit and found it a little more revealing than she would have hoped.

Mum-of-three Karen Godfrey, 46, filmed the clip in her living room in Lincolnshire last week after trying on her online purchase.