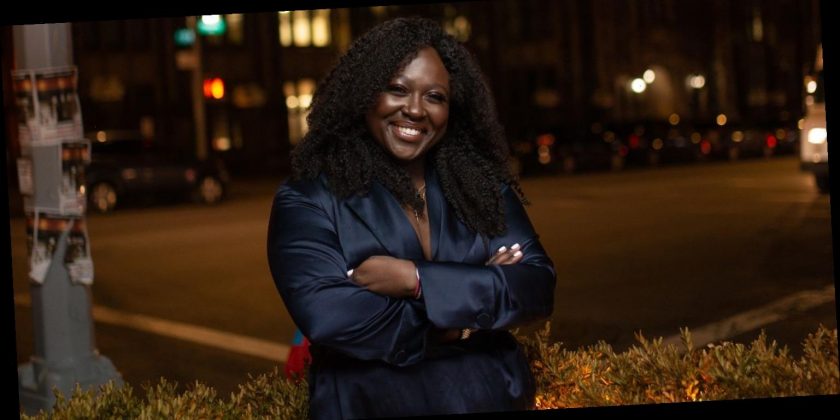 I never got the jobs that I thought were meant for me.

While many of my peers started at larger fashion agencies, I had to pivot after not initially landing a position at a high-profile public relations company—even though I dedicated my college years to countless internships.

My first in-house experience was at Haddad Brands, where I worked under Fran Boller (who, in my book, is an icon and just a phone call away) and alongside a positive colleague, Caitlin Brinkman, who has turned into a forever friend. Though I was an anomaly at the company in terms of Black people in my department, I was always embraced, championed, and empowered in my role to do more. Having that kind support in an athleisure-meets-fashion corporate environment reaffirmed my notion to move on.

I was confidently leading new and exciting projects, but I was met with microaggressions from a supervisor. I persisted to do my job and lead with my results, but that negative energy was palpable.

I briefly held positions at Forbes and Rush Communications, but returned to the agency world, where, again, I was the only Black woman at the company. Still, I was excited to get back on track to doing PR—and the long hours in the office, working, researching, and connecting reflected that. Once again, I was championed by a boss; this time, Matthew Arrowsmith. He was a results-oriented supervisor, and knew I wanted to work primarily on fashion accounts and recommended my transfer to that team.

After surpassing expectations on several projects, I walked up the ladder to account director, focusing on menswear and accessories brands on the team, along with having junior team members to manage. I thought things were going well. I was confidently leading new and exciting projects, but I was met with microaggressions from a supervisor. I persisted to do my job and lead with my results, but that negative energy was palpable.

By the time I resigned, my top client was immediately notified and advised that I was “not really leading the account.” My former supervisor claimed that she had been leading it all this time in order to secure the client’s status at the company, fearing that I would take them with me. I had no plans of poaching said client. After I removed the metaphorical knife from my back, I leaned into my new steps.

This experience led me to a director role at a high-profile fashion agency within their communications department under George Macpherson, and then Cheng Hee Kang, who both, like others before, championed me to lead my team, liaison with the client, and launch brands under my own direction. I felt positive again. I tried not to focus on what didn’t sit well with my spirit at my previous job and lean into appreciating the present. Quite frankly, I was happy to be there. I took the best and forgot the rest.

The common thread for me in my career is a championing boss who allowed me to soar. I know for many of the Black people in fashion, this is typically not the case.

I never planned on opening my own agency, but other people believed in me and encouraged me to do so. But after my business partner—who was a white male—stifled my communications with my main menswear brand, I wanted a break. I wanted to reassess my next steps. I asked myself, “Did I need to step back? Did I put in all that work for nothing?” A sneaker leader answered these questions for me. He sent me a recommendation that jump-started my company. Now, four years later, Sandrine Charles Consulting is still 90 percent recommendations based.

The common thread for me in my career is a championing boss who allowed me to soar. I know for many of the Black people in fashion, this is typically not the case. With 90 percent of my past supervisors being my allies, I wanted to do the same whenever I hired people, which was my initial window to spark change.

In light of the racial uprisings, Teen Vogue’s editor in chief, Lindsay Peoples Wagner, and I connected about three weeks ago and had long conversations reflecting on stories that share the same threads of “What It’s Like to Be Black in Fashion,” which she wrote for New York magazine in 2018. From this, we announced the launch of the Black in Fashion Council.

We wanted to hold companies and brands accountable rather than calling them out. We wanted to get our peers involved at the beginning stage to gauge their interest and get feedback on how we can all get involved. In a short time, it has evolved into a collaborative collective that includes a robust executive board of 30-plus industry leaders, and an advisory board for strategy. A few names include Victor Glemaud, Jason Rembert, Jahleel Weaver, Julee Wilson, Tamu McPherson, Leah Faye Cooper, Jessica Andrews, Technique Bernard, Amanda Murray, Misa Hylton, and Samira Nasr.

For our objectives, I’m going to defer to Lindsay. “A lot of the work we’re doing is to make sure that everyone in different parts of the industry is getting what they need, so that’s why we have the executive board set up to span so many different areas of the industry,” she says. “What we’ll be rolling out in July is the specific nuances of each area and ways that industry stakeholders should be improving. We wanted to make sure that we weren’t making any blanket statements, but instead giving detailed feedback of things companies can do immediately and some that will take time.

“The long-term goal is to have brands continue to build their relationship with the BIFC,” she continues. “We’ve asked for an initial three-year pledge because we know that things take time when you run major brands and corporations, and there needs to be proper workflows and pipelines in order to see effective change. Success for the BIFC is like what diversity and inclusion expert Verna Myers said best, ‘Diversity is being invited to the party; inclusion is being asked to dance.’”

Indeed, we are working hard to align with brands on concrete internal changes. We encourage people to sign up on our website, which will include membership details once we launch in July. Personally, the Black in Fashion Council has given me a sense of fulfillment; I am excited about the possibilities, and hope it doesn’t go away anytime soon.