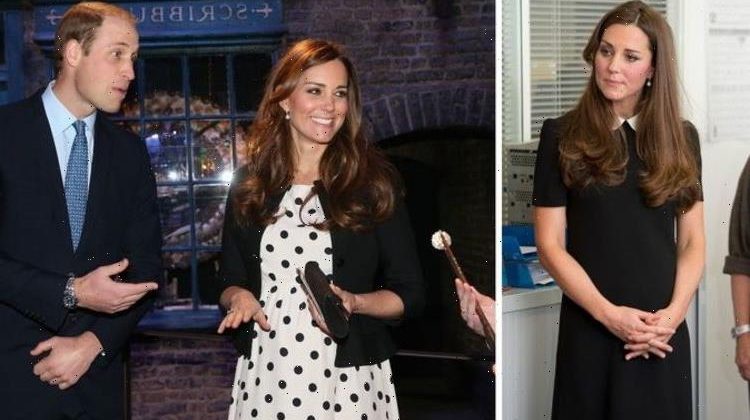 Kate Middleton style: Tips for dressing like the Duchess

Kate Middleton has donned some extravagant garments in her time, from bespoke Alexander McQueen gowns to Dolce & Gabbana jackets. However, Kate fans needn’t fear, as the Duchess is also a fan of more accessible clothing.

It’s no secret that the Duchess of Cambridge is a frequent high street shopper, often seen in clothes from Zara, Gap and Asos.

Fans of the royal can recreate her stylish ensembles on a non-royal budget.

As Kate and William left for a secret honeymoon on April 30 2011, she was spotted in a blue pleated Zara dress.

In 2013, Kate stepped out in Buckinghamshire to visit the offices of Child Bereavement UK.

She wore a simple black shift dress with a white Peter Pan collar from Topshop, which cost $65 (around £48.04).

Unsurprisingly, this quickly sold out; once Kate has been spotted in something, it sells out almost instantly.

The same year Kate took a trip to Warner Bros. Studios, and her £38 black and white polkadot Topshop dress she wore reportedly sold out within just one hour of her appearance.

Stylist Melita Latham stated: “Any outfit, whether high street or luxury, her chosen outfit will always fly off the shelves. Why?Because not only is Kate considered a style icon, at times we all want to feel like princesses too.”

The Duke and Duchess are parents to Prince George, Princess Charlotte, and Prince Louis, so undoubtably Kate has stocked up on maternity clothing.

And future mothers can rejoice, as it’s easy to recreate Kate’s pregnancy looks without breaking the bank.

While pregnant with Prince George in 2013, the mum to be opted for an ASOS maternity dress for a shopping trip in Chelsea, London.

Kate Middleton Style Blog reported that the Duchess wore at least nine Seraphine items during her three pregnancies, including the Florrie Dress which she wore when pregnant with Princess Charlotte and Prince Louis.

The award winning brand boasts totally accessible items, including some dresses selling for as little as £19.

In 2016, Kate rocked Gap’s Bi-Stretch Skinny Ankle Pants on a visit to the Eden Project in Cornwall.

People may be surprised to know that the Duchess of Cambridge not only enjoys a highstreet bargain, she also likes to frequent second-hand shops on occasion.

She even wore a belted grey coat from consignment shop The Stock Exchange to the 2012 Lucian Freud Portraits Exhibition at London’s National Portrait Gallery.

It goes to show that looking and feeling like royalty can be affordable, sustainable, ethical – and fashionable.