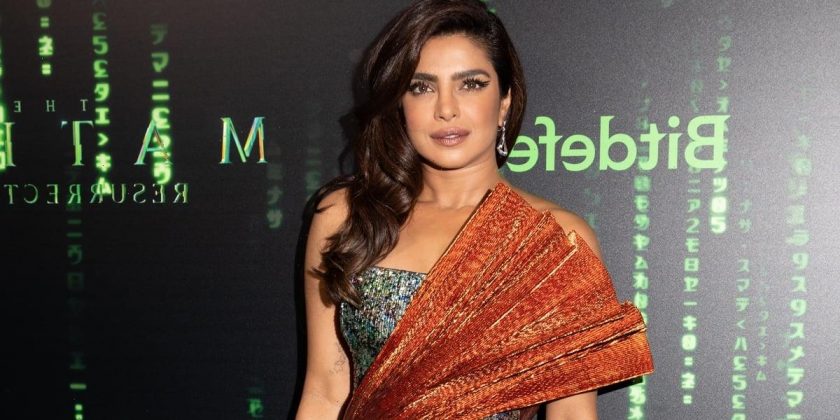 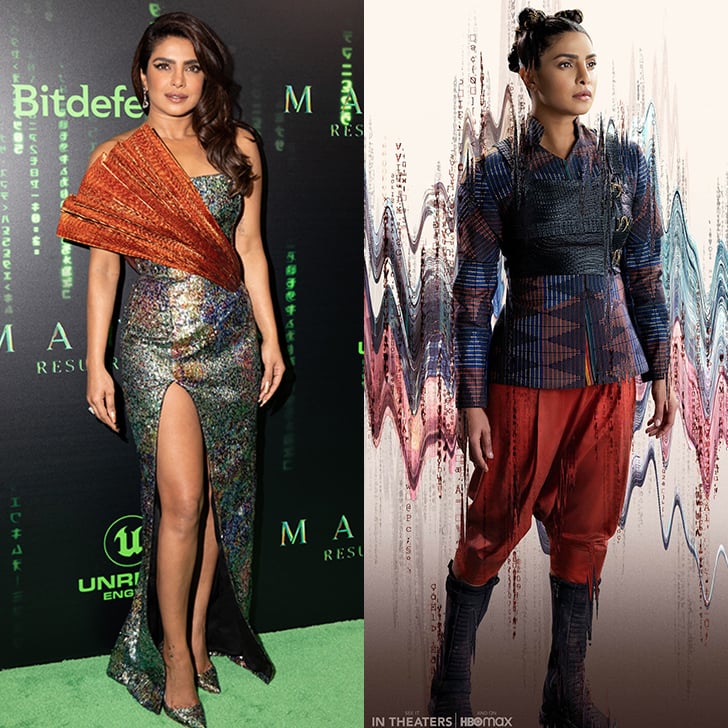 Priyanka Chopra works with stylist and Image Architect Law Roach, so it’s not exactly surprising that her red carpet looks are paved with so much meaning. Law, who has coordinated many a style homage specifically with his client Zendaya in the past, helped Chopra channel her character from The Matrix: Resurrections at the premiere in San Francisco, CA on Dec. 18.

The colors in Sati’s costume on the movie poster directly correlate to those used in Priyanka’s custom Halpern dress, which featured multicolor sequins, a thigh-high leg slit, and fan-like, orange accordion pleating that swept across the bodice. Priyanka even had the perfect Christian Louboutin pumps to match, along with jewels that added to her glow from Bulgari.

“What a night! The Matrix premiere! Also @luxurylaw brought it! The colors of my dress are an ode to my character in the film, Sati. I can’t wait for all of you to meet her!! So proud of this cast and crew. What an honour,” Priyanka wrote on Instagram beneath an album of getting-ready shots where she listed off her glam squad. At the event, Priyanka was joined by cast mates Carrie-Anne Moss, aka Trinity, in custom Oscar de la Renta Couture, as well as Jada Pinkett Smith (Niobe) in a magnificent Giambattista Valli design, proving that celebs showed out big for this occasion.