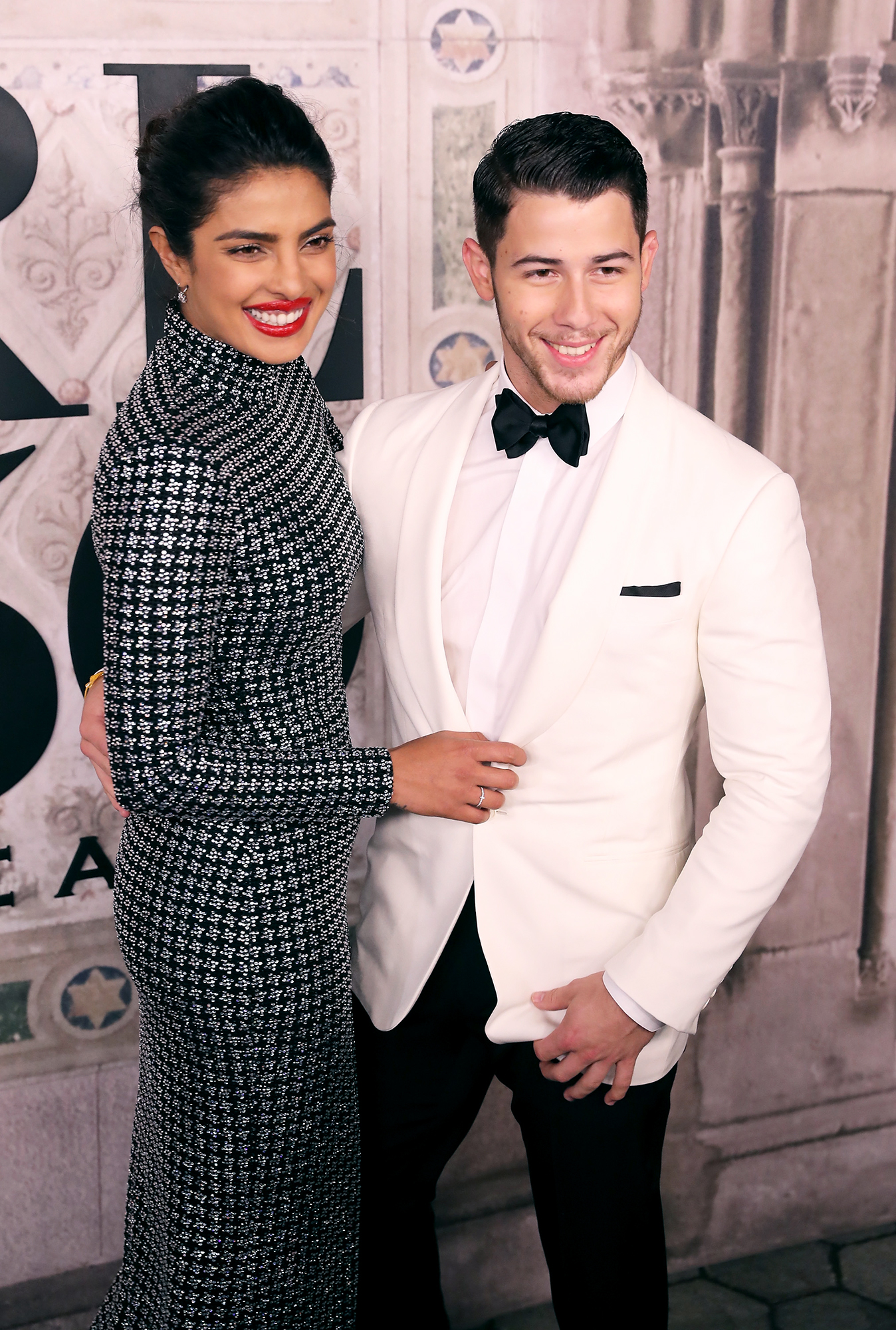 Here comes the bride! Nick Jonas and Priyanka Chopra are just days away from tying the knot in not one but two wedding ceremonies at a palace in Rajasthan, India, and we now have a much better sense of the what the former Quanitco actress will be wearing on her big day. In her cover story for the January 2019 issue of Vogue, Chopra tells the mag that she’ll be wearing at least one custom Ralph Lauren wedding dress — a designer that has a sweet significance for the couple.

According to Vogue, the iconic American designer has created just three wedding gowns (for his daughter, daughter-in-law and niece) in his storied career, but he personally came to the former Miss India with sketches.

Priyanka Chopra Has Kicked Up Her Street Style Game a Notch 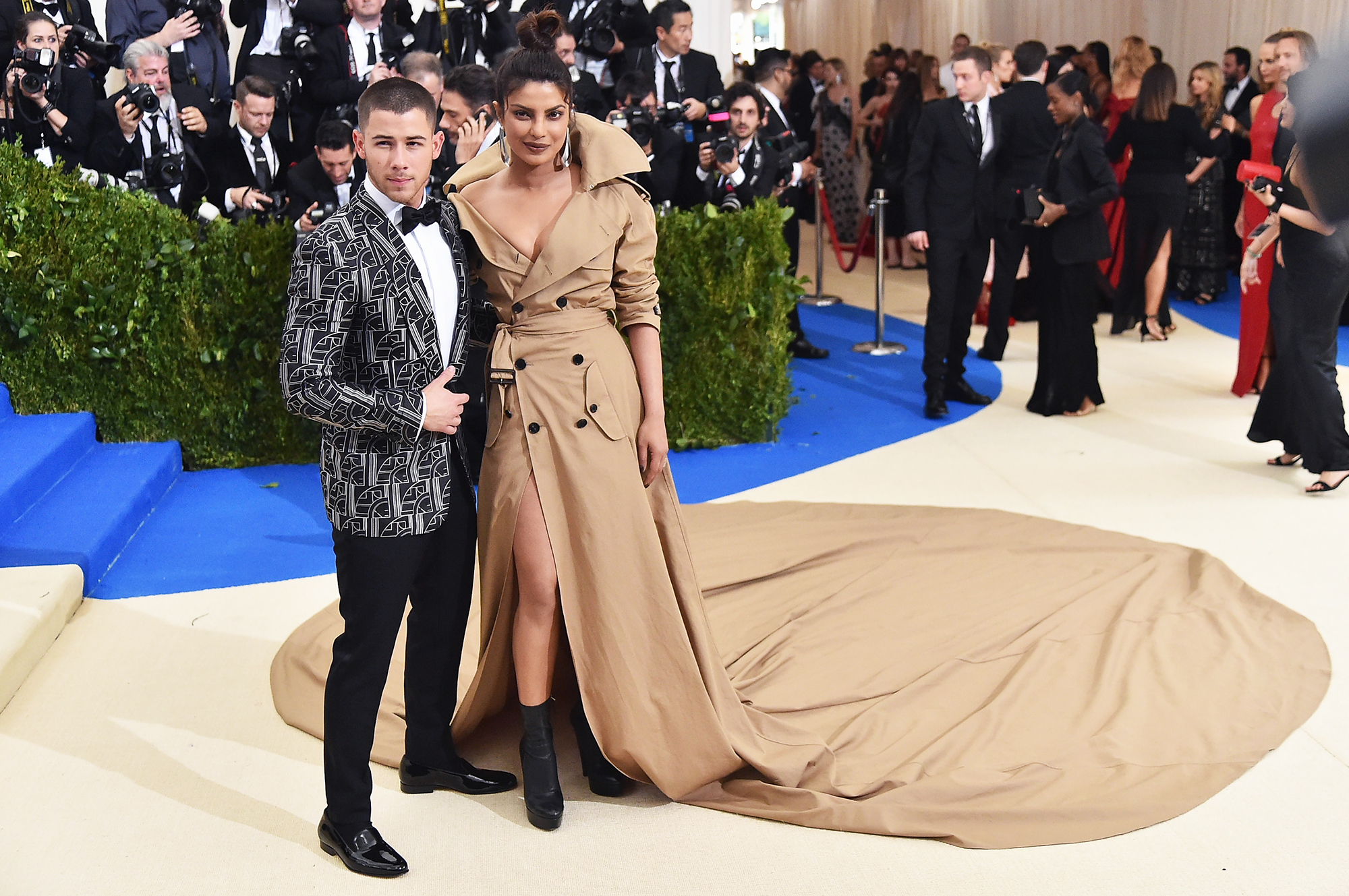 While it remains to be seen what the dress(es) will look like, Chopra has worn Ralph Lauren to the last two Met Galas. In fact, she attended the 2017 event in a trench coat-inspired gown alongside Jonas, who was also dressed by the designer. As it turns out, the two had been casually texting and meeting up here and there when they walked the Met carpet together but nothing was official until a year later.

Priyanka Chopra Stuns in Marchesa at Her Bridal Shower

After a whirlwind courtship and engagement, the pair is set to wed in Chopra’s native country this weekend. The three-day spectacular will include two ceremonies — a traditional Indian wedding and a Christian service officiated by Jonas’ dad who is a pastor — and, likely, loads of outfit changes (designers like Abu Jani, Sandeep Khosla and Sabyasachi are all also rumored to be in contention).

In the lead up to the nuptials, Chopra has already stunned in a feathered Marchesa gown at her bridal shower at the Tiffany & Co. flagship store in NYC and several more customary Indian looks since touching down in Mumbai ahead of the fete. 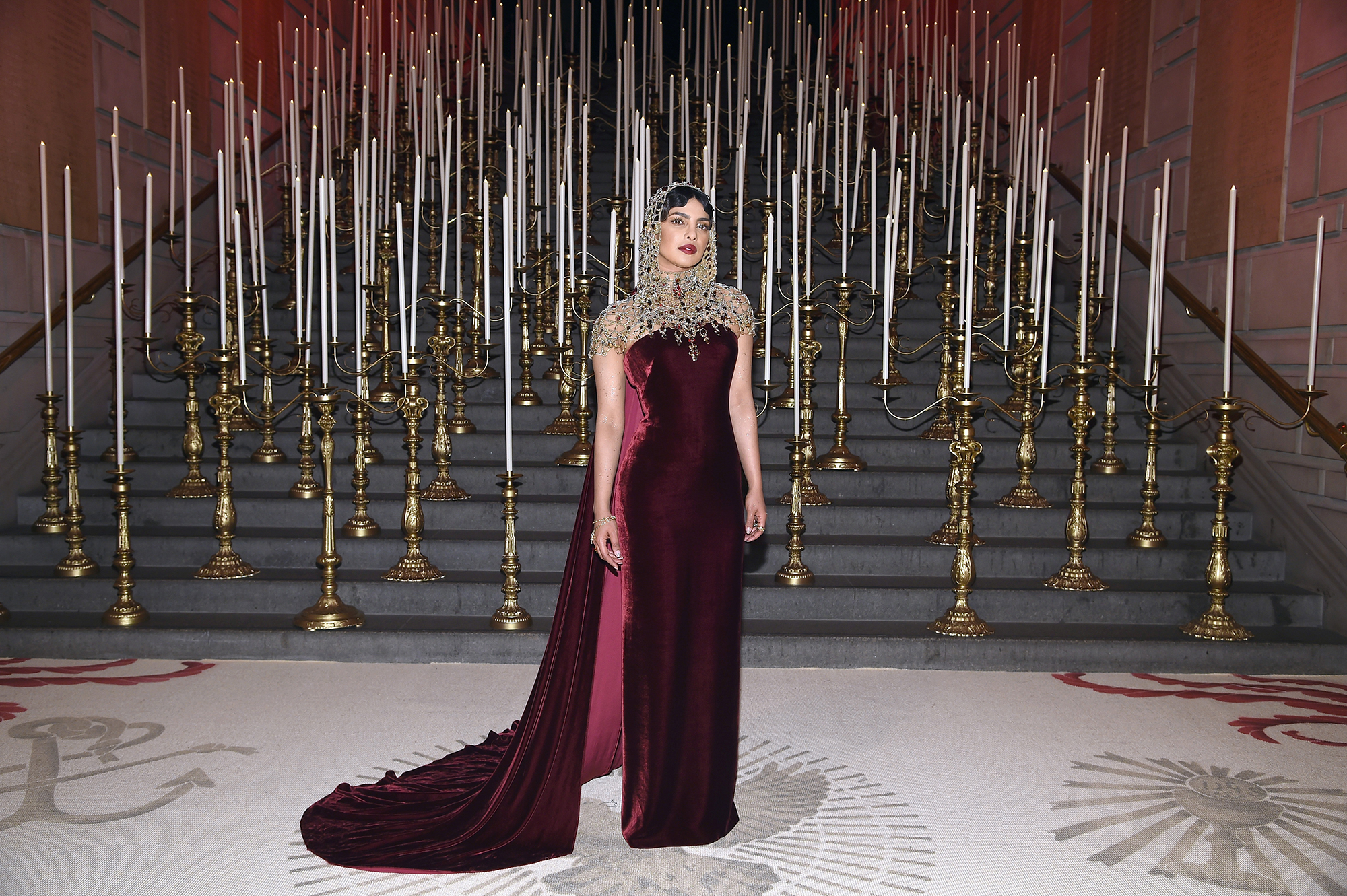 Lauren is known for his slinky Americana designs, but, if the ornate velvet gown and gold headpiece Chopra wore by the designer to the 2018 “Heavenly Bodies: Fashion and the Catholic Imagination”-themed Met Gala is any indication, the wedding dress is sure to be all kinds of glam.