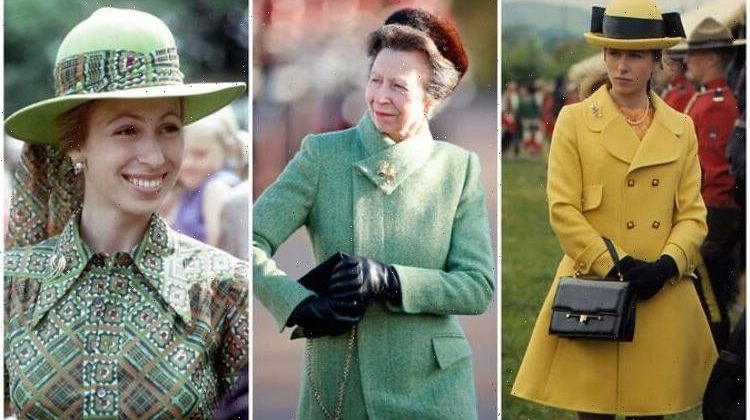 Princess Anne is the only daughter of the Queen and for a while was the most prominent female member of the Royal Family. Until 1981 when the first of her three brothers’ married, the Princess Royal had the global spotlight on her as the single young female royal. Although occasionally compared to her aunt Princess Margaret, most of the attention would fall on Anne who turned 18 in 1968.

Judi claims: “Princess Anne’s penchant for recycling her outfits well beyond their life as fashion items and her Olympic-level sporting career might have seemed a little odd for a Princess when she was younger.

“But now the world has moved on and recycled clothing and physical fitness are seen as admirable.

“She has moved back into fashion in a way that must amuse her.

“This is a woman who could have made a career out of smiling and waving and dressing well but instead she has always thrown herself into her job in the Firm with a work ethic that probably outstrips other, more high-profile royals.

“She is also a woman who has shown high levels of bravery, especially when she encountered a gunman trying to kidnap her in London one evening and put up a spirited fight,” the expert noted.

Can Princess Anne still be considered a fashion icon?

Judi explained: “There was a short period in Anne’s life when both her body language and her choice of outfits suggested she was seeing her aunt Princess Margaret as something of a role model.

“This was when Anne was being expected to look and act like a Disney Princess, setting fashions for the public to copy and posing for glamorous photoshoots and magazine spreads.

“But Anne grew out of the phase of buckling to pressure to look like a fashion icon, her more stoic and no-nonsense side emerged and she became very much her own woman.

“Anne became the Olympic sportswoman with an industrial-strength work ethic in the UK.”

As the only daughter of Queen Elizabeth, Anne is recognised as being one of the most hardworking royals.

In addition to performing duties as the chancellor at the University of London, Anne is the president of the UK Fashion and Textile Association.

The Princess was even nominated for a Nobel Peace Prize in 1990 after working with Kenneth Kaunda, the previous president of Zambia.

The Princess Royal began participating in equestrian competitions from a young age.

An impressive feat, Anne was actually the first member of the Royal Family to compete in the Olympics.

Proceeding this, the Princess Royal became an accomplished equestrian and esteemed member of the Royal Family.

With next Tuesday being International Women’s Day, Judi explored whether Princess Anne fits the perfect role as an “inspirational woman”.

She added: “Princess Anne seems to define feminism and equality but without really going on about it.

“I suspect it’s something she’s just expected which, for a woman who grew up in the ‘60s, when women were expected to give up their careers when they married, seems remarkable in itself.”