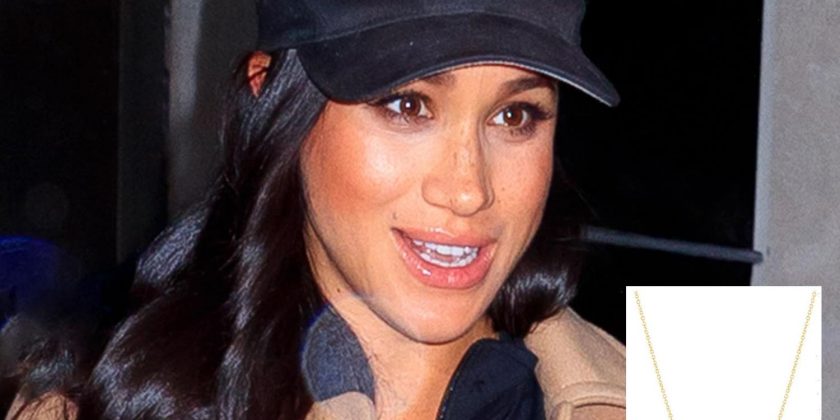 Getting ready to welcome her new arrival, pregnant Meghan Markle, The Duchess of Sussex, was seen rocking the bling following her baby shower in New York. 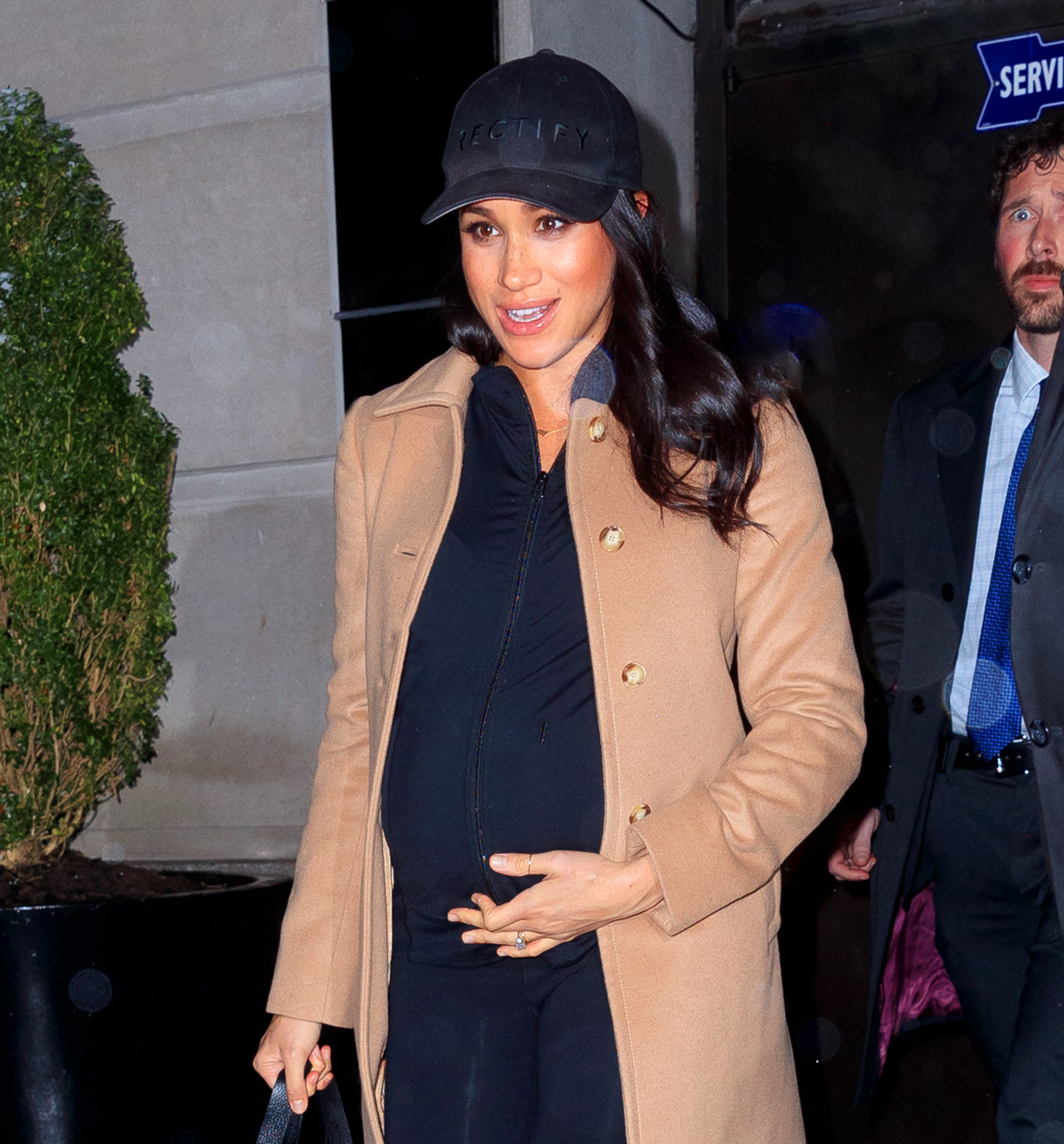 The 37-year-old stepped out in a low-key outfit, wearing a baseball hat and trainers, abut eagle eyed fans spotted a glint of something new.

The former actress was wearing a golden necklace with the British version of mother, ‘mummy’, as opposed to the American spelling ‘mommy’.

It’s thought to have been a gift from one of her friends at her lavish five-day baby shower, held at the luxury Mark Hotel where the penthouse costs £57,400 a night.

And the jewellery, made by Jennifer Meyer, also isn’t cheap, costing a whopping £651.19. 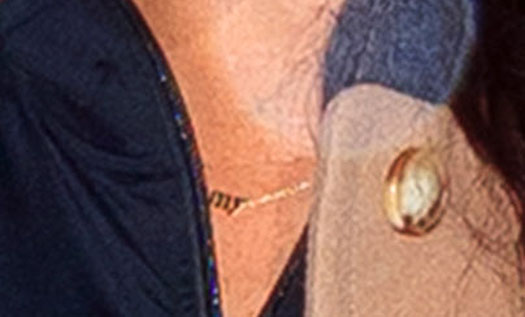 The website describes it as: “A twist on one of our signature pieces, the mummy necklace is handcrafted in 18-karat yellow gold.”

Meghan is known for her love of jewellery featuring letters, previously wearing a gold coin with the letter M on it back in 2012. 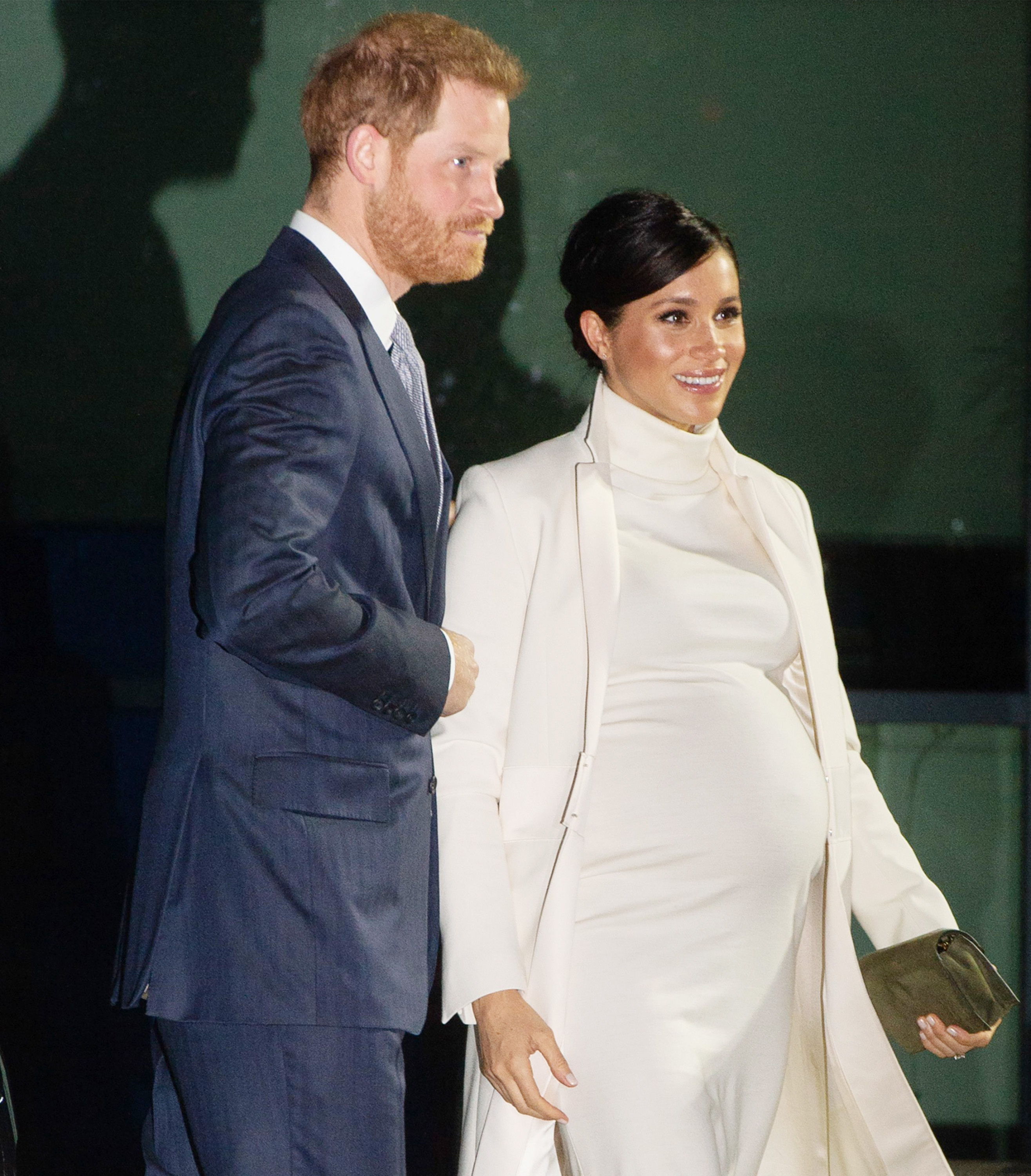 And before her and Prince Harry's relationship was official, she gave a big giveaway that the pair were dating by wearing a custom necklace featuring both their initials, H and M.

In-keeping with the trend, Meghan could be wearing Baby Sussex's name or initials on some jewellery in the near future.

Kensington Palace announced the couple were expecting their first child in October, and Meghan herself let slip she's due in April, though there's no clue yet as to the gender of the baby. 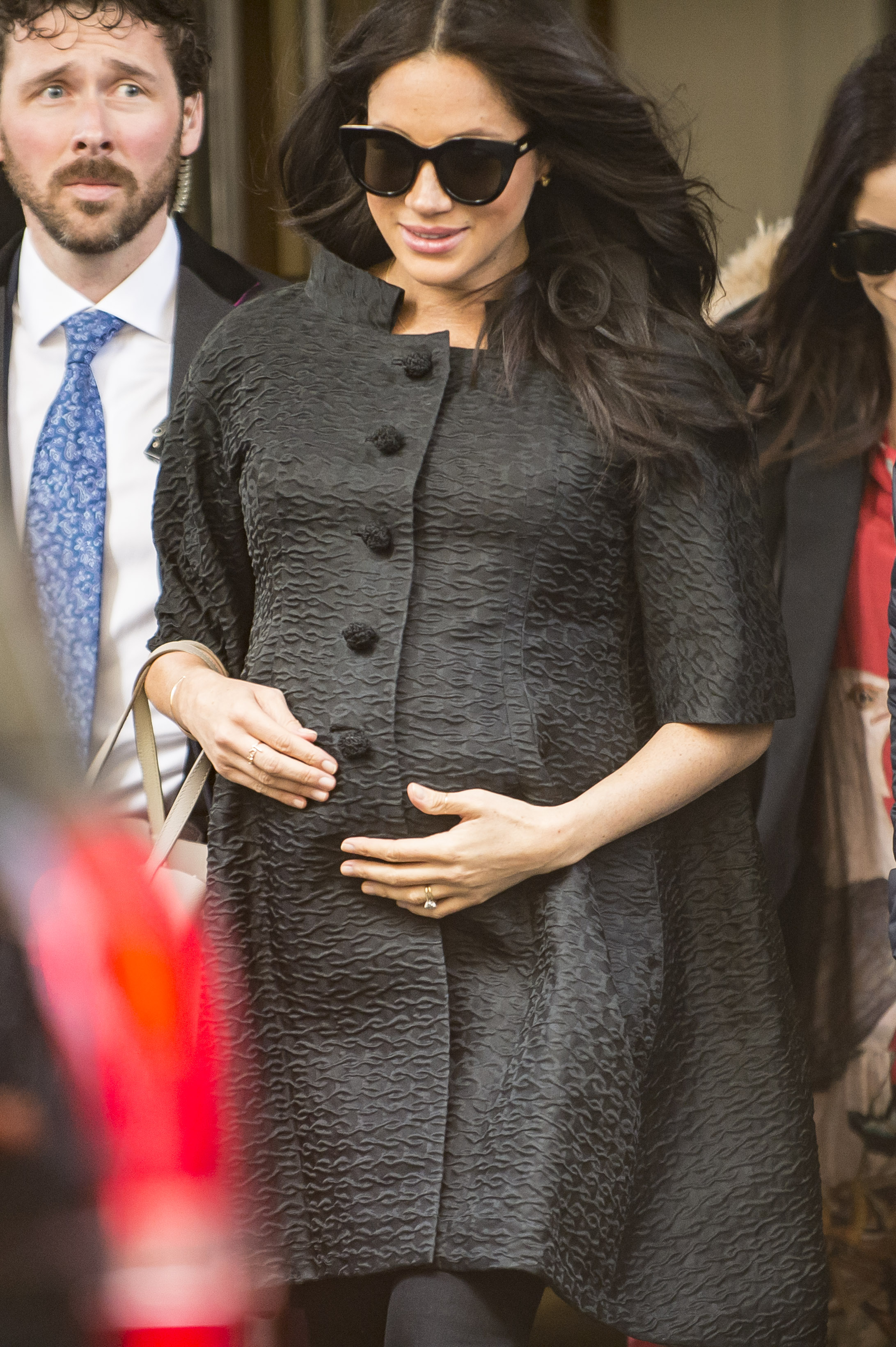 Her glitzy New York bash with her a-lister pals gave nothing away, with both blue and pink decorations seen.

The very public baby shower, thought to have cost £384,000, saw the mum-to-be gifted with the essentials for Baby Sussex, including a £290 crib.

She and Prince Harry are due to move into Frogmore Cottage to raise their baby, due in April, after its multi-million pound revamp.

Meghan is said to have overseen renovations, and designed the gender-free nursery which will have vegan paint.

And as the couple prepare to welcome Baby Sussex, here’s where to get your hands of Meghan’s crib for less.

Not just touching her bump, pregnant Meghan has been warned to stop holding Prince Harry’s hand in public as it ‘irritates’ people.

The Duchess' baby shower shower – where it’s thought she was given the necklace – has showed the ‘real’ her – flashy and power hungry, people claim.