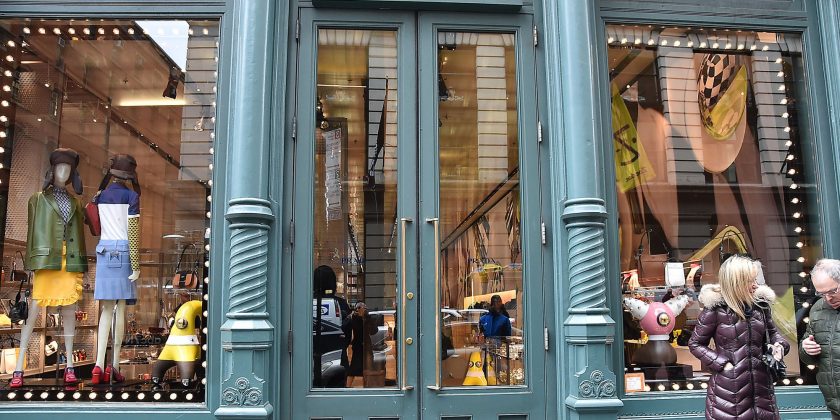 Prada was forced to pull a new range of accessories and displays from its stores Friday following complaints that they featured “blackface imagery.”

The Italian fashion house recently launched a series of $550 keychains and other trinkets in the shape of creatures it dubbed “Pradamalia” — including a character with brown skin and over-sized red lips.

But it scrapped the products Friday after outrage spread online when a horrified New Yorker spotted the character at the Prada’s Soho store and blasted the brand for using “Sambo like imagery” in a viral Facebook post.

“Today after returning to NYC after a very emotional visit to the Smithsonian National Museum of African American History and Culture including an exhibit on blackface, I walked past Prada’s Soho storefront only to be confronted with the very same racist and denigrating #blackface imagery,” lawyer Chinyere Ezie wrote in the Facebook post Thursday.

“When I asked a Prada employee whether they knew they had plastered blackface imagery throughout their store, in a moment of surprising candor I was told that a black employee had previously complained about blackface at Prada, but he didn’t work there anymore.”

Workers at the Soho store Friday morning were spotted lowering the blinds and then removing the offending items from a window display, Gothamist reported.

Prada then released a statement saying it was nixing the “characters in question.”

“Prada Group abhors racist imagery. The Pradamalia are fantasy charms composed of elements of the Prada oeuvre. They are imaginary creatures not intended to have any reference to the real world and certainly not blackface,” the company said.

“Prada Group never had the intention of offending anyone and we abhor all forms of racism and racist imagery. In this interest we will withdraw the characters in question from display and circulation.”