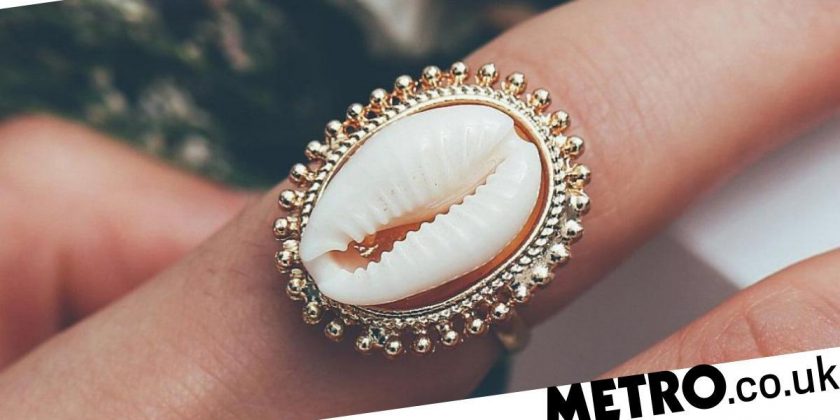 More and more brides-to-be are thinking outside the box when it comes to engagement rings.

They increasingly want original, quirky, unique designs that really say something about their personality.

But there’s unique, and then there is just straight bizarre. And this engagement ring featuring a tiny seashell has fallen on the strange side – according to critics.

After the ring was posted on the Facebook group That’s It, I’m Ring Shaming, people started calling it out – with the most common criticism being that the ring bore an uncanny resemblance to a vagina.

‘It almost looks like a vulva. But the one from the movie Teeth,’ said one.

Lots of people agreed that the ring certainly had an air of female genitalia.

While someone else simply commented with the word, ‘vaggy’.

The ring is described as a creative alloy inlay shell ring, and it features a smooth, white seashell on a gold base, surrounded by gold detailing.

While some can’t un-see the image of a vagina, it might be the perfect ring for someone who loves the beach or wants to feel closer to the ocean.

But it seems no engagement ring is safe from the ring-shaming critics.

Earlier this week another ring was shamed after being posted on a Facebook group – with critics saying it looked like a ‘prolapsed butthole’.

What a pretty image.

So if you ever get engaged and think about posting a picture of your ring online, you might want to steel yourself because the shamers will be waiting.