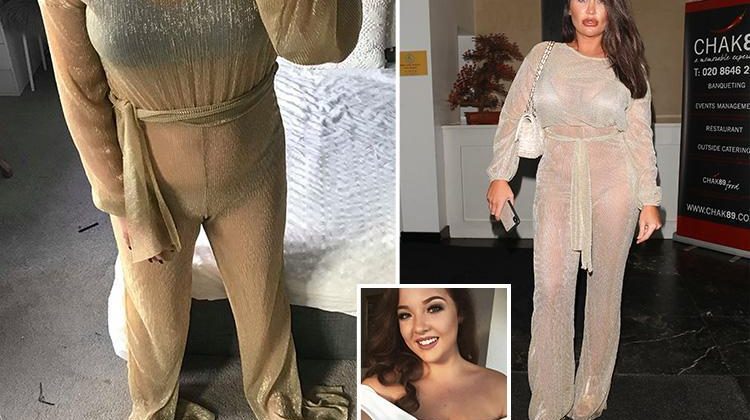 But while most of us have had to deal with an unflattering fit or a lacklustre fabric, one woman's ordinary online shopping dilemma was taken to all new extremes when her new PrettyLittleThing jumpsuit was completely see-through. 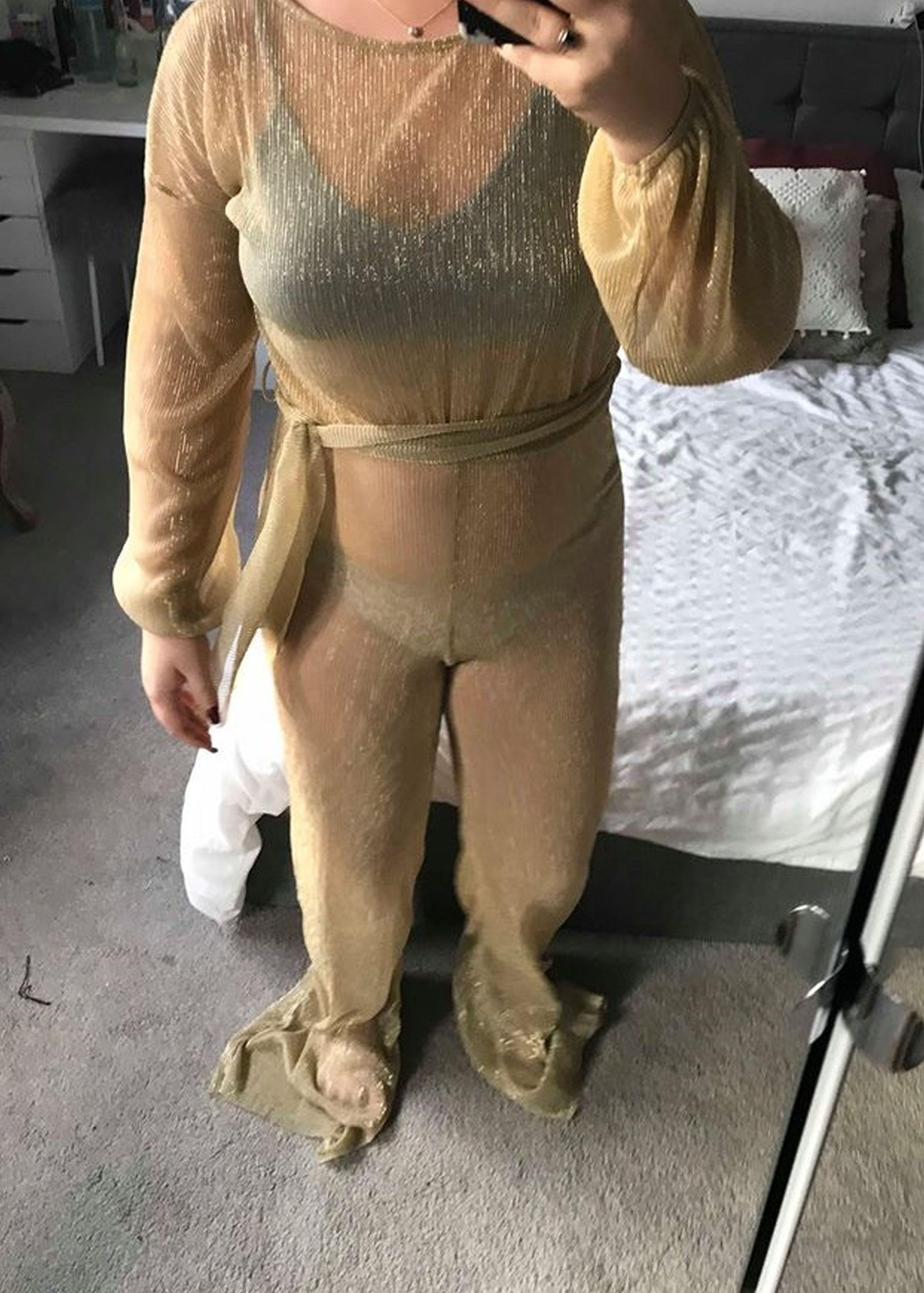 But although the maxi-leg jumpsuit was advertised as "sheer" on the site, Ellen was horrified when the gold garment turned out to be almost totally transparent and left her black bra and pants completely exposed.

What's more, the 5ft 7ins personal assistant also found that the so-called "wide-leg bottoms" bunched around her ankles while the "long-cuff sleeves" hung off her body.

Outraged by the horrifying fashion fail, Ellen immediately binned the catastrophic jumpsuit… but not before she took some hilarious photos first. 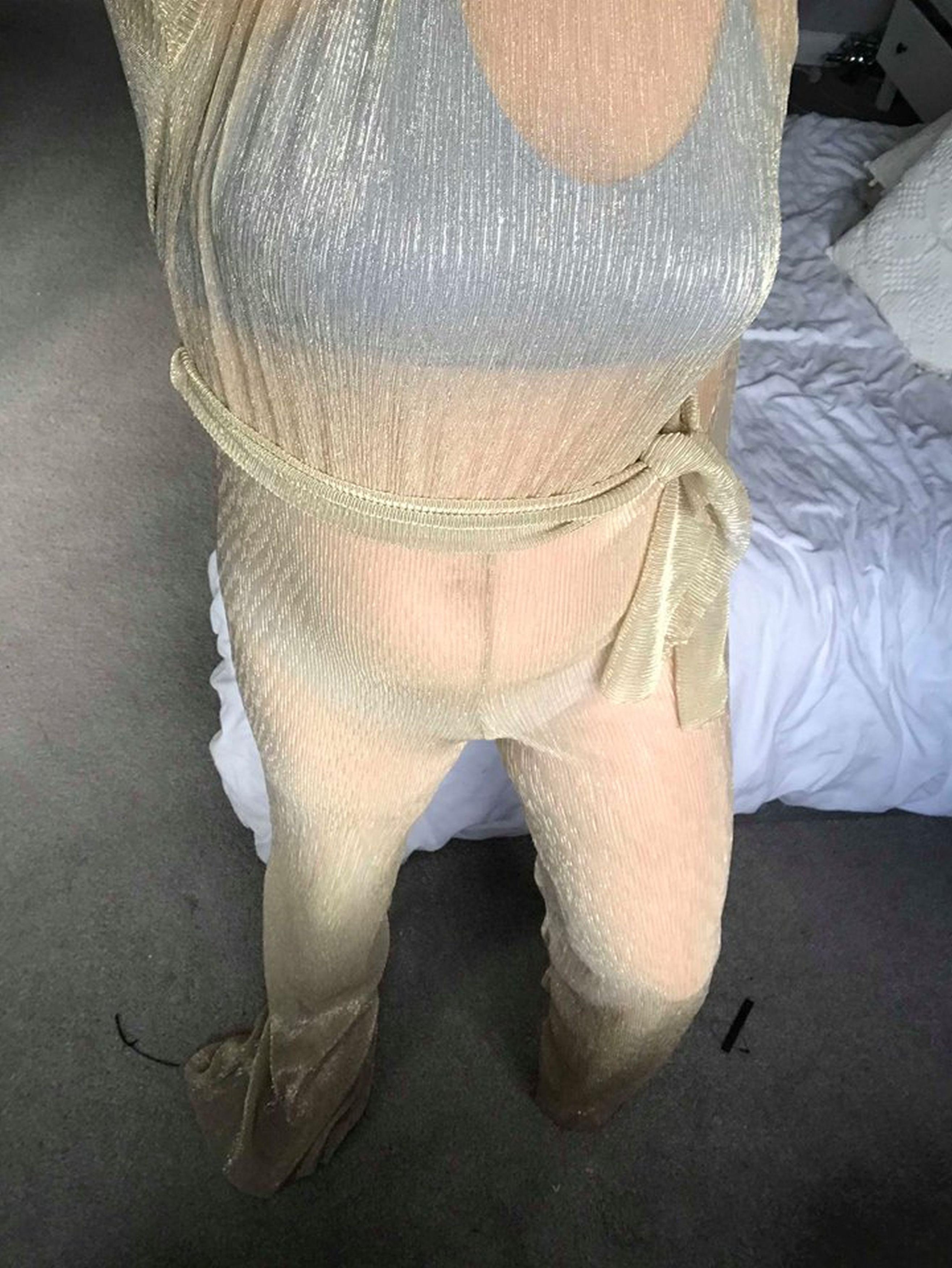 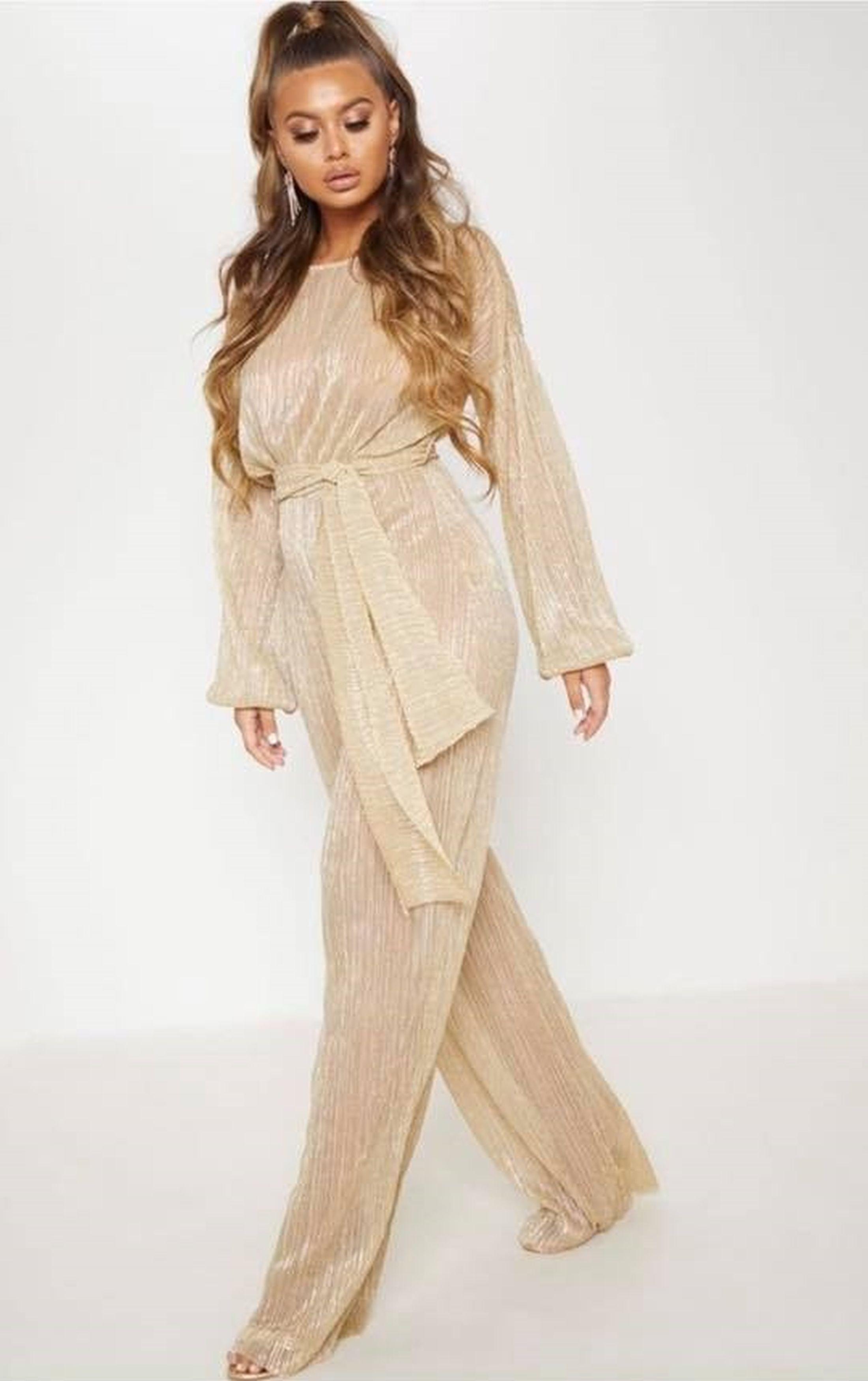 Insisting that she looked like "a drag queen gone wrong", Ellen contacted PrettyLittleThing who refunded her money and told her not to bother returning the baffling jumpsuit.

Seeing the funny side of the fashion fail, Ellen said: "I looked awful. I said I looked like a drag queen gone wrong.

"It's shocking to see how nice something looks on the picture compared to what came through the post. It's so disappointing." 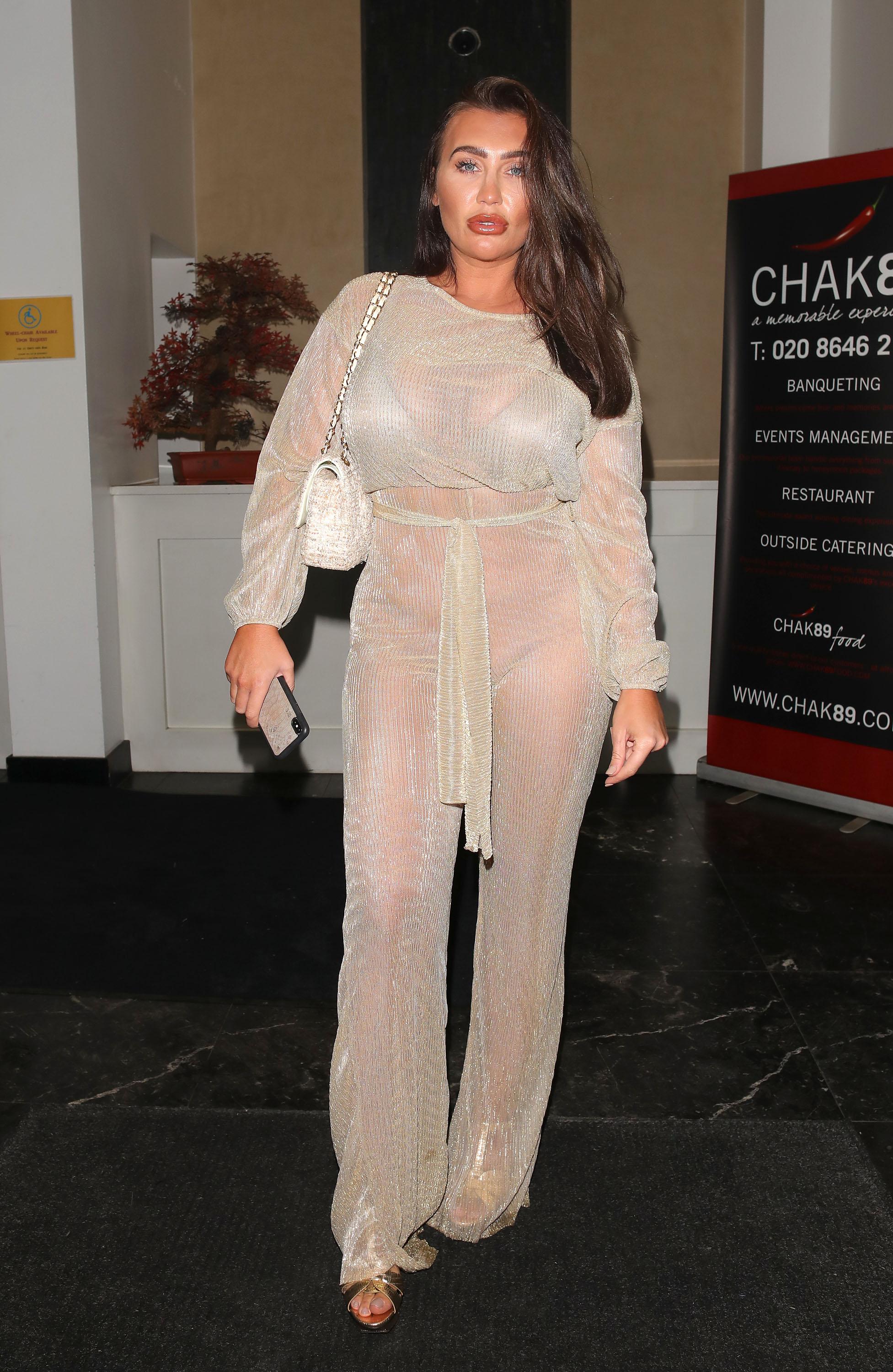 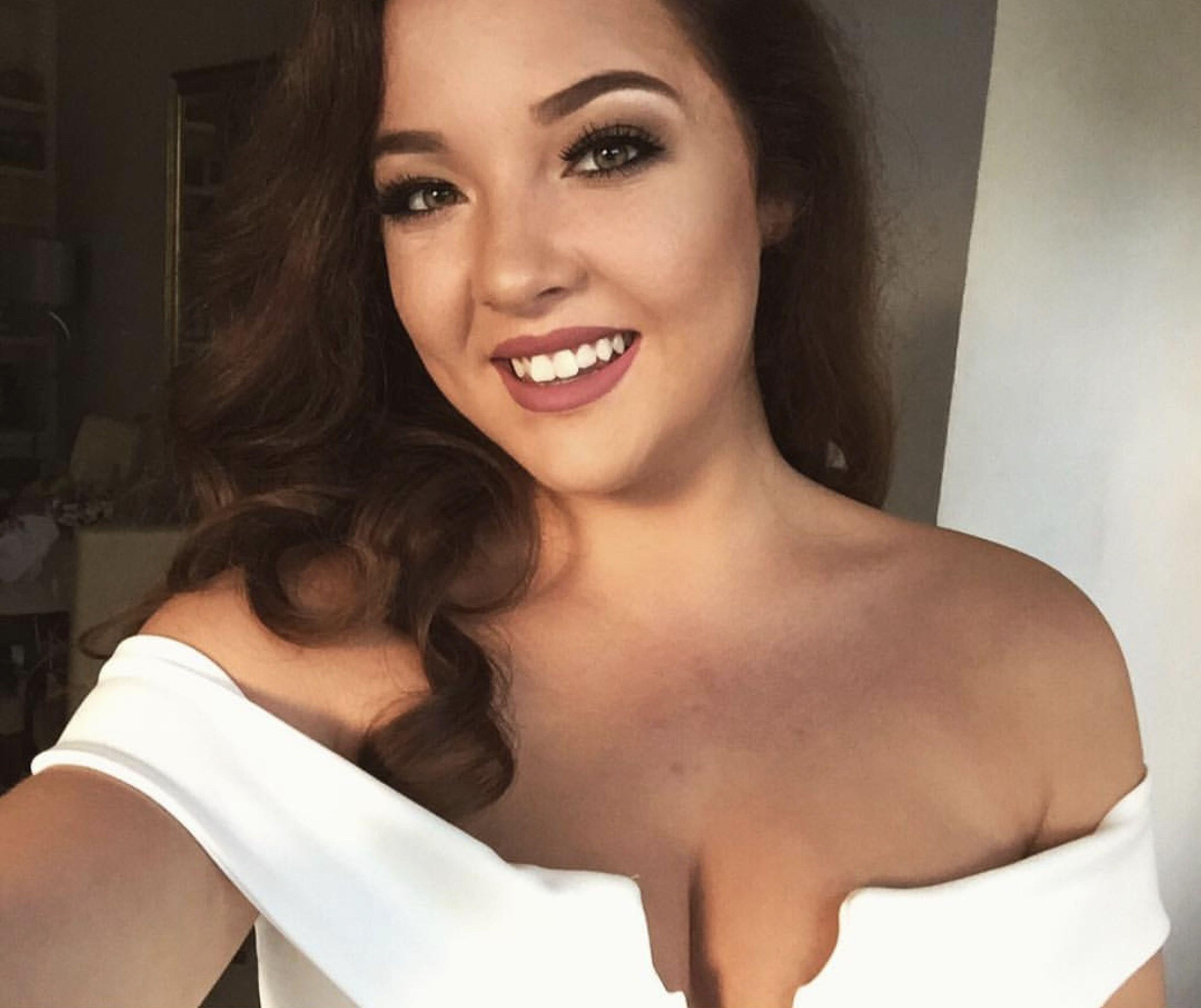 What's more, Ellen also believes that the material of the jumpsuit differed from what appeared on the site.

She added: "They have 100 per cent used different material for the model. It's like two different outfits. It seems like very, very cheap fabric.

"I'd seen Lauren from The Only Way is Essex wearing it and it looks like it did online on her, but there's no way I was sent the same."

Although Ellen's money was refunded, she added: "£35 isn't the cheapest. It's cheaper than some things but it'f I'm paying £35 for an outfit I would expect to be paying for the quality as well."

Fabulous Online has contacted PrettyLittleThing has been contacted for comment.

In even more bonkers fashion news, ASOS is selling a bizarre frayed denim jacket for £250… and shoppers have described it as a "millennial shedding its skin."

Plus Yves Saint Laurent has launched a controversial penis jewellery line including £215 gold earrings and a £520 pendant.

And this menswear brand has released a pair of penis pocket trousers… but we don't see them catching on.