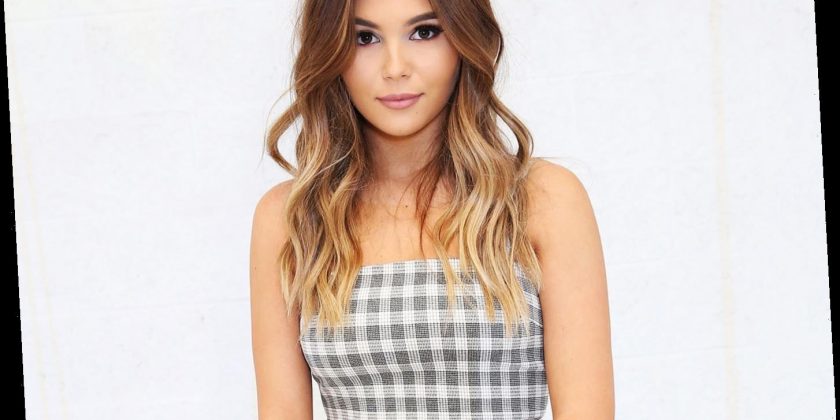 Olivia Jade Giannulli is speaking out about feeling "publicly shamed" for her parents' involvement in the college admissions scandal.

On Friday, the 21-year-old posted a TikTok sharing a message with her followers that she says a "very inspirational woman" told her in the wake of the incident.

"We were talking about being publicly shamed, and I was like, 'Well, my situation doesn't even compare, I'm not even going to start to compare it to yours,' " she said. "And she looked at me and said, 'Olivia, it doesn't matter if I'm drowning in 60 feet of water and you're drowning in 30, we're both still drowning.' "

She captioned the video: "Love this message – have a beautiful day."

Olivia has been active on social media since making her return to YouTube in January, following her mom Lori Loughlin's release from federal prison in December.

Loughlin and her husband Mossimo Giannulli were both sentenced to prison last year after pleading guilty to the charges against them in the scandal. Giannulli is currently completing his sentence at a federal prison in Lompoc, near Santa Barbara.

Olivia previously spoke out in December during an appearance on Red Table Talk, where she told hosts Jada Pinkett Smith, Willow Smith and Adrienne Banfield-Norris that she wanted to "move on and move forward."

"I'm not trying to victimize myself. I don't want pity — I don't deserve pity. We messed up," she said. "I just want a second chance to be like, 'I recognize I messed up.' I never got to say, 'I'm really sorry that this happened,' or 'I really own that this was a big mess-up on everybody's part,' but I think everybody feels that way in my family right now."

Since her release from prison, Loughlin, 56, has been focused on spending time with her family, a source recently told PEOPLE.

"Lori is able to live a private life in Hidden Hills," the source said. "She spends a lot of time at home, does yoga and sees her daughters."

The source added that Loughlin was "very focused" at the time on finishing up her now-completed court-ordered community service and said she "continues to be involved in charity. She always enjoyed charity work."

The source added that Loughlin "can't wait" to welcome home her husband, who is expected to be released on April 17.