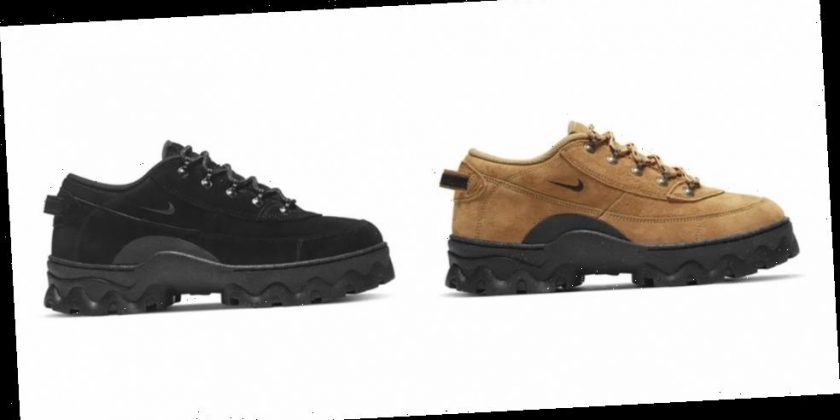 Delving deep into its brand archives,

Dubbed the Lahar Low, each boot has been trimmed to form a low-profile shoe, each of which adorns heavy-duty leather and heritage-inspired details on an upper that sits atop a durable black midsole.

An embroidered Nike Swoosh is housed on the side wall of each boot, while the thick rugged laces and metal eyelets remain in-keeping with the boot’s hiking and outdoors roots.

Nike’s Lahar Low will be available from January 2 via NIKE SNKRS, retailing at $130 USD.

In other news, size? and adidas Originals has wrapped up its “Anniversary City Series” with a Johannesburg-themed sneaker.
Source: Read Full Article