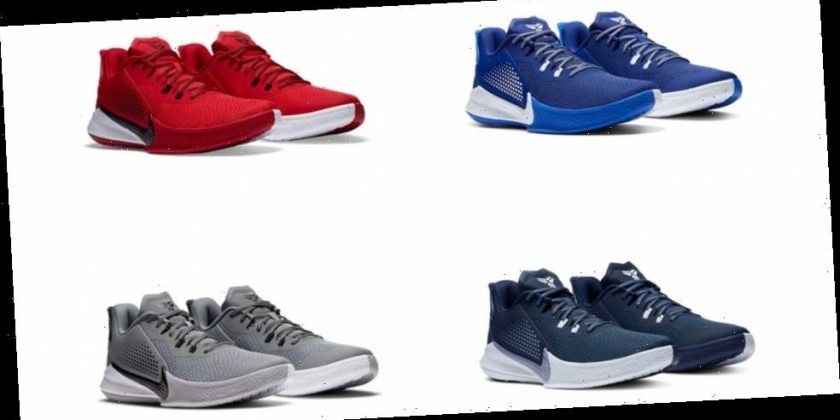 “Deep Royal Blue/Hyper Blue,” “University Red/Gym Red,” “Midnight Navy/Ashen Slate” and “Cool Grey/Wolf Grey” are the four available makeups. The first two styles present bright and sporty tones, accented with black or white Swooshes and detailing. The latter duo scales back their colors a touch, opting for a mixture of navy and blue-grey or a go-with-anything grey and black.

All four are uniform in detail, with a shape reminiscent of past signature models like the Kobe 6 and Kobe 8. Uppers are built of two different meshes: snakeskin-patterned on toebox and midfoot, smooth on heel and collar. Textured Swooshes dip down low into the midsole, seemingly connecting the forefoot and heel. More dotted detailing arrives directly above these conspicuous checks, contrasting with the flecked laces.

Further branding is provided by a sheath logo on the tongue, and a Kobe AD-esque heel spoiler adds a DNA-like logo centered around winding twin snakes. Zoom Air is loaded into the forefoot, and outsoles proffer a slithering traction pattern plus one more sheath logo on the heel.

The Nike Mamba Fury “Team” pack will release on the Nike webstore come August 25, with each pair priced at $100 USD.