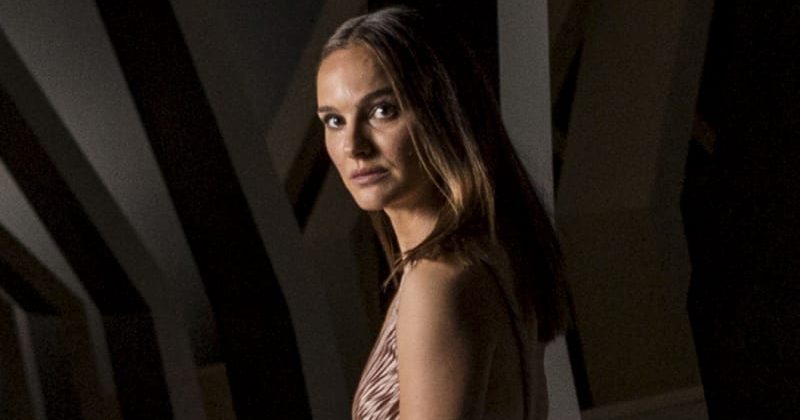 It's been billed as Australia's answer to the Met Gala and on Saturday night, actress Natalie Portman brought some genuine Hollywood stardom to the event.

Portman, dressed in Dior, whose campaigns feature the Star Wars actress, was the headline guest for the benefit and official launch of the Escher x Nendo: Between Two Worlds exhibition. 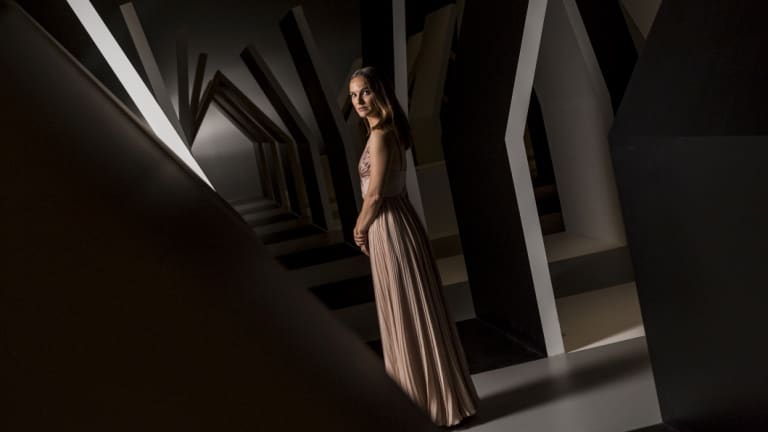 Natalie Portman before the NGV gala in Melbourne on Saturday night.Credit:Chris Hopkins

‘‘The art of a city provides food for the souls and the imaginations,’’ Portman said.

‘‘It’s an incredible way to celebrate the culture of a place.’’

The actress is winding up a family holiday to Australia that has also taken in Byron Bay and a family wedding in Melbourne. She also surprised AFL players at Melbourne at training earlier in the week.

British model and actress Poppy Delevingne, who wore a gown by Adelaide couturier Paolo Sebastian, said one of her greatest fashion mentors is her grandmother, who gifted her a pair of Roger Vivier heels for her 21st birthday that remain unworn.

"It was an important time, I was abroad and … I would look at the shoes and they sat on my bedside table and I would look at them and remind me of being at home. I have never worn them – I feel like if I wore them they would wear away and it would be heartbreaking," said Delevingne, who attended the gala as a guest of American Express. 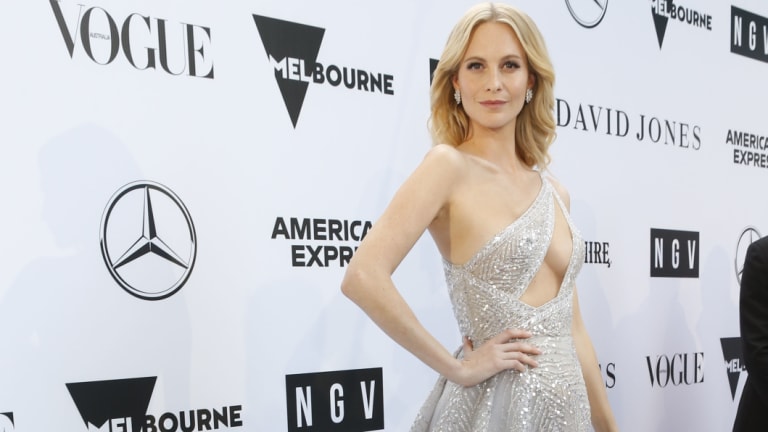 English model and actress Poppy Delevingne on the white carpet for the second annual NGV Gala on Saturday night.Credit:Paul Rovere

"I am a girl with a tiny shoe habit. When I moved to New York when I was 18, I didn't have any furniture so I slept on a blow-up mattress and instead of a cupboard, I kept my shoes in the fridge. And there was a great deli downstairs."

Delevingne, 32, works with several environmental and women's charities, including Lady Garden, a foundation started by her sister, Chloe, in 2014 to raise awareness among young women about gynaecological cancers. She has also travelled to developing countries in her work with Save the Children.

"Me and my older sister, when we were younger we called our [genitals] 'lady gardens', and that's why the charity is called that," she said. 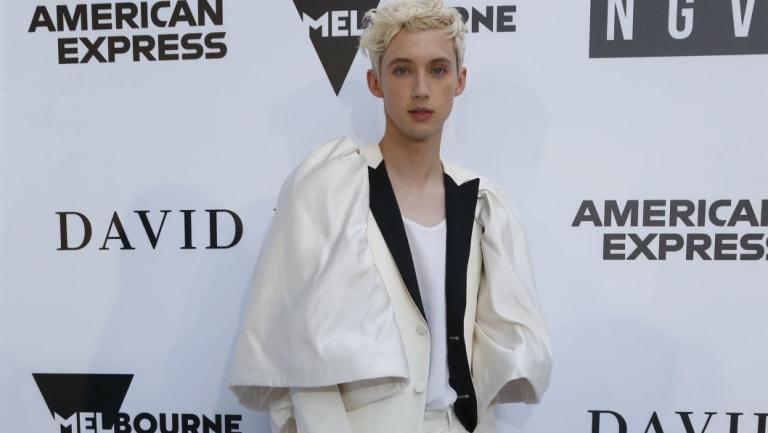 She said it was important that in the social media age when young women in particular are so easily influenced that celebrities share the "less perfect" aspects of their life.

"When I do interviews I like to be as real as me as normal," she said. "It's something [my sister, model] Cara did so beautifully, her whole thing was 'embrace the weirdness' … she was such a pioneer for making girls realise it's not all perfect [backstage at shows], she was a real leader in that way. Embrace your weirdness, embrace your imperfections."

As a good friend of Princess Eugenie, Delevingne and her sister, Cara, both featured widely on best dressed lists from the royal's wedding to Jack Brooksbank in October.

"I know Eug is very thoughtful when it comes to ethical and sustainable fashion," she said, explaining her choice of vegan feathers for the Victoria Grant hat she wore to wedding. "I've always been a huge fan of Stella McCartney. Everyone should be watching out for these brands that are up and coming that are better for the environment."

Other guests at the NGV Gala included singer Troye Sivan, who performed at the event, Jessica Gomes and Nadia Fairfax.